Trent Alexander-Arnold has revealed Virgil van Dijk is still playing an active role in Liverpool’s quest for more silverware. The Dutchman is expected to miss the majority of the 2020/21 season after undergoing surgery on his anterior cruciate ligament, after hobbling off in the 2-2 draw with Everton.

Van Dijk’s operation was described as successful in a recent club statement but the Reds are now focused on the season ahead without the Dutchman.

Fabinho stepped up to the plate at centre-back in wins over Ajax and Sheffield United before limping off with a hamstring injury against FC Midtjylland.

Now Nat Phillips and Rhys Williams have been tasked with filling in as Joel Matip bids to prove his fitness.

Van Dijk may not be available but his defensive colleague Alexander-Arnold has now opened up on the role he is playing behind the scenes at Anfield. 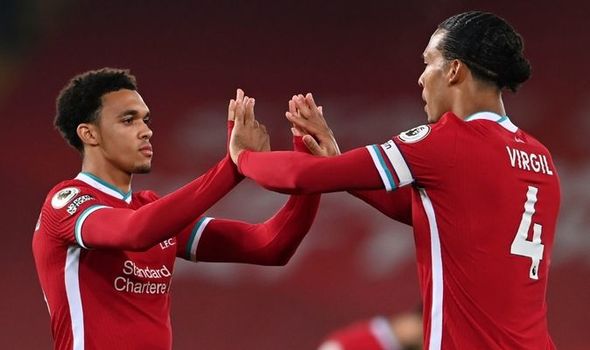 He told BT Sport: “For us, his presence is obviously missed.

“He’s somebody who is so enthusiastic and so loud. He’s still engaged with the team, he’s a massive massive leader.

“He’s always giving us good luck messages and well done and stuff like that but it’s something that we’ve had to adapt to.

“I think so far a lot of players have stepped up and made sure his presence has not been as missed as it might have been.”

Phillips earned the man of the match award from Jamie Carragher in the 2-1 win over West Ham last weekend.

The 23-year-old has not been included in Liverpool’s Champions League this season meaning Williams was handed his third European outing against Atalanta.

The youngster spent last season on loan in the National League North with Kidderminster Harriers and his former manager Russ Penn has admitted his shock at Williams’ dramatic rise to stardom.

He said in an exclusive interview with Express Sport: “For me, it was a fantastic loan move but did I think he would be playing Champions League six months later? No chance. 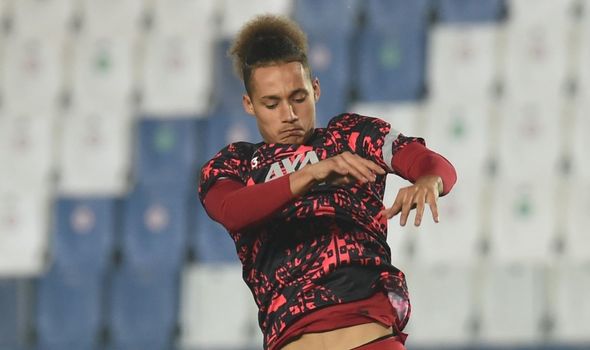 “Even League One, League Two would have honestly been a massive progression and that’s what we honestly thought but things have happened and gone his way and he’s taken his chance.

“I really hope that he can kick on now. Klopp and the academy structure believe he is ready, he has obviously trained around the first team for seven or eight months and they believe this is his time.

“The best thing to do as a manager would be to throw him in and now he’s getting selected all the time. That is Klopp’s decision and what a fantastic story.”

The big challenges keep on coming for Liverpool as they travel to Manchester City in Premier League action on Sunday (4:30pm).