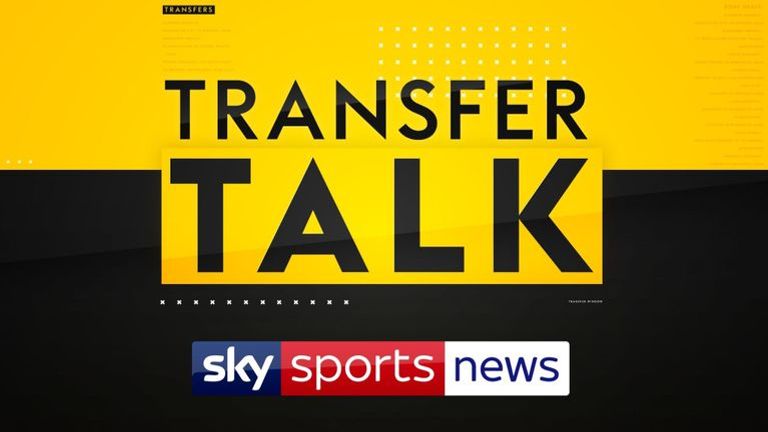 Former striker Henrik Larsson discusses how his move to Celtic materialised and what Martin O’Neill did to transform the team into treble winners.

He explains why he stayed loyal to Celtic despite interest from Manchester United, and the reasons behind his departure to Barcelona in 2004.

Larsson discusses his role in the Champions League final victory over Arsenal before revealing how his surprise loan move to United in 2007 came about.

He also shares how Sir Alex Ferguson and Gary Neville attempted to keep him at Old Trafford before sharing his own opinion on the Cristiano Ronaldo vs Lionel Messi debate.

Harry Redknapp: The deals that did and didn’t happen

He reveals why he was lured back into management at Portsmouth before explaining the reasons behind his infamous move to rivals Southampton and subsequent return to Fratton Park.

Former Germany captain Michael Ballack explains the early beginnings of his career, including winning the Bundesliga title with newly-promoted Kaiserslautern as well moves to Bayer Leverkusen and Bayern Munich.

He discusses missing out on moves to Real Madrid and Barcelona before explaining his decision to join Chelsea, despite interest from Manchester United.

Paolo Di Canio reveals all on his career, starting with his early beginnings in Italy and time with Lazio, Juventus and AC Milan.

The former striker explains how he fulfilled a dream by signing for Celtic and why his time in Scotland lasted only one season.

Di Canio discusses the infamous push on referee Paul Alcock, his brief exile from English football, and his decision to return to sign for West Ham.

He opens up about his famous scissor-kick goal of the season against Wimbledon and why he twice turned down the advances of Manchester United, which included a call from Sir Alex Ferguson on Christmas Day.

Di Canio reveals his anger at leaving West Ham and what he was prepared to do to stay at the club.

Jermain Defoe discusses his early beginnings, Harry Redknapp’s role in his controversial move from Charlton to West Ham, and working with his childhood idol at the east London club.

Defoe opens up on the infamous transfer request handed in 24 hours after West Ham’s relegation and reveals the truth behind what led up to it.

He discusses his move to Tottenham, how he ended up linking up with Redknapp – his ‘dad in football’ – at Portsmouth, and deciding against a big switch to Serie A in favour of re-joining Spurs.

Defoe explains the reasons behind his move to MLS with Toronto and why he cut it short to return to the Premier League. He also reveals the Rangers legend that helped convince him to move to Ibrox and how he feels as his career enters its latter years.

Former striker Dimitar Berbatov explains his humble beginnings and how he was nearly forced to sign for a club by a Bulgarian mafia boss.

Berbatov discusses how he joined Bayer Leverkusen, their incredible 2000/01 campaign, and why he was keen to emulate Diego Maradona at the Bundesliga club.

He opens up on his switch to Tottenham, his partnership with Robbie Keane, and the truth behind his exit from the club.

Berbatov reveals the inner workings behind his Deadline Day move to Manchester United and the role Sir Alex Ferguson played in convincing him to join the Old Trafford club.

Former strikers Eidur Gudjohnsen and Jimmy Floyd Hasselbaink recall how they both joined Chelsea in 2000, with Eidur revealing the Premier League club he could have moved to before making his switch to Stamford Bridge.