Despite football’s postponement and the uncertainty over the next transfer window, Tottenham Hotspur will still be working on their list of potential new arrivals and who will depart to make room.

It remains hard to ascertain how big the financial impact will be from the coronavirus pandemic, and what effect that will have on transfer plans, but head coach Jose Mourinho will have a good idea about his current squad and how the land lies for each of them going into the summer.

Spurs were on a terrible run of six games without a win in all competitions prior to postponement; knocked out of the Champions League and their chances of qualifying for next season by finishing in the Premier League’s top five seriously under threat.

The good momentum Mourinho had built was largely scuppered by injuries to several key players, and the club had invested in some new talent in January, meaning changes to the squad had already begun to take shape. But what conclusions might Mourinho have reached about the rest? Lyall Thomas tries to predict who could stay or go from Hotspur Way… 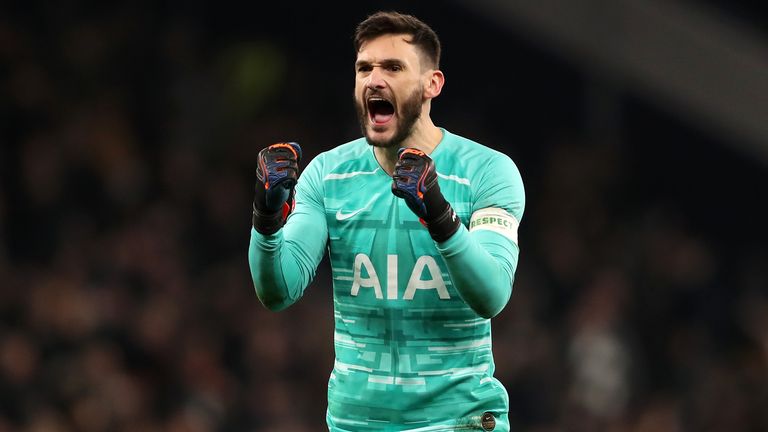 The cost of replacing one top goalkeeper with another these days has become huge. In better financial circumstances, Spurs may have looked at replacing the 33-year-old after a string of errors, but that looks unlikely now and the skipper still has two years left on his contract.

The Argentinian showed himself to be an excellent stand-in for Lloris during his long-term injury, and able to push him for the No 1 spot. There is no reason why that should not continue next season. Contract runs until 2022.

Vorm was drafted out of retirement to fill in for the injured Lloris, signing until the end of the season shortly before Mauricio Pochettino’s sacking. The Dutchman has been a great servant to the club and is expected to go back into retirement.

Tottenham were prepared to sell Aurier last summer but he has found a new lease of life under Mourinho, effectively as a false right-winger. He is the only established right-back at the club and Spurs are expected to look into the market for more of a full-back to supplement him; someone bigger and more imposing.

Due to return from a six-month loan at Southampton with his Spurs future no clearer than before he left. He has not played much for Ralph Hasenhuttl, and therefore has not spent much time in the shop window either. But he does not seem to be fancied by Mourinho, who wants to bring in a different profile at right-back too.

Pochettino loved Foyth and is said to view him as a top centre-back in the making, but it remains to be seen whether Mourinho feels the same way. There were unconfirmed reports that Foyth was being offered to clubs in January, and if Eric Dier is permanently restored to centre-back it looks hard for Foyth to break in.

Another player who, less than a year ago, may not have been at the club, but under the new head coach has a new future at Hotspur Way. Having signed a new deal until 2023 and still only 31 years old, Alderweireld has more prime years left ahead of him. 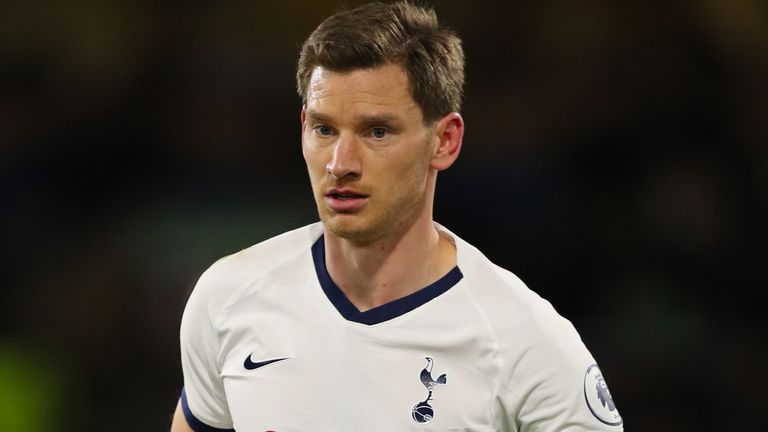 The same cannot be said for Vertonghen. The 33-year-old sees his contract expire on June 30 and there has been no sign of a new offer yet, despite the club making positive noises. He has interest from Inter Milan and Napoli on a free transfer, and the closer to July it becomes without an offer from Spurs, the more likely he is to go to Serie A.

Still relatively young, Sanchez is yet to realise his full potential but has plenty of experience already under his belt across all major competitions and is a dependable centre-back. He still has four years left on his contract too.

His emergence is one of the surprises of the season, and certainly a plus in an otherwise fairly negative campaign. Tanganga’s contract does not expire this summer, contrary to reports, and there have been discussions about him signing a new long-term deal, having become a first-team regular under Mourinho.

His injury shortly after Mourinho’s arrival was a blow to the new manager’s inverted full-backs system. He impressed as an inside left-back in the win at West Ham and still has four years left under contract.

Rose’s loan at Newcastle includes an option to buy the player, but with the Magpies in the midst of a takeover, who knows whether that will be taken up next season? The 29-year-old still has a year left on his Spurs deal and both parties will not want to be stuck with that still being the case when the next window comes to an end.

Tottenham have made a long-term investment in the young left wing-back but he is yet to find his feet in the Premier League and was only played a few times by Mourinho before football was suspended. Would Sessegnon benefit from a loan to another club further down the Premier League? Perhaps, but it is not something Spurs have a habit of doing.

One of Mourinho’s favourite players in the squad, having tried to take him to Old Trafford a few years ago. Dier has struggled in midfield, however, and Mourinho suggested his long-term future is at centre-back. The club actively looking to at other defensive midfielders, including Pierre-Emile Hojbjerg and Geoffrey Kondogbia, points to this being the case. Spurs need to tie him down to a new contract though; his expires next year.

His absence through long-term injury was probably the second major blow to Mourinho, after Davies, and the momentum he had built with the team. Sissoko has become an excellent positional midfielder and, with three years left on his deal, there is no reason why he will not be allowed to continue once he returns. 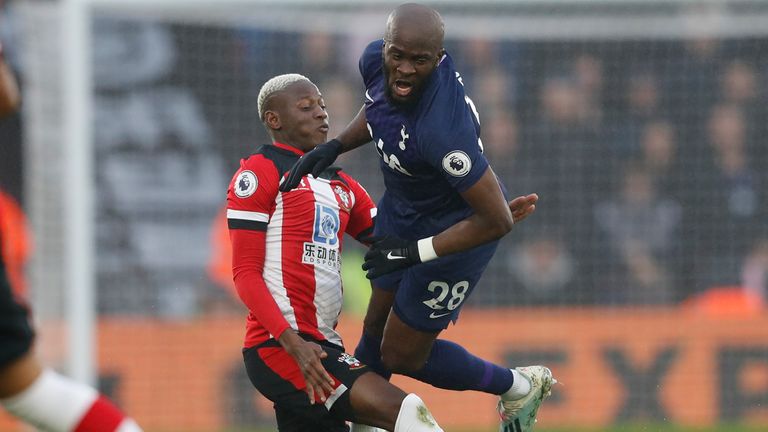 The club’s £54m record signing from Lyon has had a tumultuous first campaign. After an excellent start, his fitness issues swiftly became apparent he has since become the centre of attention, after being called out by both his manager and critics for a series of poor displays. Nevertheless, Mourinho is determined to ensure his obvious potential is realised and it is rare for any club to give up on such an expensive investment after just one season.

It was difficult to see where Winks would fit into Mourinho’s plans when the Portuguese first arrived. The head coach seemed to prefer Dier, Sissoko and Ndombele, but, because of injuries and poor performances, Winks has played a lot and impressed a lot. He still has four years left of his Spurs deal too.

The Portuguese’s loan from Benfica has another season left to run and he is another newly acquired youngster who has shown good potential. His development has been entrusted to his compatriot Mourinho, and the club will hope he does enough to merit becoming a permanent acquisition.

Although Skipp played shortly before football was suspended, it was largely down to necessity, due to the frequency of games, injuries and the poor form of others. When everyone is fit it is hard to see him getting a look in, and he has only a year left to run on his current contract. Spurs do like to keep their English academy players if they can, however.

Amidst all the chaos of Tottenham’s season, and despite his own injury problems, Lo Celso remained consistently excellent and is one of the few pluses to come out of the season so far. The Argentine is the natural successor to Christian Eriksen and could become the nucleus of the team under Mourinho in the future.

Suffered another season interrupted by injuries but showed glimpses of returning to his best under the guidance of Mourinho, who is clearly a huge admirer. Alli has four years left on his Tottenham contract too.

Lamela has never quite re-established himself since his double hip operation in 2017. With other players in his position coming to the fore, it looks difficult to see where he fits into Mourinho’s system and, at 28 with two years left on his deal, he could be one the club can get a good deal for. After seven years at the club it might be time for him to move on.

The club’s most recent acquisition from PSV Eindhoven in January and the future of the Spurs attack. Bergwijn has already shown in glimpses what he is capable of, which is being incredibly dangerous indeed.

Although he has been inconsistent this season, Mourinho rates him highly – having tried to sign him when he was in charge at Real Madrid – and the head coach is expected to stick by him.

Son has become Spurs’ most important attacker behind Kane, is settled and on a long contract. He will be hoping to return from South Korean military duty even stronger and raring to get stuck into an injury-less 2020-21.