Tottenham boss Jose Mourinho has fiercely defended Harry Kane following criticism from the game against Brighton by taking aim at Manchester United, Manchester City, Liverpool and Chelsea. Kane was the subject of some controversy at the weekend when he won and converted a penalty in the 2-1 win at home to Brighton.

Adam Lallana jumped up high to try and win a header on the edge of his box and in the process ended up clattering into the back of Kane.

The Spurs captain fell to the ground and the referee initially awarded a free-kick, but VAR reviewed the incident and adjudged the action occurred inside the box.

Gareth Bale went on to score the winner for Tottenham late in the game, but Kane drew much of the spotlight with accusations that he dived to earn the penalty.

Kane defended his actions, insisting it was a “50-50 decision”. 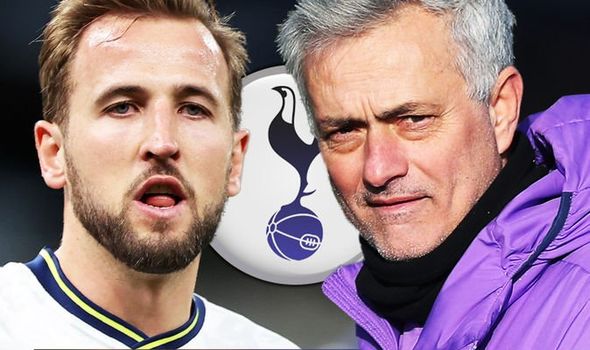 And Mourinho has gone on the offensive to offer his view on the controversy surrounding Kane’s penalty against Brighton.

“And you are speaking about Harry Kane? Who was in a position to control the ball in a dangerous position and Lallana comes with a very reckless action and committed a foul.

“Speak about these penalties where you see the clever guy… when somebody comes and blows, they fall on the floor.