Tottenham manager Jose Mourinho has been praised for attempting to sign Callum Wilson from Bournemouth. The Cherries are demanding £30million for their star striker following relegation from the Premier League.

Tottenham are on the hunt for a back-up striker for Harry Kane, who missed a string of games last term due to a hamstring injury sustained in the New Year’s Day defeat to Southampton.

It has been claimed that Mourinho personally contacted Wilson to sound out his interest in joining his ranks ahead of the new season.

The 28-year-old has Premier League pedigree having fired 41 goals in five seasons for Bournemouth in the top flight.

And former Tottenham striker Darren Bent believes Wilson would be a canny addition. 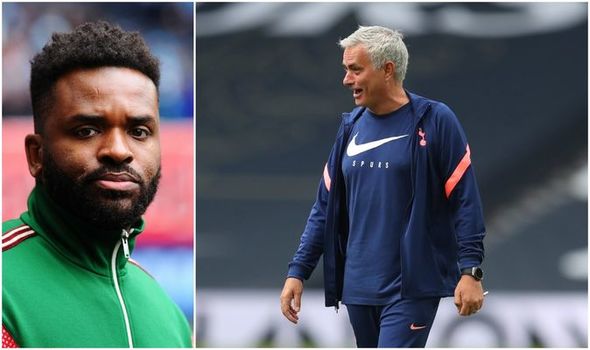 “They need someone who’s adequate backup to Harry Kane and Callum Wilson’s smart enough to understand to know he’s not going to go down there and play straight away,” Bent told Football Insider.

“If Harry Kane’s fit, Harry Kane plays, but we’ve seen Harry Kane get injured every single season for the last couple of years and they’ve never really had anyone come in and be adequate backup.

“You’ve had people kind of carry the load, Son stepped up a bit and scored goals but I think if you’ve got another genuine number nine who can come in and score goals, you never know, if Harry Kane gets injured and Wilson goes and starts smashing the goals in, we’ve got a fight on our hands.

It remains to be seen whether Tottenham can meet Bournemouth’s valuation of Wilson because they have a limited transfer budget due to the financial impact of the coronavirus crisis.

A couple of signings have already been completed, however. Pierre-Emile Hojbjerg was captured from Southampton for £15m while Joe Hart arrived on a free transfer following the expiration of his Burnley contract.

The duo made their maiden appearances in Saturday’s 3-0 friendly win over Ipswich – and Mourinho was full of praise for Hojbjerg after the final whistle.

“The club found very intelligently the moment to do it,” he said. “It was the last year of contract for Pierre, his club was in a difficult situation in terms of negotiation so I think Mr Levy did amazing for us getting such a good player for us.”