Team news, stats and prediction ahead of Tottenham vs Everton in the Premier League on Monday (kick-off 8pm).

Dele Alli is a doubt for Tottenham’s Premier League match with Everton on Monday after sustaining a hamstring injury in training.

The England international, who has a history of such problems, sustained the issue on Saturday, but Jose Mourinho does not know if he will be fit.

“Something today in training with Dele Alli,” Mourinho said. “I don’t think it’s big. I don’t really know what it is.

“Hamstring, which is something he’s had problems with in the past, even in this season, and is always something that makes the medical department think about it.”

Sky Sports are broadcasting 64 live Premier League games for the 2019/20 season resumption. In addition to the 39 matches already scheduled to be broadcast exclusively live on Sky Sports before the coronavirus interruption, 25 more matches are being broadcast on both Sky Sports Premier League and Sky’s free-to-air Pick channel, allowing the whole nation to be part of the return of live sport.

To celebrate the return of the Premier League, Sky Sports have also launched a host of innovative new features and updates to give fans an even more immersive experience and share the moments live with family and friends on virtual platforms.

Tottenham should have had an equaliser at Sheffield United, but at the same time they were well beaten. I have said the same thing. Why have Jan Vertonghen and Toby Alderweireld resigned when Jose Mourinho doesn’t fancy them?

What is the full-back situation? Serge Aurier is a liability but is strong going forwards. Mauricio Pochettino used to chop and change his full-backs most weeks. Ben Davies has been playing but struggles defensively, and he was taken off at Bramall Lane. Tanguy Ndombele was put on when it was an embarrassing scoreline too, so he looks out of favour.

Harry Kane nicked a goal but is suffering at the minute. Lucas Moura is not the same threat and Heung-Min Son looked out of sorts too. It looks confused. Dele Alli cannot get in the team now either. Maybe the shape is too rigid. 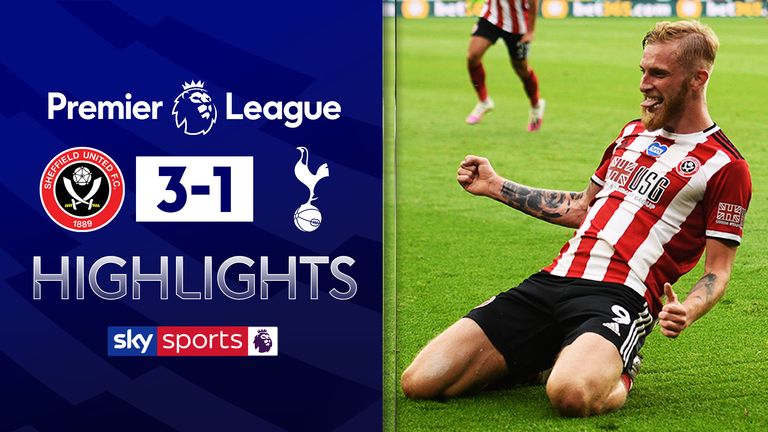 Mourinho is picking the same team but they are making the same mistakes. The centre-backs are struggling and so are the protectors in midfield. Giovani Lo Celso looks good on the ball but is he defensively good? No. They are not understanding what is being asked of them.

The opposite has happened to Everton. It will be a struggle for Richarlison to make this one, but he has played beautifully for Carlo Ancelotti. Jordan Pickford got away with another one and one day he will get punished again.

Defensively, Everton have improved but they are still not as good as what they should be. Michael Keane is getting back to some decent form but is still not consistent enough. On the other side, they are strong going forwards. Dominic Calvert-Lewin is a handful, while Gylfi Sigurdsson is a decent footballer and a creative spark in midfield.

If there was no trophy in the current season for Tottenham or a chance of making the top four, I imagined Jose would move on. All of a sudden they are in ninth place. If they don’t win, Mourinho is not going to be under pressure, but if he does not get the right response, he will say that it isn’t working for him or the team and potentially agree to go separate ways, and that is where Tottenham are stuck at the moment.