Tottenham boss Jose Mourinho is said to have personally contacted Callum Wilson, as he looks to win the race for the Bournemouth centre-forward. Several Premier League clubs are keen on handing Wilson an immediate return to the top-flight after the Cherries were relegated on the final day of the season despite a 3-1 win at Everton.

Wilson is of the belief that his chances of playing for England at next summer’s European Championships hinge on Premier League football.

He has been one of Bournemouth’s standout players since they arrived in the promised land back in 2015.

Eddie Howe has since quit the club and Wilson could now follow in what feels like the end of an era.

Chelsea were linked with a speculative £50million swoop for Wilson last year but his value has since plummeted following a lack of goals on the south coast. 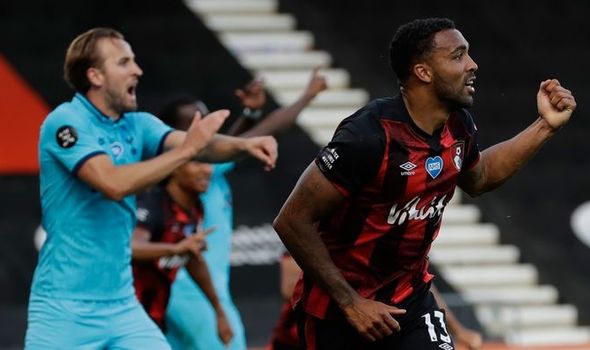 He still has three years remaining on his current deal, therefore Bournemouth are not keen on letting him go for cheap.

According to Football Insider, Tottenham are beginning to step up their pursuit of the 28-year-old.

The report claims that Mourinho has even personally spoke with Wilson in a bid to convince him to move to north London.

The player is not short of potential options though, with West Ham and Newcastle among those keen on his signature.

The Magpies are reportedly preparing a swap deal offer which would see Dwight Gayle and Matt Ritchie head the other way.

Ritchie has already spent three years at the club and helped them seal promotion to the Premier League five years ago.

Aston Villa are also in the running for Wilson but do favour a move for Brentford’s Ollie Watkins.

Spurs need a deputy for Harry Kane, who has had a torrid time with a hamstring tendon injury last season.

Tottenham’s lack of depth in that department has cost them dearly whenever Kane has found himself on the treatment table.

The club failed to replace Fernando Llorente last summer following the expiry of his contract and now Daniel Levy wants to plug the gap.

Mourinho has already warned Tottenham supporters that they will not be able to spend in the same manner as rivals Chelsea and Manchester United.

Spurs have already completed the signings of Pierre-Emile Hojbjerg and Joe Hart. 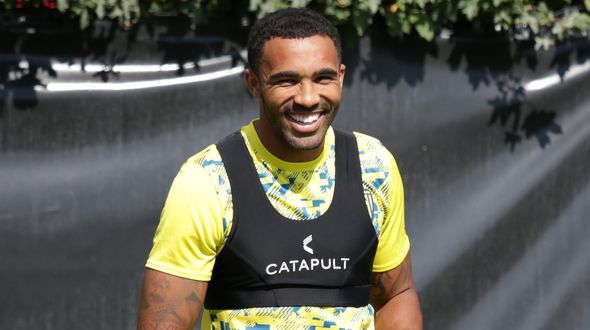 “And let’s go for it. But in this moment I am not even thinking about that because I am focused on these nine matches.

“It’s obvious for us that there are a certain level of options that are not for us. We have to admit that. But that’s a normal situation.

“So United bought Bruno Fernandes, Chelsea’s buying [Hakim] Ziyech and Werner, they can do what they want. It’s not our problem. We focus on ourselves.

“We are going to improve our squad in the way we can do it. No problem.”