Goals from Kane, Son and Toby Alderweireld gave Tottenham all three points against Leeds on Saturday.

It means they now sit just four points behind Liverpool and Manchester United at the top of the table as they look to end their agonising wait for the Premier League title.

And Mourinho, after the game, hailed Son and Kane for their displays.

“Of course, the understanding is good and against Leeds it was important to have that ability in attack,” he said.

“They stay man-to-man so if you stay static you give them an easy job. That movement of Harry Kane and Sonny in the finishing positions fit well.

“I think in the Premier League there are many good players everywhere even in clubs where you don’t believe they can have great players. 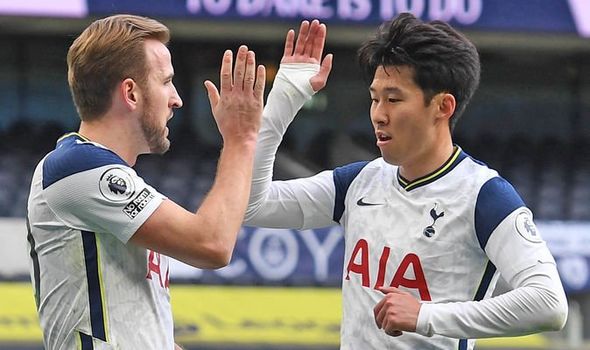 “But I have to say that Sonny and Harry are doing special things this season.

“I want goals coming from other players and I want them to feel like they can express themselves.

Tottenham supposedly face an ‘easier’ run of fixtures but Mourinho insists that isn’t the case.

“When we played the people who are considered the top six people say easier games are coming,” he said. 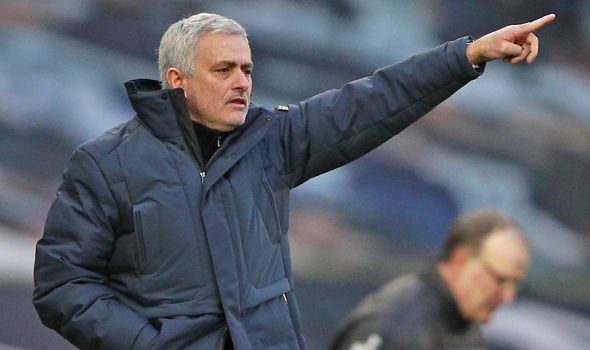 “But I of course don’t believe it.

“Leeds are difficult and Aston Villa is my favourite team in the Premier League at the moment.

“I enjoy watching them, they have good players and very well coached. This is up next.”

While Leeds lost 3-0, Marco Bielsa was satisfied with his side’s performance after the game.

“We had moments and in general the first half was good. It was better in the initial 30 minutes and more even in the final 15 minutes of the first half,” he said.

“The beginning of the second half was our worst moment in the game. And in the end, it was again positive.

“There are two aspects that unbalanced the game.

“The opponents’ forwards were very damaging and difficult to contain. We made some unforced errors which facilitated their attack but we had good offensive production. What we needed to do was not lose the ball in our own half.

“There was a lot of danger on the second balls and on the set-pieces. We could have aspired to a closer game.

“We have already gone through similar moments like this and there are improvements that are needed of course. The ones against Chelsea and Man Utd – this game was clearly better. But there are steps we need to make that we haven’t yet made.”