Former Everton defender Michael Ball believes the Toffees will face competition from Tottenham Hotspur for Norwich City ace Max Aarons this summer. According to reports, the 21-year-old could leave for an affordable price in the coming months.

Aarons enjoyed another fine campaign as Norwich’s first-choice right-back throughout 2020/21.

He made 45 appearances in the Championship, scoring two goals and providing as many assists.

The starlet also featured for England in the under-21 European Championships against Croatia and Switzerland.

Despite Norwich’s immediate promotion back up to the Premier League, he could secure a big move during the upcoming transfer window. 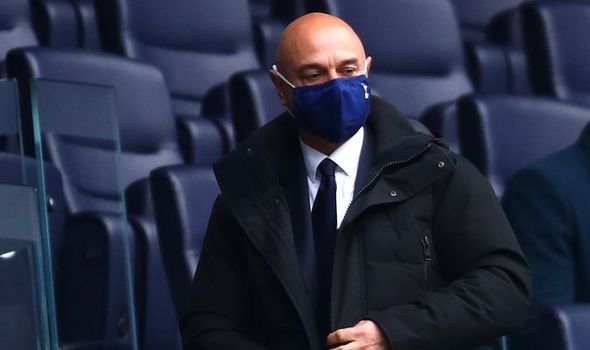 Speaking to Football FanCast, Ball stressed that Aarons has the ability to play in the top-flight regularly, and there could be an incoming “battle” for his signature.

He said: “Max has got that ability; he’s got that experience even though he’s so young.

“Everton are probably going to have a battle on their hands. There’s going to be many clubs looking at Max, abroad and in the Premier League.”

Ball added that Aarons is likely his former club’s primary target, but they will face competition from head coach-less Tottenham.

“Tottenham are looking at him as well,” Ball continued.

“Everton won’t want to go into a bidding war, but I feel Max Aarons is probably Everton’s number one target if they can get the deal right for both parties.

“I feel Everton might step away from the deal if it starts pushing up too high in a bidding war and look for other options but I feel Max is the right style and right player for our football club.”

A previous report from The Independent suggested that Aarons will be able to leave Norwich for £30million this summer.

It’s claimed he has an agreement with the Canaries, should there be any heavyweight interest in his services. 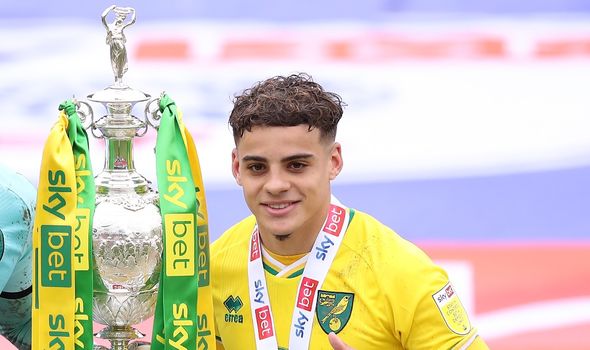 Aarons would enter an exciting backline alongside the likes of Ben Godfrey and Lucas Digne ahead of the 2021/22 season.

Tottenham are unsurprising suitors, too, with Serge Aurier considered somewhat of a liability and Matt Doherty struggling to fit in since his move from Wolves last year.

Despite currently being without a head coach, Spurs are likely to have a plan for summer business.

The club should be keen to bolster a few areas after a disappointing seventh-place finish, which will see them participate in the inaugural UEFA Europa Conference League next term.

There could be a fascinating race for Max Aarons services unfolding very soon, and these two clubs might be at the forefront.