TOTAL WAR: Shocked Spanish press react to how the ‘bomb exploded’ after Lionel Messi stuns Barcelona by telling crisis club by fax that he wants to LEAVE for free… but they demand that rivals pay £200m for his signature

Lionel Messi left the football world in a state of shock on Tuesday evening after telling Barcelona by fax that he wants to leave the club on a free transfer.

Messi has sensationally called time on his Barcelona career after scoring an astonishing 634 goals and creating 285 assists in 731 appearances for the Spanish giants.

Messi’s announcement has left Barcelona in turmoil and on Wednesday morning, stunned Spanish press reacted to the Argentine’s decision that has got everyone talking. 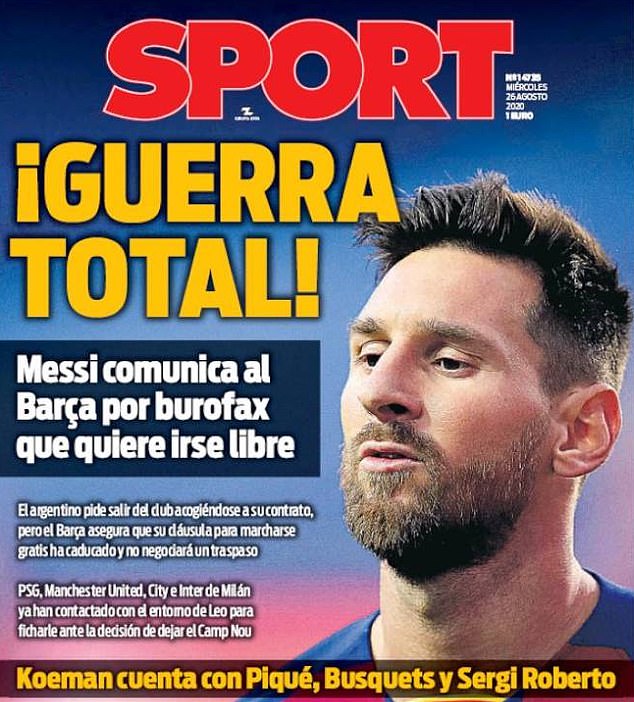 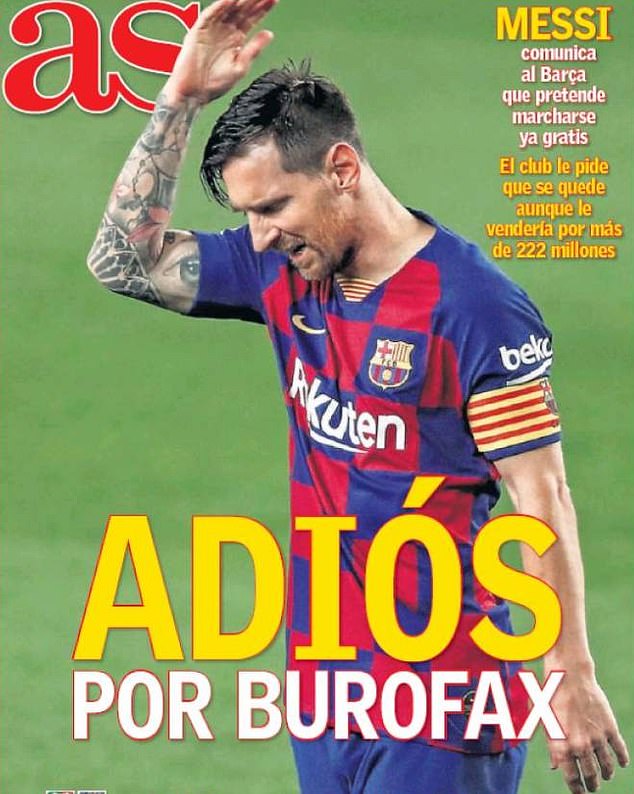 On Sport’s front page, they ran with the headline: ‘TOTAL WAR’, reporting that Messi wrote to the club by fax that he wants to depart the Nou Camp, where he has been since all the way back in 2001.

Sport then go on to report that Paris Saint-Germain, Manchester City, Manchester United and Inter Milan are among the clubs monitoring his intriguing situation.

Meanwhile, AS also run down the fax route before claiming that there could be chaotic times ahead in the Messi transfer saga.

The Spanish paper report that Messi intends to become a free agent this summer but the Nou Camp outfit will demand from any rivals that they stump up €222m (£200m) for his signature. 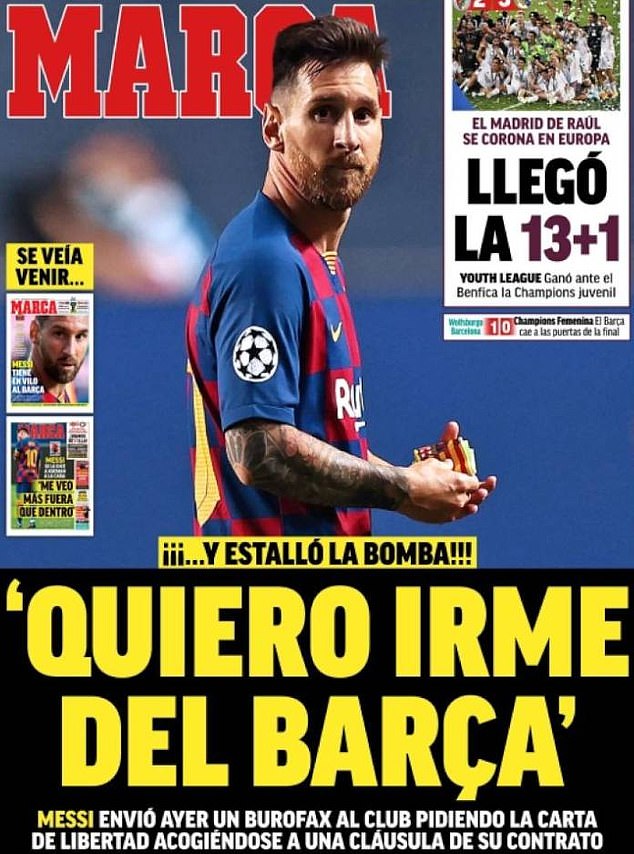 The suggestion is that Messi believes a clause in his contract allowing him to walk away for nothing is still valid because the season ended in August and not May because of the coronavirus pandemic.

Barcelona say the deadline for Messi to leave for free passed in June and will contest the player’s argument that the deadline changed when the season was rearranged after lockdown.

And finally Marca go with the headline: ‘I want to leave Barcelona’ before emphatically printing ‘And the bomb explodes’, again reporting that he told the La Liga side by fax that he is looking to rescind his contract and become a free agent.

They then to go on to state under-fire Barcelona president Josep Bartomeu has called an urgent meeting to get the situation in order. 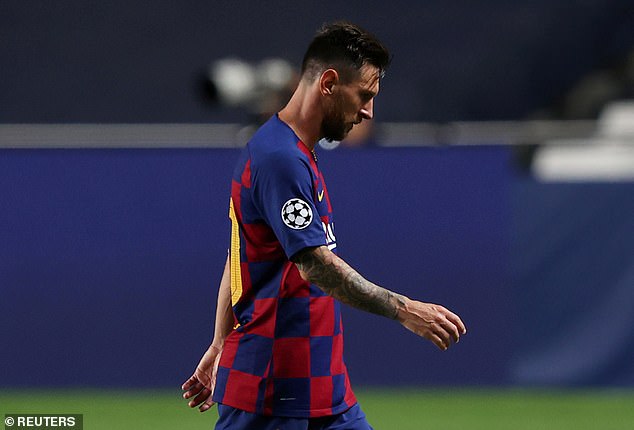 Marca claim that Bartomeu responded with a fax of his own telling Messi that he wants him the Argentine superstar to remain at Barcelona.

On Tuesday evening, it had been reported that new Barcelona boss Ronald Koeman had told the six-time Ballon d’Or winner that his ‘privileges in the squad are over’, which led to Messi’s shock decision.

Argentine news outlet Diario Ole claim that Koeman – who took over from Quique Setien – told Messi at a meeting: ‘Your privileges in the squad are over, you have to do everything for the team. I’m going to be inflexible, you have to think about the team.’

The dramatic move has since piled even more pressure on the Barcelona hierarchy and after the news emerged, fans gathered outside the club’s headquarters on Tuesday to protests about the delicate situation at the Nou Camp.