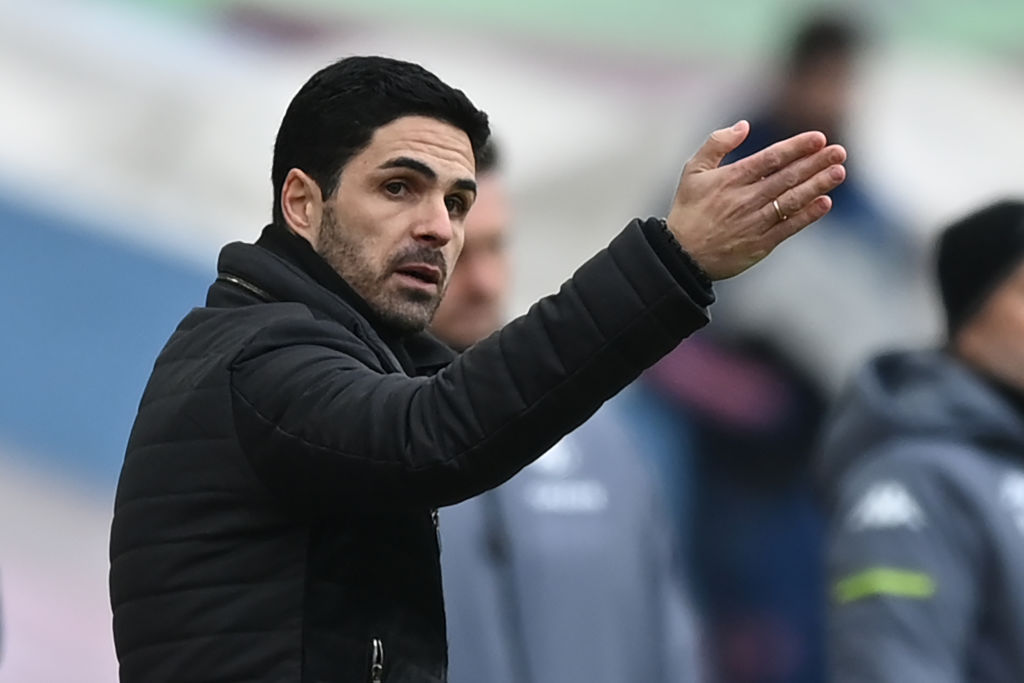 Mikel Arteta has praised Arsenal’s performance against Aston Villa despite losing 1-0, though says his gaffe-prone players cannot keep making mistakes if they want to be a top-four team.

The Gunners went behind after 74 seconds at Villa Park on Saturday as Bertrand Traore pounced on a stray pace from Cedric Soares and pulled the ball back for Ollie Watkins, who netted the game’s only goal.

Arsenal dominated possession, having 66% of the ball, but only mustered three shots on target compared to eight for Villa.

Despite struggling to carve out clear-cut chances, Arteta felt his side deserved to win the match but were undone again by mistakes at the back and he told his players they must cut out the lapses in concentration, having also had two men sent off just a few days ago against Wolves.

Asked how irritated he is by the mistakes that are preventing Arsenal from mounting a top-four challenge, a clearly exasperated Arteta said: ‘Those teams they don’t make those mistakes.

‘Those teams they cannot play in the first 22 games of the season four or five times with 10 men. It doesn’t happen.

‘There is not a team in the world that can sustain that.

‘And still if you make an error, you concede early, the team has to react. And the team reacted and we had more than enough to still come back and win the game.

‘So if you don’t do one, you have to do the other one. Because if you don’t do neither of them when you have the chances and you are not ruthless enough in the opponents’ box, then of course you are going to lose the game.’

On the performance, he added: ‘Really strong performance. We completely dominated the game, we dominated every department and we should have won the game.

‘But in the Premier League when you give a goal just to the opponent – and we gave them another three opportunities to be fair ourselves, just gave them to them – and then you are not ruthless, you don’t win games.’