This Saturday night could see Norwich earn a second crack at the Premier League in three seasons – and Todd Cantwell believes that this time they will be there to stay.

The Norfolk club struggled throughout their last top-flight campaign, finishing bottom after losing 27 of their 38 games.

England U21 playmaker Cantwell is from Dereham, a town just outside Norwich, and suffered the “salty” taste of relegation perhaps more than most.

He says sealing promotion back to the Premier League will feel sweeter as it offers a chance to properly forget the traumatic 2019/20 campaign, and to put right the wrongs of last season.

“We started well. We didn’t have an abundance of experience, so it was never going to be straightforward,” said Cantwell. 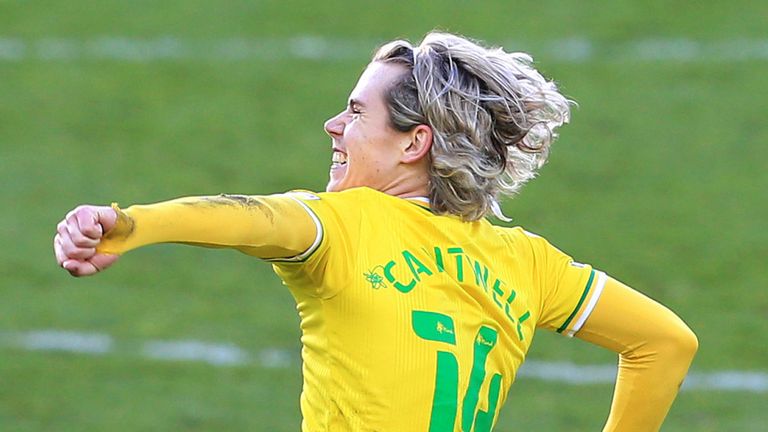 “There weren’t many players in that changing room who had played in the Premier League before. We had a very young back four and young attacking players. I tried to enjoy every minute.

“I dreamed of playing in the best league in the world, in my opinion, and to get there with my local team was incredible, really.

“We’ve got that experience now that we didn’t have before. We want to go up and correct what happened last season.

“That’s the feeling for most of us – it’s definitely my feeling. I expressed recently that I had a very salty feeling about going down last season. I don’t think anyone wanted to be part of that.

“To bring the club back to the Premier League, where I think it belongs, and put things right will be perfect.”

A short pre-season did not allow much time for soul-searching.

The relentless 46-game schedule in less than eight months at least allowed Daniel Farke’s side to build momentum.

Norwich can seal promotion without even having to beat Bournemouth on Saturday night – leaving the aim of winning the title and clocking up 100 points as realistic targets.

If they win their five remaining games, they will finish just a point shy of the all-time, title-winning points tally of 106, set by Steve Coppell’s Reading side in 2005/6. 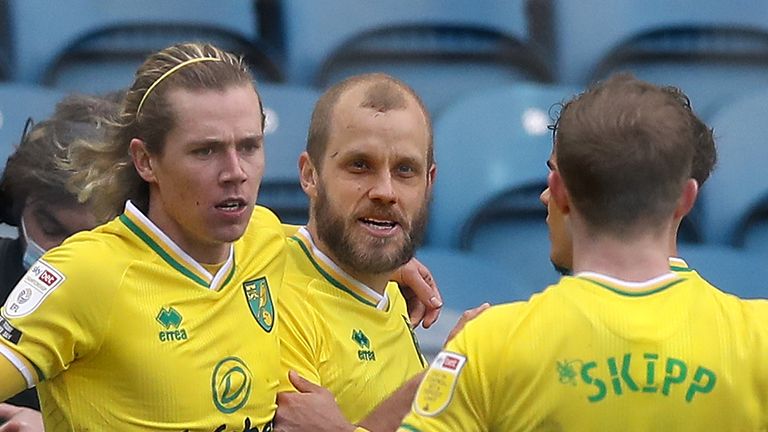 “It will be a more satisfying experience because we got relegated last year,” said the 23-year-old Cantwell.

“I don’t think many teams would have reacted the way we have, and in the manner we’ve done it, too.

“It’s not just the players – it’s the management and staff. It strips right back even to the groundsman. Everyone brought their standards back up to where they should be.

“We wanted to prove a point that we would be the best team in this division and that hopefully we’d win the league.

“We’ve been top of the table for a long time now. It’s been hard being the team every opponent gets up for when they play us, because other teams give a little bit more to beat you.

“We will watch teams in advance on clips and then on the day they will come with a completely different idea and plan.

“It’s been a credit to the players and staff that we’ve adapted.”

Cantwell endured a disappointing recent Euros with England U21s, who were knocked out at the group stage.

That is no reflection, though, on the development pathway available to young players at Norwich in recent years. 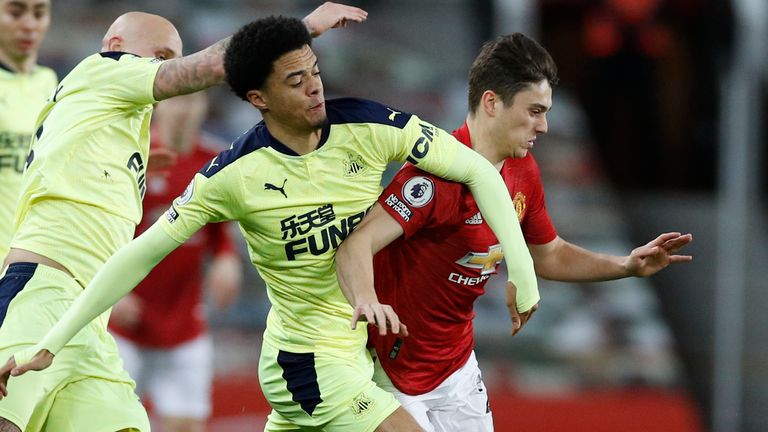 Cantwell is just one of a group of promising graduates – many of whom have left Carrow Road for the Premier League already, like Jamal Lewis and Ben Godfrey, with defender Max Aarons continually monitored by Barcelona and Bayern Munich.

Norwich are proud that their academy produced more first-team minutes in the Premier League last season than any other.

The club have undertaken a £10m investment in a new academy building at their training ground in rural Norfolk.

Cantwell, who kindly agreed to show us around the new facility this week, joked that even the chef has raised his game!

He believes the new structure had to remain aspirational for young players, to avoid the pitfalls of having too much, too soon. 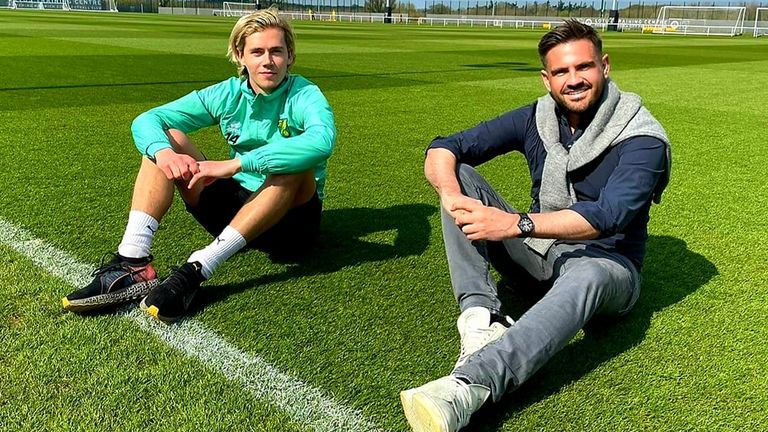 Cantwell joined the Norwich City Academy at the age of 10 and says any notion that youngsters did not have to clean boots is a myth.

“For me and the lads – and we always used to speak about this in the changing rooms, it was that the academy training kit is different to the first-team training kit,” he said.

“We always used to want that red top. Even when you trained over with the first team you wouldn’t be given their kit, you’d be training in your own stuff.

“You were singled out as an academy player. I remember the first time I was given the first-team kit and walking back into the academy area to show it off. I was feeling quite good, actually.”

Norwich began their Academy building project four years ago by raising funds with a bond issue to fans. They plan further investment at the site in the near future.