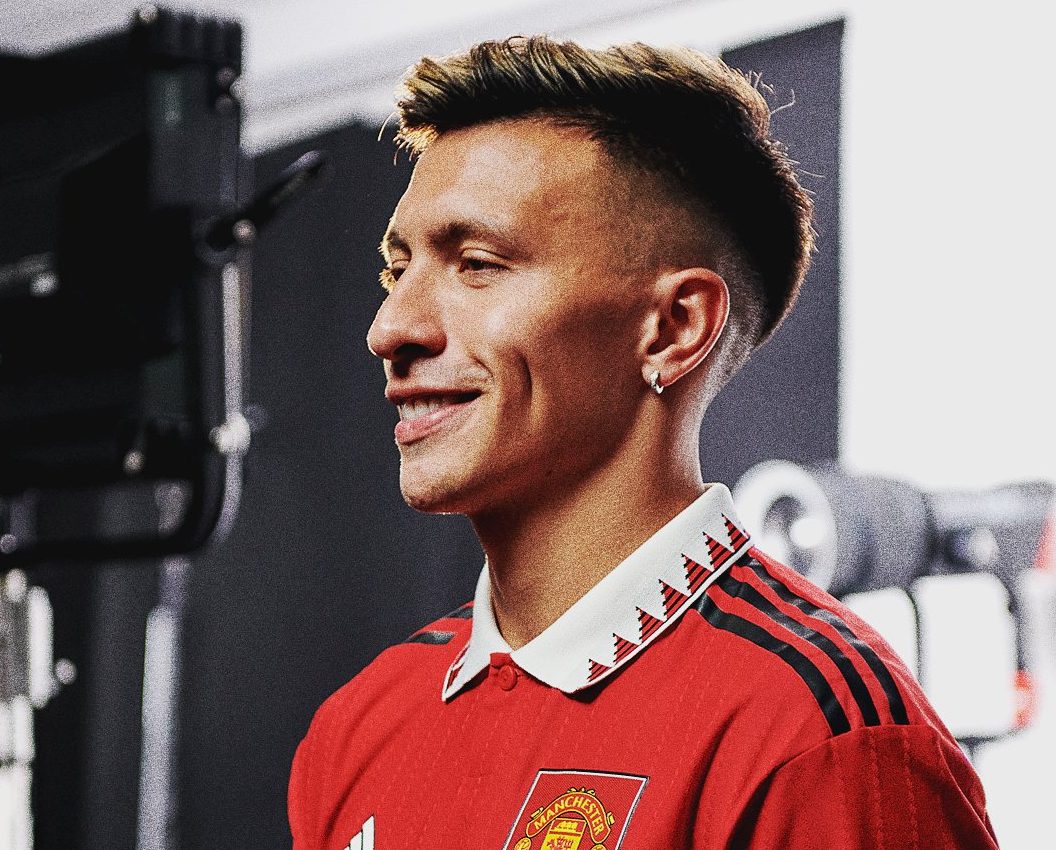 Manchester United have confirmed the long-awaited signing of Lisandro Martinez from Ajax for £46million.

The highly rated Argentine played under Erik ten Hag for three seasons at the Eredivisie club and much has already been made of his ability on the ball, tactical awareness, aggression, and leadership skills.

But it is still not clear where exactly the versatile 24-year-old will play for United, as while a natural centre-back, he is also capable of filling in as a defensive midfielder or left-back.

And how will his arrival effect those already at Old Trafford as well as fellow new signings Christian Eriksen and Tyrell Malacia?

Metro Sport takes a look at three ways Ten Hag could line Manchester United up for the 2022/23 season with Lisandro Martinez:

Martinez’s most natural position, it is expected that he will slot straight into United’s back four, with Ten Hag deploying a 4-2-3-1 formation in three of the Red Devils’ four pre-season friendlies so far.

His defensive partner will be one of Harry Maguire or Raphael Varane, with the former the more likely given his role as captain, while Luke Shaw and Diogo Dalot have emerged as the first-choice full-backs.

Beyond that, Ten Hag’s United line-up looks set to be more or less what was seen last season when everyone was fit, although it should be said that rarely happened.

There are two big question marks in regard to personnel, in the form of Frenkie de Jong and Cristiano Ronaldo, with the former wanted at United but unwilling to join and the latter at United but wanting to leave.

For now, we’ll take the view that De Jong is unavailable, and Ronaldo is, but that could all change come the opening game of the season against Brighton.

Comfortable in possession and with passing out from the back, Martinez has often been deployed as the No.6 in a midfield when a bit more defensive grit is needed.

With the De Jong transfer stalling, Martinez could operate in this position more frequently, which in turn could allow for a more creative midfielder like Eriksen or Donny van de Beek to come into the team ahead of Fred or Scott McTominay.

Bruno Fernandes, Marcus Rashford and Jadon Sancho have excelled in pre-season, as has Antony Martial who could well enjoy a resurgence as United’s alternative striker option to Ronaldo.

The left-side of a back three

Similar to Jurgen Klopp’s Liverpool, Ten Hag’s Ajax often morphed from its 4-2-3-1 formation to one resembling a 3-3-4, with the full-backs pushing high to join the attack, while one midfielder drops deep to reinforce the defence.

But with Chelsea and Tottenham currently employing 3-4-3 formations, Ten Hag may want to start those games with a back three, where he can match them man for man and deploy all three of his star centre-backs.

This would allow the full-backs more freedom to create chances, something they have done frequently in the recent friendlies, and would put less pressure on the defensive output of Fred who has struggled in that department since his move to Old Trafford in 2018.

As mentioned, Martinez can play at left-back but it is a very rare occurrence and will only likely happen at United should Shaw, Malacia and, providing he is not sold, Alex Telles become unavailable.