Chelsea are believed to be considering the idea of including Tammy Abraham in a swap deal for Erling Haaland, reports have claimed. The Blues are now working on the signing of the Norwegian, who they intend to bring to west London this summer.

That will prove difficult though given that Dortmund do not want to sell before the start of next season.

It means it will take a huge offer to twist Dortmund’s arm but Chelsea remain determined to win the race for the goal machine.

Haaland’s £64million release clause does not become active until next year, meaning Dortmund hold all the power when it comes to keeping him.

Any club interested in signing Haaland in the coming months would have to pay well over £100million to change Dortmund’s stance. 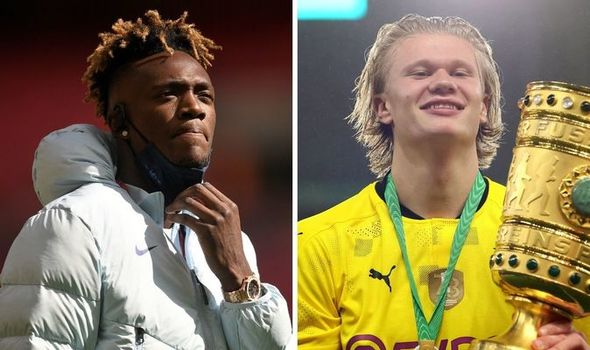 That will prove difficult in a market still recovering from the economic impact of the coronavirus crisis.

However, according to The Telegraph, Chelsea are potentially open to including Abraham in the package.

His future at Stamford Bridge looks bleak after he was excluded from the Chelsea matchday squad on a number of occasions last season – including the Champions League final.

Like Jadon Sancho and Jude Bellingham, Dortmund could be a chance for Abraham to propel his name into stardom after a difficult season with Chelsea.

Yet as well as including Abraham in the deal, Chelsea would also have to pay a sizeable fee if they were to convince Dortmund to sell.

Given that Tuchel also wants to add a centre-back and central midfielder to his squad, Chelsea are unlikely to blow their entire budget on Haaland.

With that in mind, one way that Chelsea could get around that would be by including more than one player in the deal.

There are a host of players that could be of interest to Dortmund too.

Christian Pulisic, who was signed by Chelsea from Dortmund in January 2019 for £58m is set to consider his future. 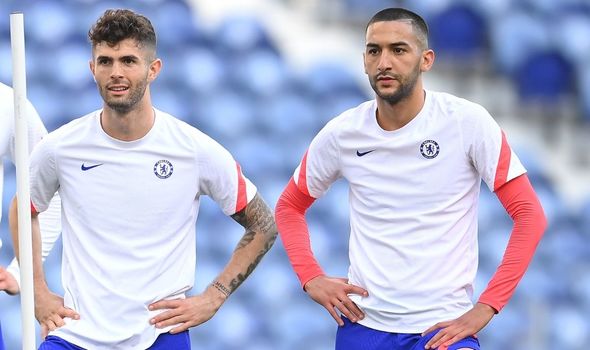 The American has had a rough ride this season having been in and out of the team.

He could now look to move on with Chelsea stacked with options in attack.

While Hakim Ziyech does have a future at the club, his first season following his move from Ajax has been a mixed bag.

The Moroccan scored vital goals against Manchester City and Atletico Madrid but was out of favour come the end of the season.

He would certainly be of interest to Dortmund, permitting Chelsea were willing to include him in a deal for Haaland. 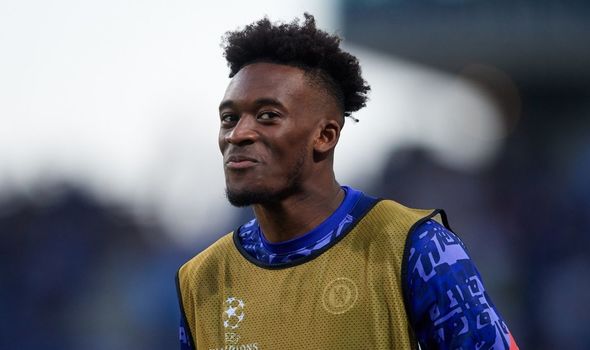 Finally, Callum Hudson-Odoi would also be a player that Dortmund would welcome with open arms.

The Englishman was the subject of four bids from Bayern Munich before signing a new deal with Chelsea.

He would be the perfect replacement for Jadon Sancho too and he is expected to leave Dortmund, potentially for Manchester United this summer.

Tuchel remains a fan of Hudson-Odoi, who he used as a wing-back during his first few games in charge, but wants to see more from the academy graduate.