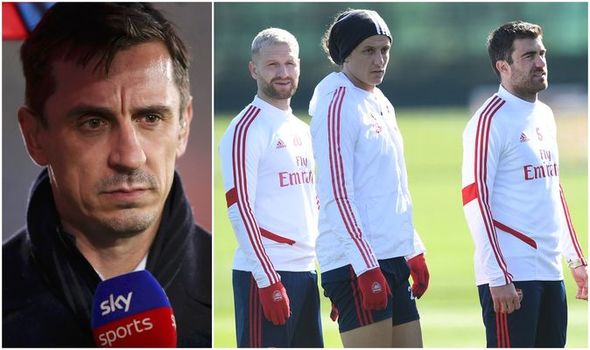 The Gunners’ defensive problems have been laid bare once more since the Premier League’s restart in defeats to Manchester City and Brighton.

Arsenal were previously unbeaten in the English top-flight in 2020 but back-to-back losses have destroyed their hopes of Champions League qualification and Mikel Arteta’s men will even face a battle to seal a berth in next season’s Europa League.

They have slipped down to 11th, albeit with a game in hand against Southampton tonight (6pm kick-off), and their tally of 41 goals conceded is worse than all of the top 10 teams bar Everton one place above them.

Arsenal’s goals conceded total is nearly double that of the number champions-elect Liverpool have leaked, while their tally of just nine wins – less than all bar the bottom five teams – makes more for similarly grim reading. 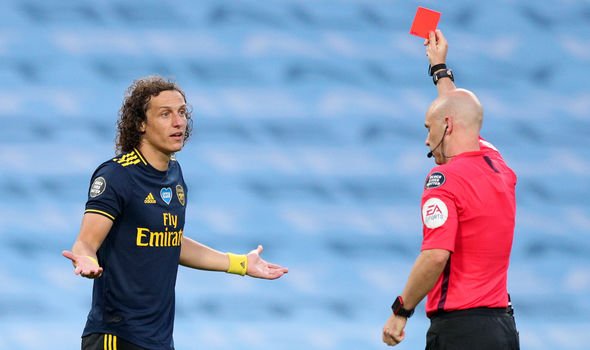 And Neville believes the crucial problem for the north London side is the rash style of defending of the likes of Luiz, Mustafi and Sokratis.

Luiz signed a new one-year deal this week to keep him at the Emirates until 2021, when Mustafi and Sokratis’ contracts are also set to expire.

But United hero and ex-England international Neville, who spent the bulk of his 19-year senior career at right-back, cannot foresee any improvements at the back for Arsenal as long as the trio are involved, even despite Arteta’s coaching.

“You just can’t trust Arsenal, you haven’t been able to for years,” he told the self-titled Gary Neville Podcast.

“We’ve all said it. Mikel Arteta – we should still say that the shape Arsenal are playing, the shape they have under him defensively I think is better than it was previously but the individuals within that will let you down.

“It doesn’t matter how well you coach the shape, if you get exposed one on one or defenders make mistakes – as we saw in that game against Manchester City and against Brighton – then you’re just going to get punished.

“Sir Alex Ferguson – there were elements of me that were emotional sometimes as a player and he would knock it right out of me.

“He said: ‘I hate emotional defenders.’ He wants his defenders to be ice cold.

“You are going to make mistakes as a goalkeeper and a defender, but then it’s that second mistake. 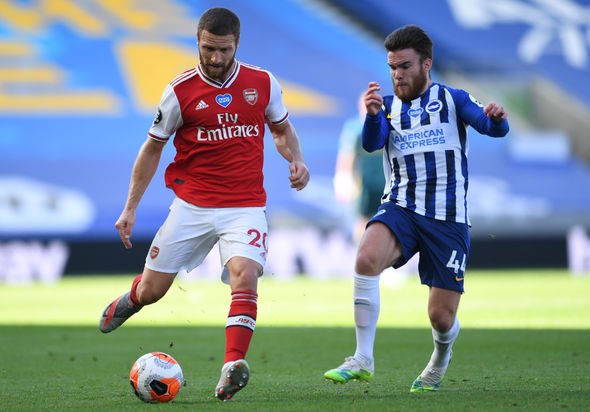 “It’s about just dropping your ego sometimes really as a defender and delaying helps because your team-mates sometimes come back.

“You get too many defenders who try and win the first ball, who try and dive in, and we’ve seen that with Arsenal’s defenders over the years.

“David Luiz, Shkodran Mustafi and Sokratis Papastathopoulos, when he plays, they dive in, they like to challenge when it is not there to challenge.

“They feel as though they have to win the ball and sometimes it’s not there to win.”