‘There’s a striker who continues to miss, he doesn’t want to score!’: Thiago Silva’s WIFE hits out at Timo Werner for his latest shocker in a string of bad misses after costing Chelsea a win at Real Madrid

Thiago Silva’s wife has taken to Instagram to launch an attack on Timo Werner following Chelsea’s 1-1 draw with Real Madrid on Tuesday night.

Chelsea will head into the second leg of their Champions League semi-final next week with the advantage thanks to Christian Pulisic’s away goal.

However, Silva’s wife Isabele was left less than impressed with Werner’s performance after he failed to score from four yards out in the opening nine minutes of the game. 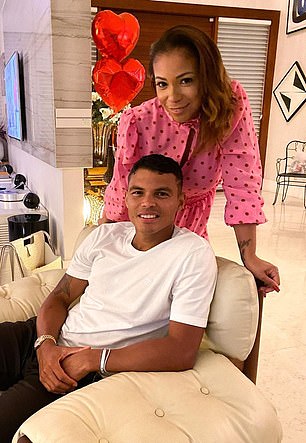 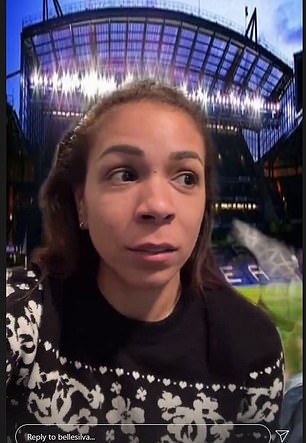 She took to social media to criticise the striker – claiming he ‘keeps missing goals’ and that he doesn’t ‘want to score’.

Speaking on her Instagram story she said: ‘This is karma, guys. Every team I go to there is a striker who keeps missing goals… this Werner, what is his name?’

In a second video she added: ‘We need a goal, we need to win this match but my attackers don’t want to score, I don’t know why they don’t score.’

Chelsea started the first-leg of their Champions League semi-final well and were presented with the chance to take the lead just nine minutes into the game. 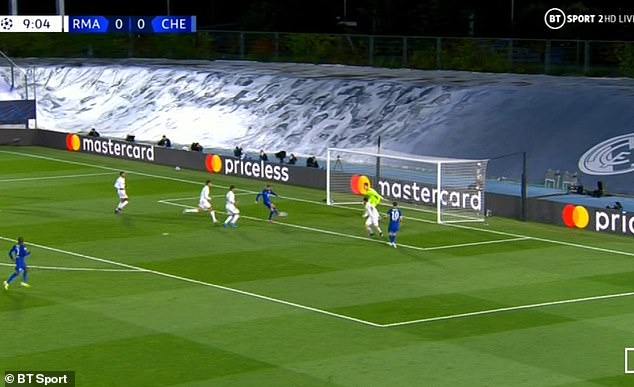 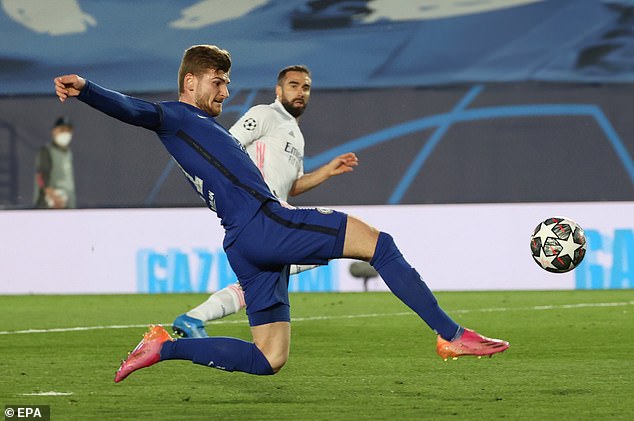 Mason Mount made a glorious run down the left hand-side before cutting inside to take a shot. With his strike rebounding off the defender, Pulisic headed the ball onto Werner who was located in the middle of the box.

However, the 25-year-old German failed to find the net from just a few yards out – playing the ball to goalkeeper Thibaut Courtois’ feet.

Werner was also guilty of firing a shot wide when he had better options available later in the first half.

Tuchel said: ‘He missed a big one in West Ham now he missed another big one here.  That does not help, but it also does not help to cry about it or to regret it all the time. 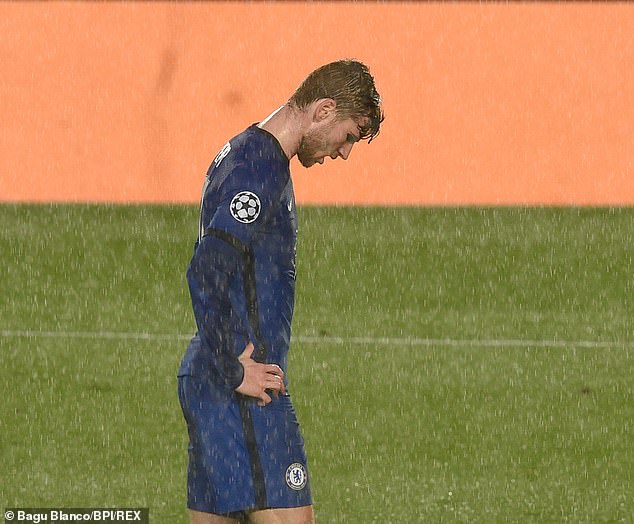 ‘It is like this. There are millions of people who have harder things to deal with than chances that you miss, so this is the good thing about sports – nobody cares tomorrow.

‘Today we were sad, we were angry in the moment, this is normal. He is angry. He is maybe disappointed.

‘Tomorrow he has a free day and the next day he has to put his chin up. He is a professional guy, a top guy, he works hard.

‘He is in positions and from there, on we go. We will never stop pushing, we will never stop believing and I have the feeling that everybody accepts the situation like it is and as a striker it is easy, you score the next game and nobody speaks about it.’