Liverpool need to raise funds before going after a deal for Thiago Alcantara with Georginio Wijnaldum potentially making way, but Barcelona’s current crisis is preventing anything from happening at the moment. Barcelona have endured a tough summer topped by Lionel Messi’s statement earlier this summer that he wanted to leave on a free transfer.

After weeks of talks between the club and player though, Messi has since performed a U-turn on his decision due to Barcelona’s insistence any potential suitor will need to pay his £623m (€700m) release clause.

In the meantime, Ronald Koeman has been working on plans to try and start building his own squad.

Wijnaldum has emerged as his top target having built a close working relationship with the Holland national squad.

The Liverpool midfielder has just one year left on his contract at Anfield with negotiations over a new deal currently at a crossroad.

JUST IN: What Lionel Messi staying at Barcelona may mean for Wijnaldum transfer 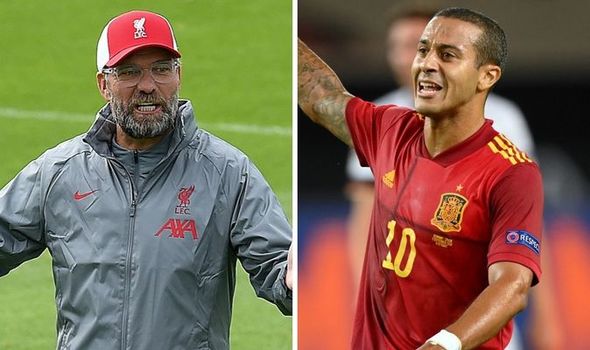 It appear as though the Reds are willing to let Wijnaldum leave in order to pursue a deal to sign Thiago from Bayern Munich.

The Reds though will unlikely budge from their valuation of Wijnaldum.

And for Barcelona, this could prove problematic as they’re currently not in a strong position to negotiate.

According to Algemeen Dagblad, Wijnaldum’s agent and Koeman have spoken at length in recent weeks with personal terms seemingly not an issue.

But it is claimed that Barcelona first need to get their financial situation in order.

The report states licensing regulations of the Spanish Football Association and La Liga are preventing Barcelona from doing any more business this summer.

A multitude of issues are said to have put Barcelona in a financial mess, meaning players will need to be sold before a move for Wijnaldum can take place.

The Nou Camp exodus already started this week when Ivan Rakitic completed his move back to Sevilla with players such as Arturo Vidal and Luis Suarez potentially following him out the door. 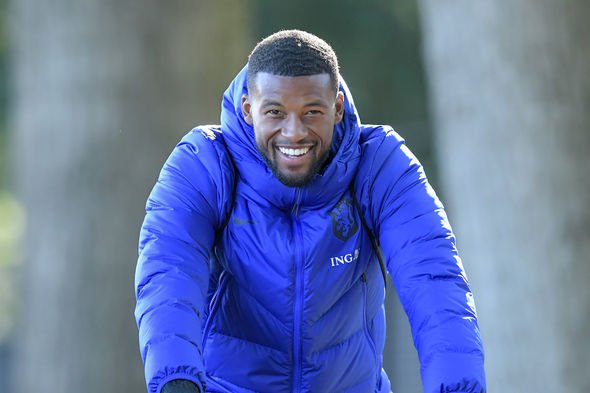 But not until more players leave can Barcelona press forward with a bid to sign Wijnaldum.

That in turn could be preventing Liverpool from moving ahead with a move for Thiago.

Liverpool indicated earlier this summer that the coronavirus pandemic had seriously affected their transfer plans.

Currently, Kostas Tsimikas is the only incoming at Anfield to provide cover at left-back.

But reports have indicated that the club are hopeful of completing a move for Thiago before the end of the summer transfer window.