Liverpool midfielder Thiago Alcantara doubled down on his decision to come to the Premier League and said it was ‘100 per cent’ the right move to go to Anfield.

The 30-year-old lifted the Champions League with Bayern Munich in 2020 before leaving the German giants to head to Merseyside.

Injury problems hampered his start to life and with the physical nature of English football, doubts soon surfaced as to whether his move would prove a mistake. 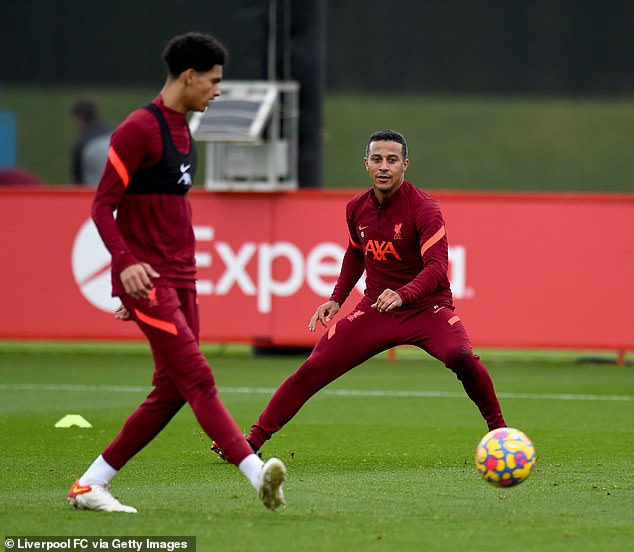 But speaking ahead of Liverpool’s Champions League match-up with Porto on Wednesday night, Thiago was adamant that he made the ‘right’ move.

He said: ‘100 per cent I made the right move, the right choice. You never know.

‘(Injuries are) part of our job, part of life and when we are fit we have to produce as high a performance as we can.’

The two-time Champions League winner was then pushed on what exactly about Liverpool convinced him to join, given he had what were viewed as ‘easier’ offers in less demanding teams. 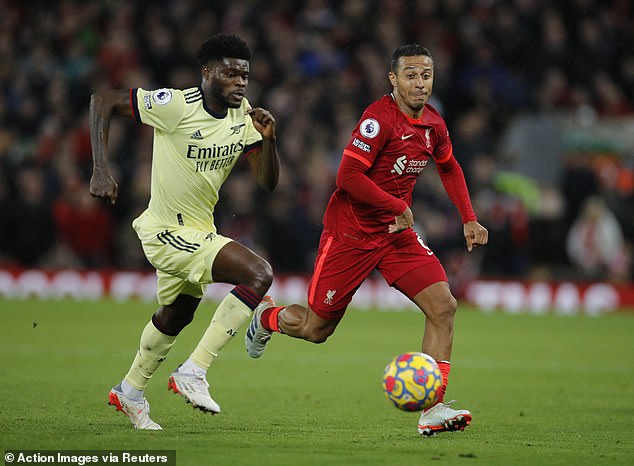 ‘I want to keep winning, go away from my comfort zone, try new things and try Jurgen’s football,’ he continued.

‘It’s about learning and with my experience and knowledge I can be better in learning new things.

‘At the end I want to win, be dominant in a game and why not here with Jurgen and my team-mates?’

Thiago thrived during his years at Barcelona, playing in a midfield comprised of Xavi Hernandez and Andres Iniesta.

Xavi has recently taken over as manager at the Nou Camp, following the sacking of Ronald Koeman, and talk has grown louder of Xavi looking to reunite with Thiago in Catalonia. 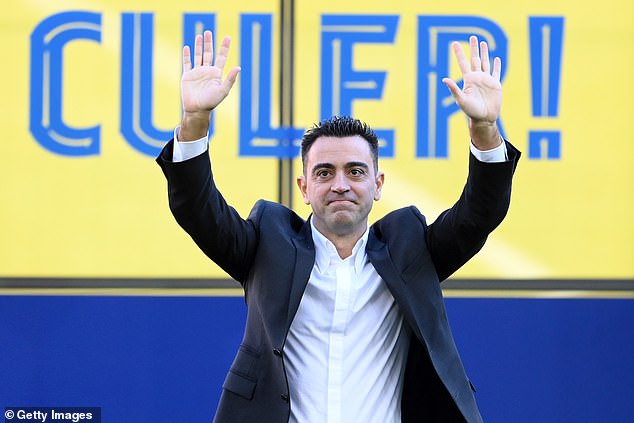 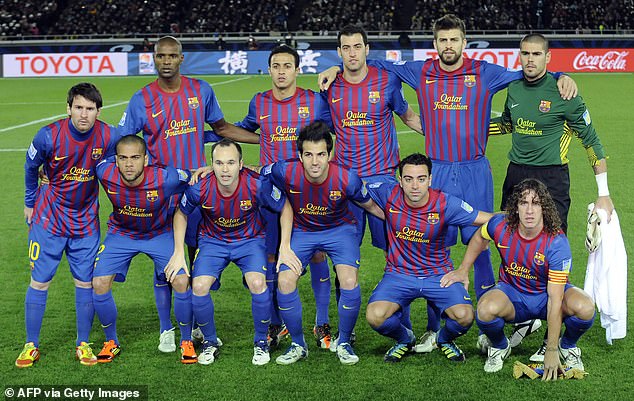 Xavi (front row, second from right) played with Thiago (back row, fourth from right) at Barca

Asked if that was a proposal he could find himself open to, Thiago was unsurprisingly dismissive.

‘As I am always, I am a guy who plays football, I am not concerned with rumours,’ he said.

‘I am focused on the duty I have and the contract with my team.

‘I just want to know about this adventure in the Premier League and trying to win as many trophies here as I can.’