The game had long been sewn up and the bulk of the goals had been scored when Darwin Nunez made one of his most compelling contributions.

In the 56th minute, with Liverpool defending on the edge of their own penalty area, Ajax were popping the ball around, trying to work an opening, when Nunez pounced out of the shadows with an impeccably-timed interception and began to motor away.

It was the kind of thing you have seen Roberto Firmino, Mohamed Salah or Sadio Mane do countless times down the years, the type of play that Ian Rush made his trademark 40 years ago and Luis Suarez thrived on: they expect their forwards to do the hard yards, as well as score at Anfield. 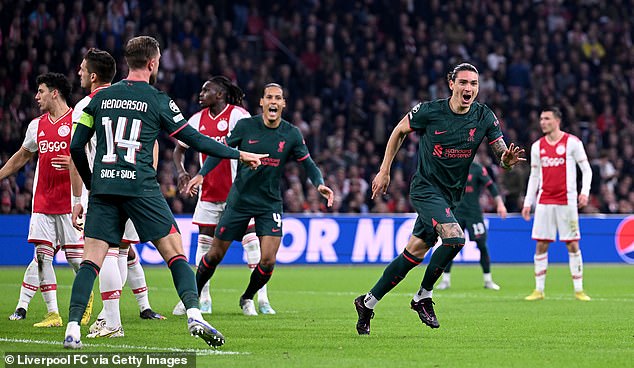 Nunez has had a colossal weight on his shoulders since arriving on Merseyside, every kick, every pass and every move has been the subject of great scrutiny, so this little moment felt significant, as if the penny was really dropping about what is expected from him.

To give it further context, it was greeted with a shake of the fist in appreciation from Jurgen Klopp, a manager who has always taken as much pleasure from seeing his team win a ball back as he has from seeing goals fly in.

So for the Uruguayan, it felt like another important step forward. On a night that ended comfortably – but for long periods looked as if it might end in calamity – Nunez could feel satisfied with all that he accomplished, while also knowing there is plenty more to come. 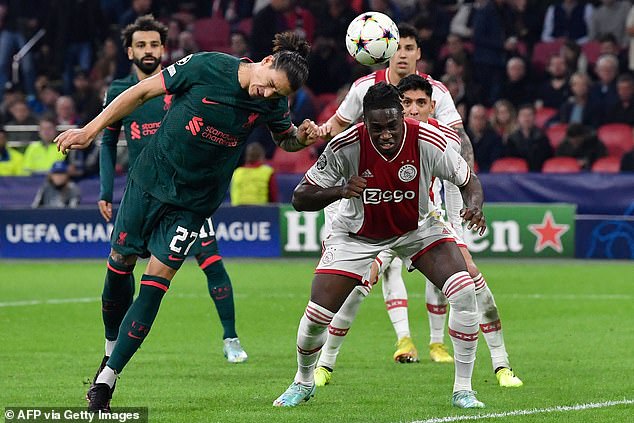 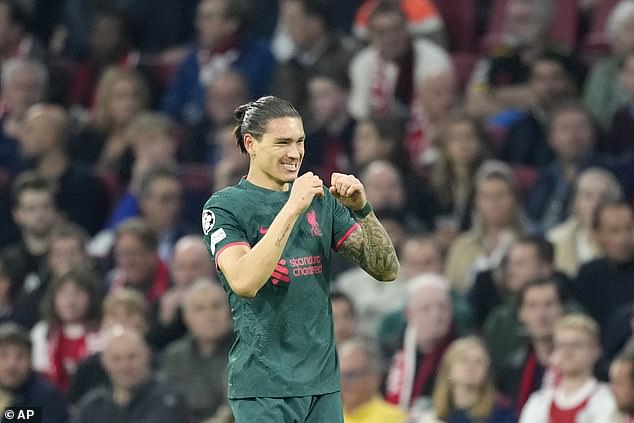 He got a goal – his fourth in his last five appearances, a towering header from an Andy Robertson corner – but even if he had not registered, there was enough for him to take great confidence into the weeks and months ahead.

You can tell the 23-year-old has more belief in himself than in those scratchy opening weeks, when he was combustible and impatient, as he was able to shrug off hitting the post from six yards on the cusp of half-time when, really, he should have converted Firmino’s cross.

He left the field shortly, after deep in conversation with the Brazilian and Salah, but when Nunez returned after the interval, his decisive inputs helped change Klopp’s mood and propelled his team into the last 16 with a game to spare. 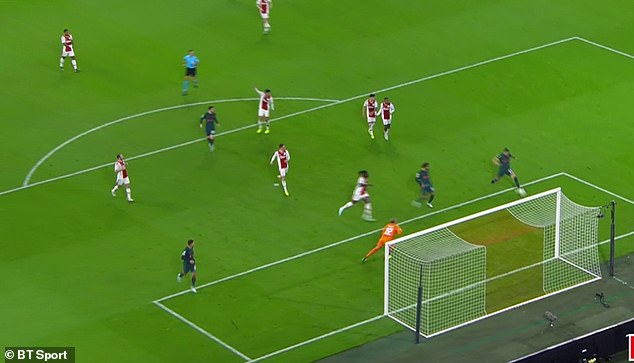 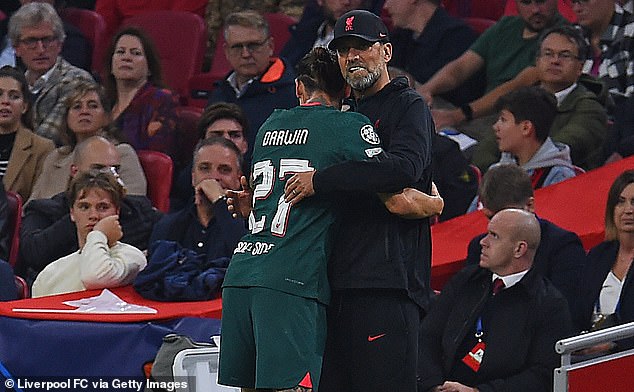 Those being honest will recognise that a team with better quality than Ajax would not have been so accommodating. In those moments when team experiences a close shave, it always pays to catch a quick glimpse of their manager to appreciate the levels of danger.

When Liverpool were flying under Klopp, every escape would be met with arm-waving fury, as if he had been personally affronted that his players could switch off. He would glower, he would bark and, in a flash, the team would snap back to the expected levels of intensity.

To watch Klopp in Amsterdam, then, was intriguing. How he must wish Liverpool would stop giving up opportunities so quickly and so easily but, in those uncomfortable opening 25 minutes when Ajax should have inflicted enormous damage, all he could do was look at the floor. 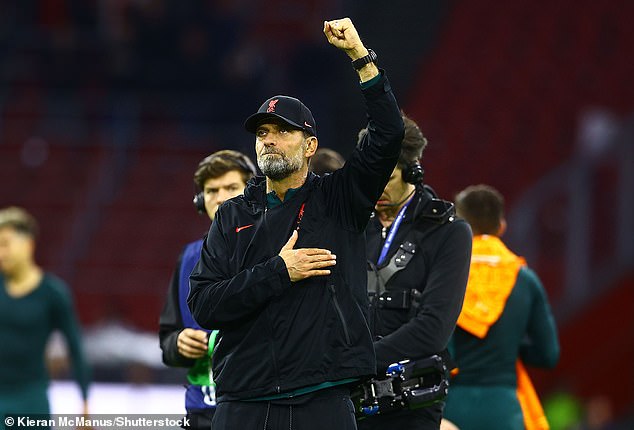 Klopp could be forgiven for not lingering on the incident because he had seen it so many times already this season: a ball that dissects the right side of his midfield, a runner allowed to break the lines and, suddenly, an opponent is standing in front of Alisson Becker.

Ajax had only themselves to blame for not putting Liverpool to the sword but, in these circumstances, those travelling from Merseyside were hardly in the position to refuse gifts and how they made the most of their reprieve.

Such a scenario never seemed possible when Napoli blew them away early in September but Liverpool have worked to turn things around. They are still not at their best – will they really get there again this season? – but at least Klopp was smiling by the end. It’s been a long time coming.