Atletico Madrid DON’T need Cristiano Ronaldo, Real Madrid and Barcelona have it tougher than ever to keep their squads happy while Gennaro Gattuso is winning over Valencia fans already… 10 things we learned from the opening weekend of LaLiga

The new season in Spain kicked off this weekend with Real Madrid staging a comeback as if it was still the 2021-22 campaign.

Barcelona fell flat against Rayo Vallecano despite £126million (€150m) spent in the summer and Unai Emery’s Villarreal impressed winning 3-0 away.

Gennaro Gattuso started with a win at Valencia and Take Kubo scored on his debut for Real Sociedad. Here, Sportsmail takes a look at 10 things we learned from the first weekend of La Liga action. 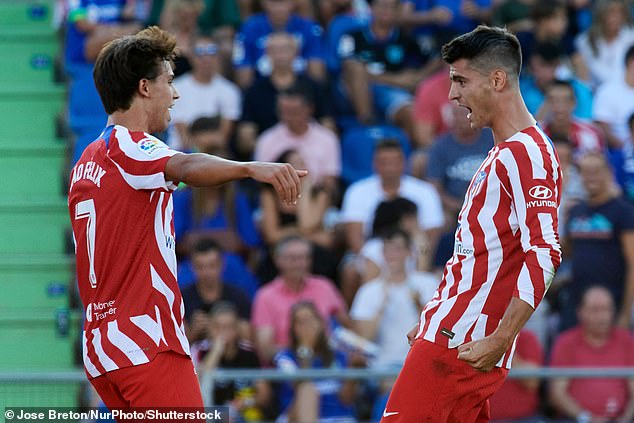 One consequence of Barcelona and Real Madrid having built super-strength squads is that coaches Carlo Ancelotti and Xavi have it tougher than ever keeping everyone happy.

How long will Gerard Pique put up with watching from the sidelines while others play in his place? Ferran Torres joined Barcelona from Manchester City at the start of the year with the idea of becoming a regular but he never came on as Barca were frustrated by Rayo’s defence.

How long before he complains? And even Ansu Fati might soon become hard to please if he doesn’t feature from the start in what is a World Cup season.

Ancelotti doesn’t have it quite so bad, although Marco Asensio was not happy about not getting a kick against Almeria. 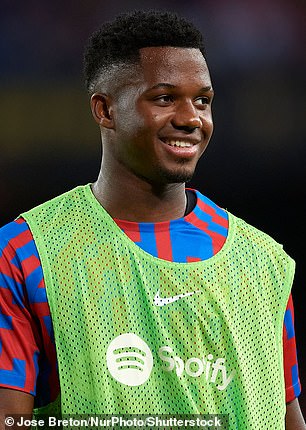 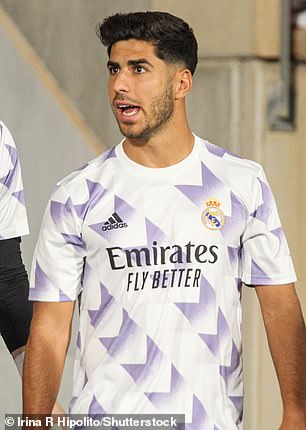 Kubo’s time may finally have come

The most exciting thing to come out of Japanese football has an incredible CV of clubs signed for including Barcelona, Real Madrid, and Villarreal but nowhere has he really found a home where he can thrive.

In truth, it wasn’t his fault at Barcelona where he had to leave because the club had broken FIFA rules over signing under-aged players.

Maybe now he has found the right club. Real Sociedad coach Imanol Alguacil played him as a second striker against Cadiz on Sunday and he was outstanding, scoring from his first chance.

Madrid sold him last summer but retained 50 per cent of his rights in case he is sold on for a profit by Real Sociedad. Things have certainly started well. 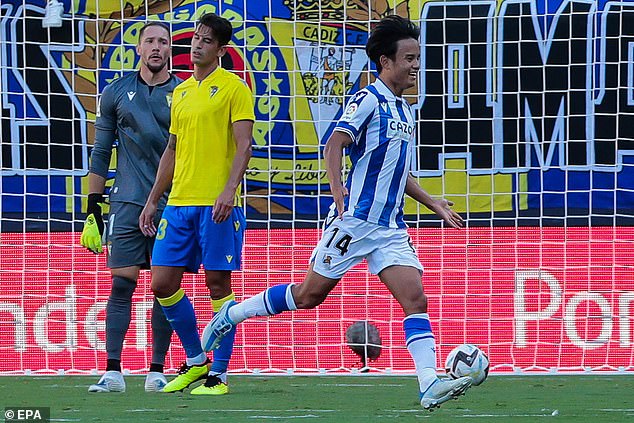 Gattuso has the Valencia fans on his side

It hasn’t taken him long. The Italian coach won his first league game in charge of Valencia and even before Carlos Soler’s penalty won the match, fans at Mestalla had made it quite clear they are fully behind the new boss.

Gattuso had Valencia playing attractive football and even the 50th minute sending off of defender Eray Comert didn’t change that.

The key for him now will be to not lose any more big players before the window shuts.

‘The fans were great,’ he said after the game. ‘We want two more signings and while I always knew Guedes could leave I have not heard that Soler or Jose Gaya have to go too.’ 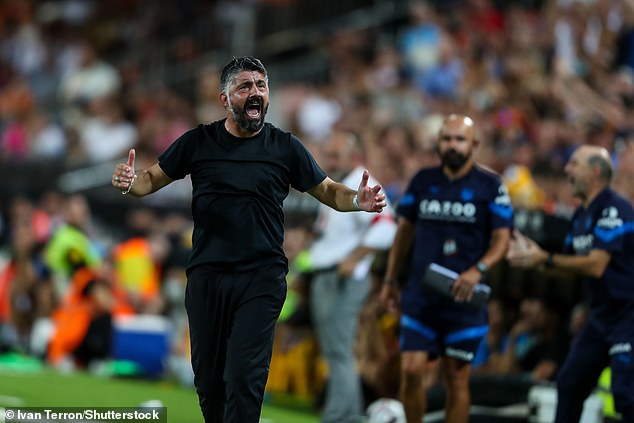 United youth teamer Ramazani can be a star this season

Largie Ramazani left Manchester United in 2020, turning down a new contract because he wanted to fast track his career. On Sunday night it fast-tracked right past a flat-footed Antonio Rudiger as he scored Almeria’s opening goal.

All the pre-match focus had been on Sadiq Umar who Almeria are slightly optimistically trying to get £25m (€30m) for.

But attention soon turned to the the somersaulting, back-flipping Belgian forward who troubled a defence full of top internationals throughout. 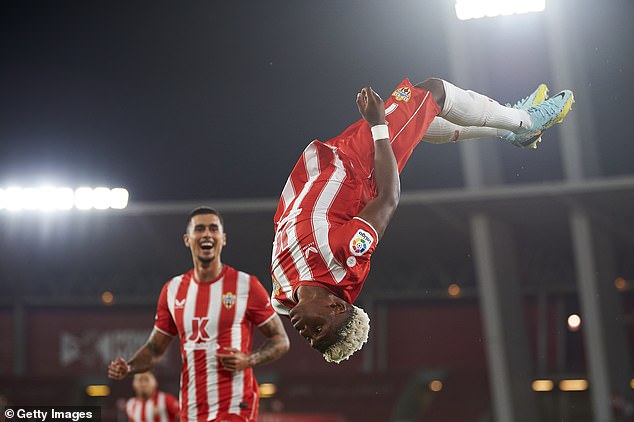 Julen Lopetegui has had a tough summer with the club selling Diego Carlos and Jules Kounde, and as of yet are making very few waves in the transfer market themselves.

Isco signed just before the season started but he says he needs two weeks to get match fit.

Lopetegui needs help on the pitch now. His team didn’t play badly and were victims of a refereeing mistake (see below) but it was still an opening day loss. Expectations are high at Sevilla and their coach needs reinforcements to help him deliver. 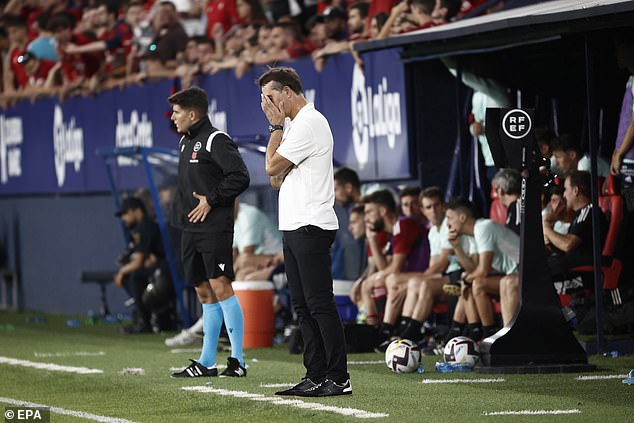 So much for no more soft penalties

That was the order very publicly sent down from Spain’s head of refereeing and so what happens on the opening day – the softest penalty you’ll see this season being given against Sevilla.

Most commentators missed the incident and with good reason. Jon Moncayola ran into an outstretched arm from Papu Gomez and Carlos del Cerro Grande pointed to the spot. For some Spanish referees football will always be a non-contact sport. 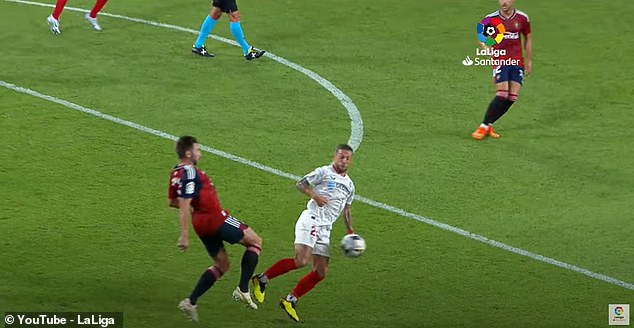 Explaining away the opening day draw with Rayo, Xavi started complaining about the visitors’ time-wasting and said: ‘It’s ridiculous that we don’t have ”tiempo efectivo”’ (the basketball system of stopping the clock every time the ball is out).

Rayo had been superb and not excessively wasted time, although their keeper Stole Dimitrievski was warned and eventually booked for slow goal-kicks.

Most agree Xavi, on this topic at least, makes no sense. Games that start late in Spain because of the summer heat already begin on one day of the week and end on the next – matches would last for hours if basketball time-keeping came in. 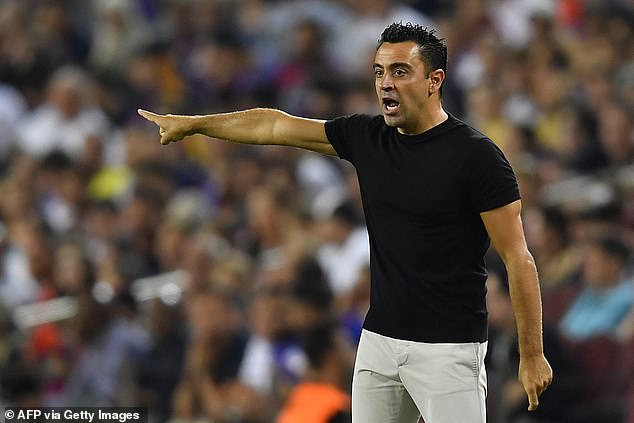 Most agree Xavi, on this topic of using basketball’s system of time keeping, makes no sense

It’s not clear just how close Atletico Madrid came to signing Cristiano Ronaldo this summer. Diego Simeone twice refused to answer a question on the subject at the weekend.

But what is apparent is that if Alvaro Morata, Antoine Griezmann and Joao Felix continue as they started the season on Monday night, the last thing the team needs is attacking reinforcements.

Morata scored twice, Griezmann once, and Joao assisted all three goals. Add that to a strong defence this season and Atletico Madrid can challenge for the title.

Their supporters might even forget about their dislike for the wavy striped shirts viewed as so sacrilegious when they were first presented. 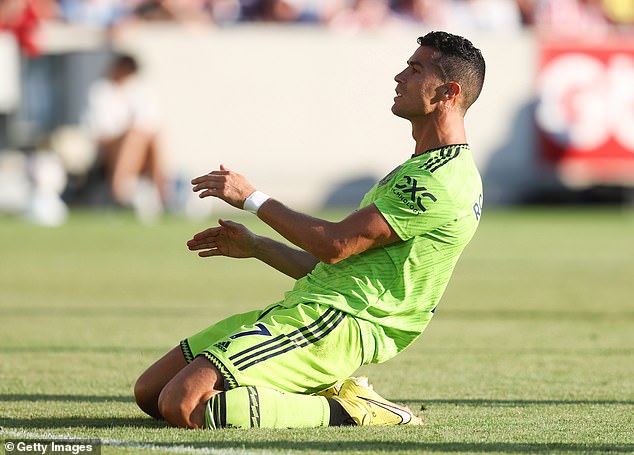 With two weeks to go of the summer market there are still no guarantees that Unai Emery’s squad will remain intact.

Barcelona are looking at full-back Juan Foyth and 19-year-old Spain winger Yeremy Pino has Premier League clubs interested. If the group stays together though, they can achieve big things this season.

They won their opener against Real Valladolid 3-0. They have the individual talent to win games. And they have the squad depth to survive the World Cup interruption. 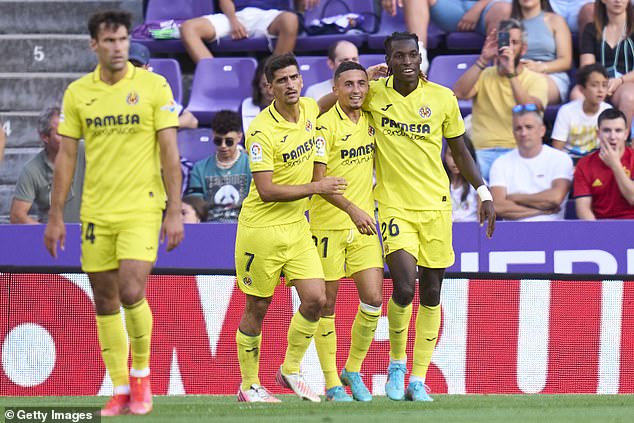 If the group Unai Emery has created stays together, Villarreal can achieve big things

Football is entertainment enough, you don’t need to give it a funny wig and a red nose

The latest gimmick used by Spanish television to spice up its live coverage is to show, after every goal, a radio commentator commentating the goal that has just been scored.

What exactly it adds to the spectacle is the question. Absolutely nothing may well be the answer.