Late last summer, Tammy Abraham emerged from the tunnel of the Allianz Arena and cut a lonely figure under the Bavarian skies.

It had been another chastening night at the hands of Bayern Munich – Chelsea were beaten 4-1 in their Champions League last-16 second leg, they were probably lucky the aggregate score was only 7-1.

Abraham had drawn the short straw – he was tasked with fulfilling media duties for the club channel. To add insult to injury he was then asked about the incoming firepower which threatened his future in the team. 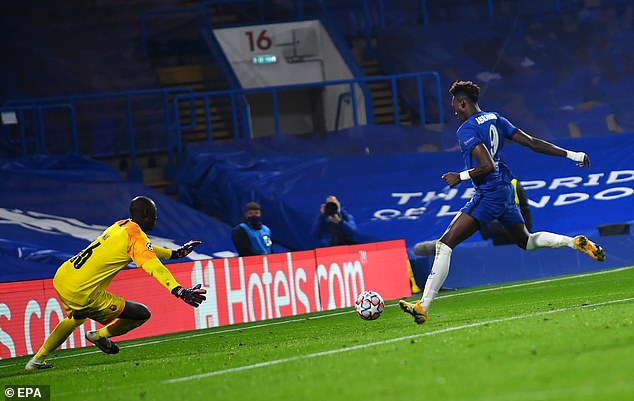 The 23-year-old was bullish about his prospects. But with Timo Werner already signed, and Kai Havertz soon to join him, it seemed Abraham’s breakout season could prove his last as the fulcrum of Frank Lampard’s forward line.

After an impressive campaign that ended with 18 goals, it felt cruel but perhaps inevitable that he would be consigned to the role of understudy.

And yet on Wednesday night, as Chelsea took another huge step back towards the knockout stages, Abraham was back leading the line. And back among the goals.

Rennes offered little by way of resistance at Stamford Bridge but Abraham had another fruitful evening atop a front three packed with pace and threat in behind. 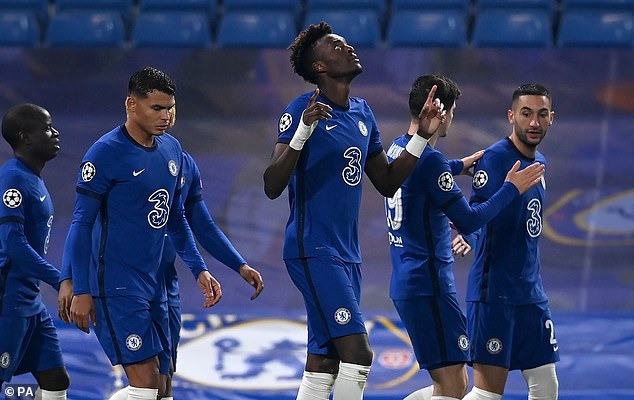 He won Chelsea’s second penalty before netting their third goal from Reece James’ low cross. It was his first since September and the relief was evident in his cries and celebration.

Not that he has been scrapping for opportunities as many feared.

Abraham has featured in all-but one of Chelsea’s games this season, he has started the last two.

Competition is rife in Lampard’s squad but injuries and illness to the likes of Christian Pulisic and Havertz, meanwhile, should give him more chances to stake his claim. And perhaps force his way back up the England pecking order. 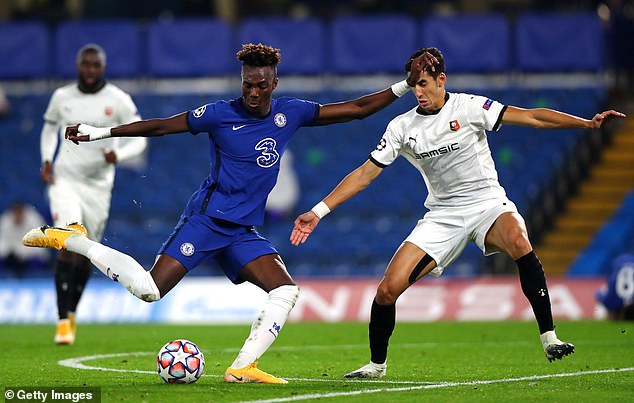 Abraham has not featured for Gareth Southgate since netting his first international goal last November. But another unfortunate injury to Danny Ings has opened a gap in Southgate’s group for the upcoming triple-header.

That may come too early for Abraham, who is flush with rivals at international level, too.

It’s testament to his quality and perseverance, however, that he remains front and centre in Lampard’s plans.

It’s testament to his importance that he was brought off after an hour, three points secured, in order to be ready for the next leg of this jam-packed season.