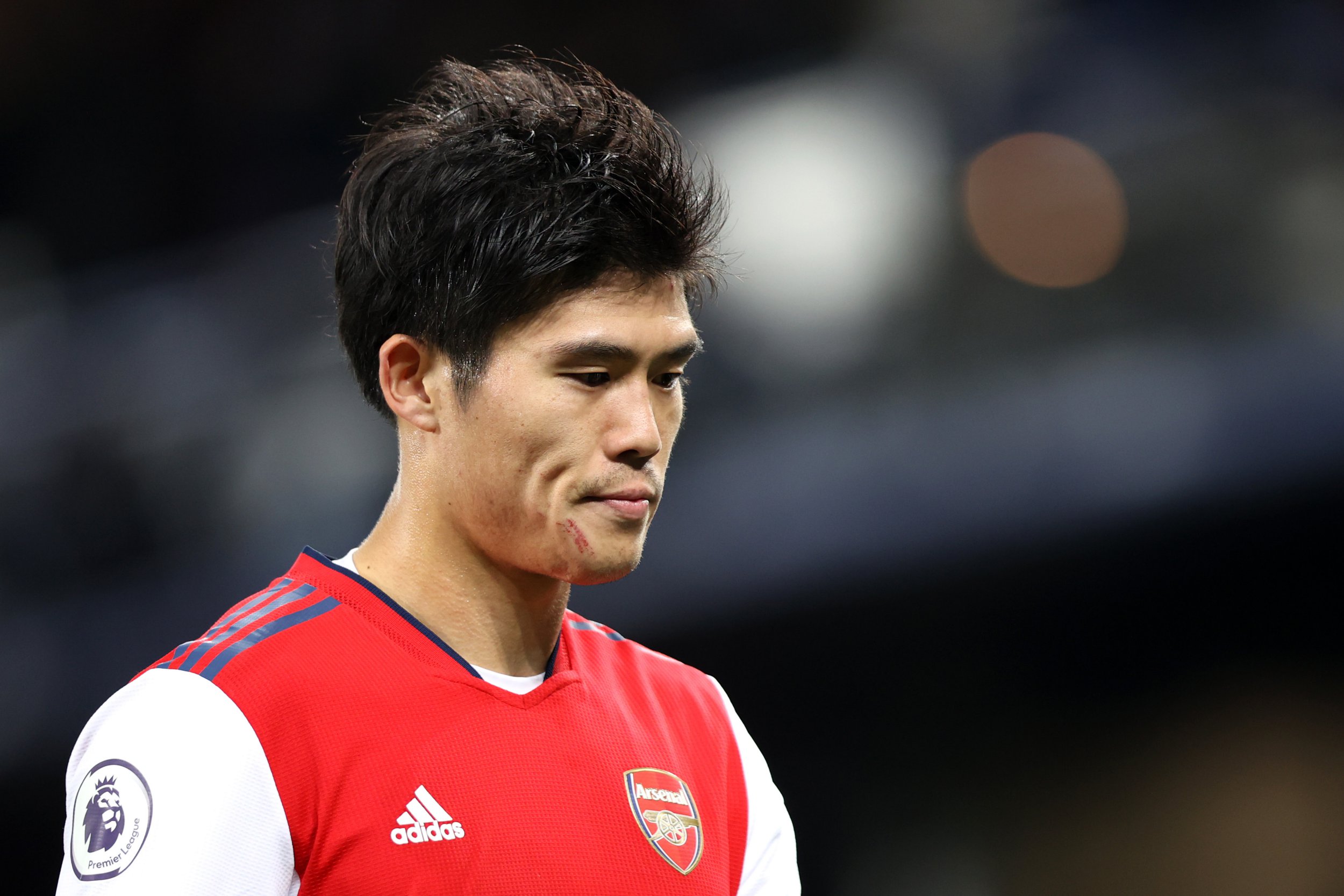 Tomiyasu has established himself as Mikel Arteta’s first-choice right-back after a run of impressive performances since his arrival in the summer transfer window.

Cedric, meanwhile, has made just seven appearances this season, while Matiland-Niles has also struggled to secure a regular role in Arteta’s side.

With all three players unavailable, Arteta has opted to play Ben White at right-back for Arsenal’s match against Norwich on Boxing Day.

Albert Sambi Lokonga and Pablo Mari missed Arsenal’s win over Leeds last weekend after testing positive but returned to training this week and are on the bench against Norwich.

‘We’ve had four positives, we have some members of staff as well out,’ Arteta said on Sunday.

‘And try to be privileged as well, we are able to keep working and doing what we like most, and we have to carry on.’