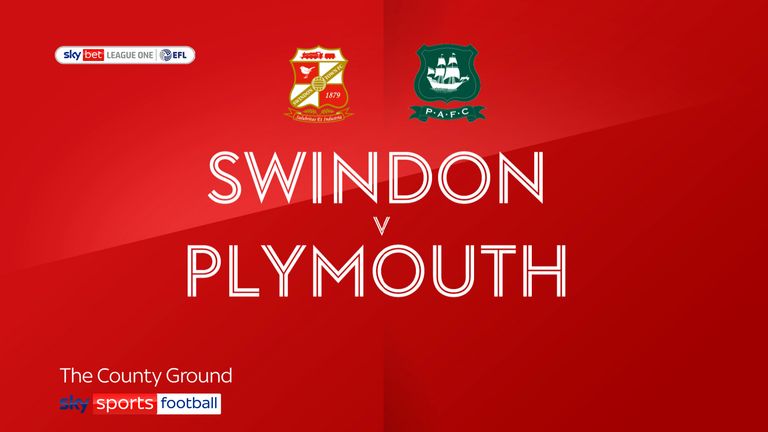 Goals from Panutche Camara and Ryan Hardie kept Swindon in the bottom four as Plymouth eased to a 2-0 win at the County Ground.

The visitors were well in control at 0-0 and finally went ahead in the 36th minute when Gabonese midfielder Camara turned and fired a low shot into the bottom-right corner from inside the penalty area.

The Pilgrims had a two-goal cushion in the 67th minute through Blackpool loanee Hardie, who slotted in coolly when one-on-one with Swindon goalkeeper Mark Travers.

Plymouth could have been two goals up as early as the 10th minute as Jerome Opoku had a free header blocked and Joe Edwards curled narrowly over the crossbar for Ryan Lowe’s men.

Swindon rarely troubled Michael Cooper in the Plymouth goal but Diallang Jaiyesimi did manage to unleash a rasping shot from the edge of the box that was brilliantly palmed behind for a corner by Cooper.

Midfielder Will Aimson almost made it 3-0 late on with a long-range screamer that flew just wide of Travers’ right-hand post.