Joe Rodon is set to be a future star in English football after impressing for Swansea.

Here, Sky Sports’ EFL pundits Danny Higginbotham and Andy Hinchcliffe assess the 22-year-old’s attributes and tell us why he is such a special talent… 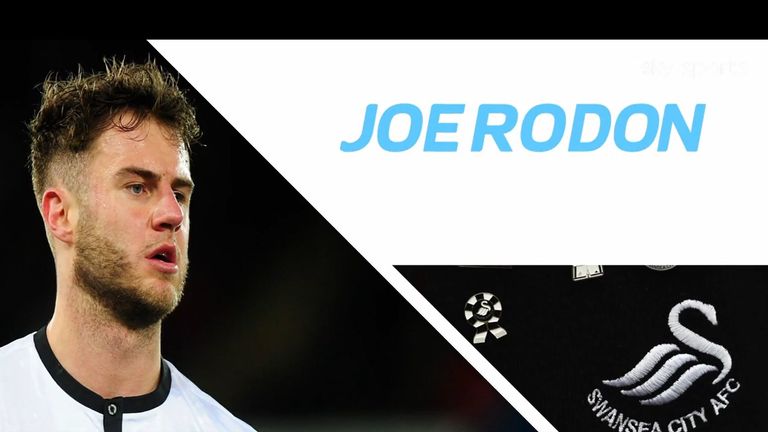 From what you’ve seen, how good is he?

Higginbotham: “As a defender, first and foremost, you are there to stop the ball going into the back of the net. He’s obsessive about wanting to keep clean sheets, he’s very self-critical and he’s good on the ball but the one thing I really love when I watch him is to see that he loves defending. He’s relatively young, he’s had limited experience and he’s had a few injuries but it’s how he’s come back from the injuries that he’s had. In my opinion, I think he’s got the capability to go and play in the Premier League, without question.

“Another thing that stands out when we talk about centre-backs is pairings and how good they are. Rio Ferdinand and Nemanja Vidic, John Terry and Ricardo Carvalho – outstanding partnerships. We can’t forget Swansea have had so many injuries in that position and ideally you’d say that Swansea’s best partnership is [Mike] van der Hoorn and Rodon, but they haven’t had that much time to play in the same team. Therefore, with Rodon having had different partners in the centre of defence, that just shows how good a player he is because he’s able to adapt based on who he’s playing with.”

Hinchcliffe: “He’s right up there in terms of position for his age. He’s not had an awful lot of experience and has only played just over 60 games. I think what you tend to do with young centre-halves is look at the greats of the Premier League. You look at Ferdinand and Terry and there are elements of both in Rodon’s game – maybe John Stones as well – but what I’ve done with him is compared him to who I consider to be the best young centre-half in the Championship, which is Ben White. White has had a bit more experience than Rodon and is maybe a bit more of an elegant ball-player, but what I want from a centre-half is someone who loves to defend. Yes, they can play, but they don’t just like defending, they really want to defend – they want to get in the line of fire, they want to stop the opposition scoring. That’s what we see with Rodon. When the ball is there to be won, he wins it.

“Those injuries have maybe set him back three or four years and he’s missed out on a lot of football but I see a rapid movement forward for him. If he can stay fit, over the next couple of seasons we’re really going to see him move forward. If Premier League clubs of the stature of Man United, Man City, Liverpool are looking at someone regularly, they clearly know he’s got something and they’d like to pick him up for maybe £20m, which wouldn’t be a bad amount of money these days. They’ll try and get him a little bit cheaper, buy him earlier because they know all the raw materials are there.”

Does his versatility in defence increase his value? Higginbotham: “I think it does. From my own experiences, when you change position, you must remember even the daft little things like having to turn off your other foot, showing players different ways than you would naturally do when you are on you favoured side. People talk about his short passing but I know for a fact Steve Cooper has been doing some extra work after training to improve his longer range of passing. One of the things Swansea love to do is play out from the back; teams press them high and Cooper has been working on him trying to find the No 10, so they can beat the press by going over it at times. That’s something that he’s adamant he wants to keep improving on.

“What I love about him as an individual is that he’s his own worst critic. I believe that’s a fantastic trait to have because he’s willing to take responsibility. After the Preston game in February where he’d made his first start for three months, it looked as though he hadn’t even been away and he was the best player on the pitch. Within 10 minutes of being in the dressing room, he pulled his manager in and asked where he could get better. That’s unbelievable. But the beauty that he can play on the right or left will work in his favour so much with the teams that are attracted to him.”

Hinchcliffe: “Having that versatility is what every coach wants, particularly if you get that with a young player you can develop. We talk about the physicality, the technique of players and that’s what Cooper and all the coaches that he will work under will work on with him. But that willingness to do anything to improve, for a coach, is absolute gold. You’re not going to be chasing that player to make him train, you know he’ll be coming to you saying there’s still improvements to be made, even if he’s put in a 9/10 performance.

“That’s why I think there’ll be this rapid improvement and we’ll seeing him coming to the fore over the next season or more. Premier League clubs are looking at him because they look at his versatility, his range of passing, his ability. He’s got every physical and mental attribute you need to be successful in that position.”

Having attracted Premier League attention, how would his ideal career path look? 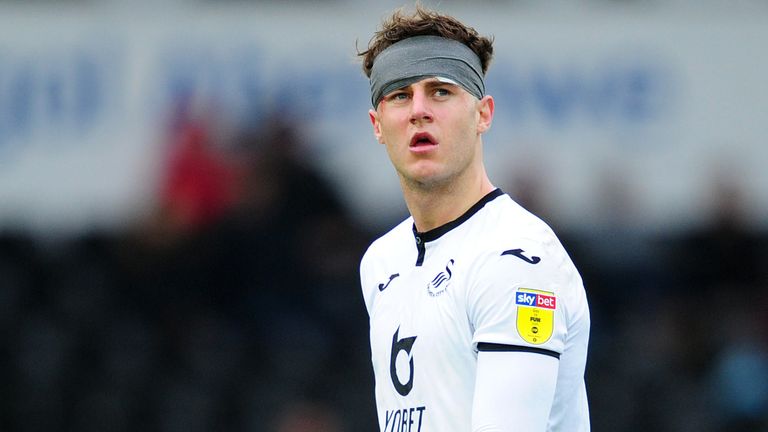 Higginbotham: “When people talk about managers that players would love to go and play for then you’d say Pep Guardiola because he’s the ultimate and one of the best managers in the world. There’s a case to say Man City are still extraordinary but they’ve probably got a bit of rebuilding to do with some of the players they are going to lose. At United, Ole Gunnar Solskjaer has gone in there and proven that he can develop younger players. We’ve seen Dan James, we’ve seen Aaron Wan-Bissaka go there and improve. He’s a great believer in ‘if you are good enough, you’re old enough’.

“When a player moves from the Championship to the Premier League, it’s not necessarily the club that he goes to, it’s all about whether he’s going to be playing week in, week out. If he goes to one of the top six clubs, does he find himself sat on the bench or is he going to go back out on loan? That isn’t ideal in the development of a player that’s 22-years-old. If he’s going to move to the Premier League, he needs to be able to go to a club where he’s going to be seen as a first choice and then it’s up to him to keep his place. If there was a choice between United and City, I know that City are in need of a centre-back but I believe, if he was to go to Manchester United, he’s got more chance of playing there.