Sunderland have been dealt their latest blow by a player choosing to join non-league South Shields instead of the League One Black Cats.

Former PSV Eindhoven academy graduate Wouter Verstraaten had been given an offer to join Sunderland’s Under-23s after impressing on trial in a game against Liverpool, but he has snubbed them.

He played 14 times for the club before the coronavirus pandemic suspended football and Sunderland were keen on bringing him into their set-up. 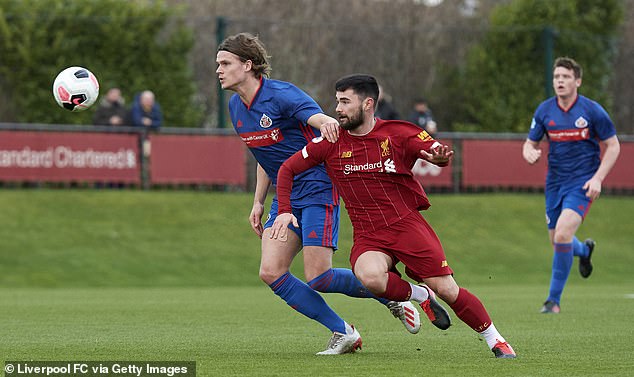 But the North East club have been left red-faced with Verstraaten, who can play across defence or in midfield, choosing South Shields instead.

He told the Sunderland Echo: ‘I am very happy to have signed this deal, as it took a while before we finally got it done.

‘I am very pleased that South Shields have shown their confidence in me during these unprecedented times.

‘Ever since I joined the team in January, I have felt the professionalism and will to win this league.

‘That this didn’t happen last season was obviously a very disappointing moment for the whole club, but I feel that we are very motivated to make things right next season. That is one of the many reasons I have signed with South Shields.

‘I feel that it is the right place for me to grow as a player and improve in areas that will help me perform to a higher level.

‘It is a pleasure to play in front of such a big crowd every week. There are not many places where the stage is set every weekend like it is at South Shields. 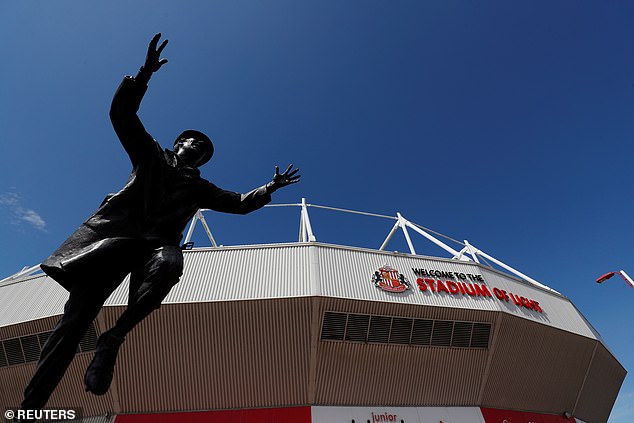 It is the latest blow for the beleaguered North East club, who are currently in League One

‘I’m currently back in the Netherlands staying fit and spending some time with my family and I’m in regular contact with the management, but we just have to wait to see when the Government allows us to get back together.’

The 23-year-old rose through the ranks at famous Dutch club PSV before moving to Pacific Tigers and Portland Timbers’ Under-23s, then joining Northern League side Consett while he studied at Durham University for a Masters in finance.

He is continuing his studies while playing for South Shields and Sunderland fans will no doubt feel this is the latest cruel blow to the beleaguered club.

The Black Cats suffered back-to-back relegations after dropping out of the Premier League and their misery was captured on Netflix’s hit fly-on-the-wall documentary ‘Sunderland ’til I Die’.

The club are seventh in League One and face another season in the division if the remainder of the campaign cannot be played.