Stuart Broad reveals he did NOT get on with sacked England selector Ed Smith, after the veteran seamer’s angry reaction to being left out of first Test of last summer: ‘All people have bosses who don’t rate them… I think he was mine’

Stuart Broad admits he did not get on with former national selector Ed Smith and says – ‘all people have bosses who don’t rate them. I think he was mine.’

Smith was sacked last month in part because of his testy relationship with senior England players, not least Broad who angrily questioned the decision to leave him out of the first Test against West Indies last summer.

Now, with new supremo Chris Silverwood set to name his first England squad on Tuesday, Broad has opened up on the divisions within the hierarchy that led to the dismantling of a selection structure that had been in place for over a hundred years. 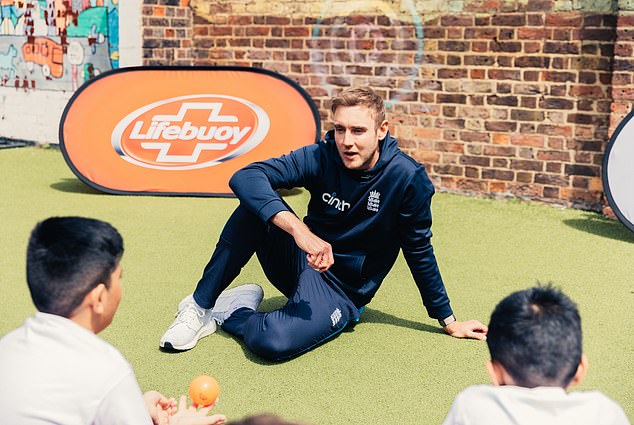 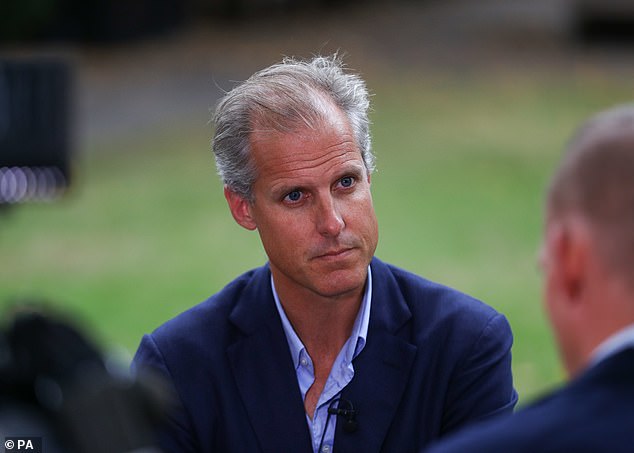 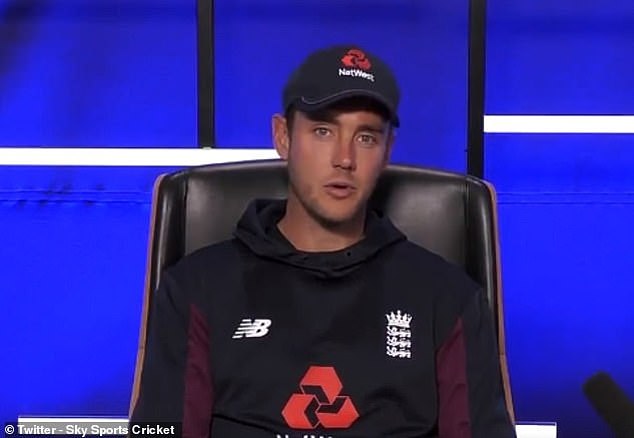 ‘We struggled a bit on the communication side and saw the game of cricket differently,’ said Broad of Smith yesterday. ‘He probably didn’t rate me as highly as other players. That’s fine but I kept trying to prove him wrong.

‘I really disagreed, for instance, with being left out in Barbados (at the start of the 2019 series against West Indies) and there were a few occasions when I was disgruntled and didn’t have the clarity in communication I’d have liked.

‘I am very open to being told things, have a discussion and then have a beer and move on. Maybe Ed and I didn’t have that kind of relationship but he did do a lot to bring through some young cricketers and give them international exposure.’

Broad spectacularly proved Smith wrong by taking 29 wickets in five Tests against West Indies and Pakistan on his return to the side last year and now wants to show Silverwood he should never be left out of any home Test. 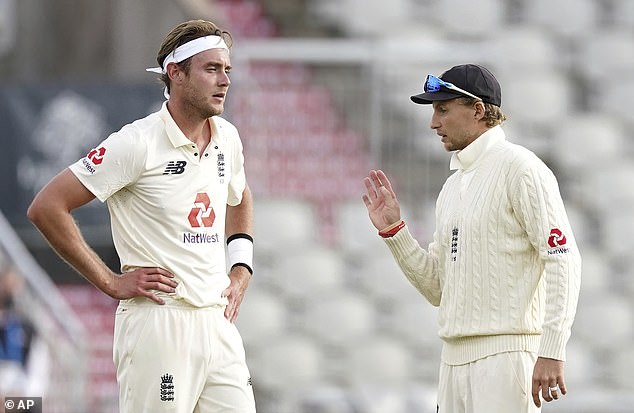 But even though he quickly said ‘seven’ when asked yesterday how many Tests he hoped to play this summer Broad insists he would understand if the coach wants to give chances to fringe bowlers in the first two against New Zealand next month.

‘Last year I was unhappy because the selectors had said the first Test team of the summer would be our best one,’ said Broad, speaking at a coaching session in East London organised by Lifebuoy and Chance to Shine. ‘So as someone who’d been through the Ashes and South Africa successfully, I felt it was my shirt and that I was in that best team.

‘To then be told I suddenly wasn’t in it with my record in England upset me. Is it realistic going forward to play every Test? No.

‘But if the communication is done well then you understand the reasons for it. There’s a difference between being rested and dropped and I feel I’ve had a career of being dropped and others have been rested. If I can finish my career being rested rather than dropped I’ll be a bit happier.’ 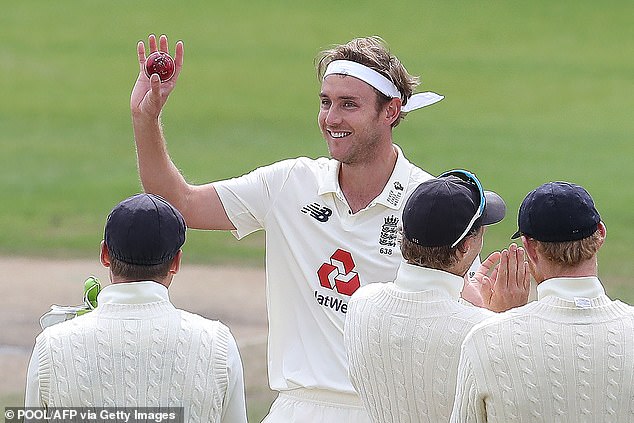 Broad will go into the first Test at Lord’s having made an earlier than scheduled start to this season with Notts and impressing all at Trent Bridge with the attitude that, approaching 35, sees him enjoying such a golden autumn to his career.

‘Pete Moores (the Notts coach) calls this the sexy stage of your career,’ said Broad. ‘You know what you’re doing, you don’t have too many bad days and you’re sharing all the information you have gained with young lads who you see grow and develop. It’s fun.

‘I look at Jimmy Anderson at 38 and three years ago I’d have thought I’d have no chance of getting anywhere near that age and still be playing. Now I sit here and think why not? Why not play on and enjoy it?’

Broad intends enjoying himself throughout this busy summer against the Kiwis and India and then in November into the biggest series of them all. 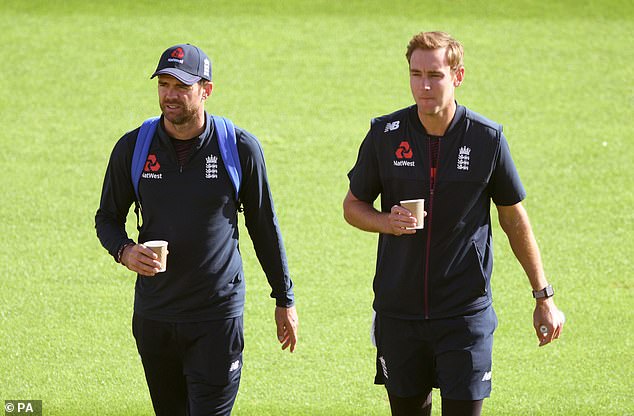 ‘There will be a lot of responsibility on senior players to settle our younger ones into Australia when we go there for the Ashes,’ he said. ’To arrive with no fear and embrace the country. Whether I play three Ashes Tests or just one I want to be part of it.

‘Away Ashes series can be seen as the end of an era, can’t they? But I see this year’s as the middle of our journey as a team. In no way am I thinking of being a 35-year-old walking off for good at Sydney. No, I want to keep going. I feel fit and fresh and I want to keep influencing this team in a positive way.’

Silverwood, meanwhile, will today name a 15-man squad without the injured Jofra Archer and Ben Stokes and those IPL players just out of quarantine for the Tests against New Zealand at Lord’s and Edgbaston. The uncapped Ollie Robinson and James Bracey look sure to feature, along with a return for Craig Overton.

Stuart Broad was coaching schoolchildren at Hague Primary School as a representative of the England team, of which Lifebuoy are a partner.