Stephen Robinson transformed Motherwell and took them into Europe… but having walked away after three years in charge, he now wants another chance to prove himself in England

When Graham Alexander came on the phone asking questions about the Motherwell job Stephen Robinson offered no hesitation. The move was right for both sides.

His own decision to quit as Fir Park boss on New Year’s Eve was neither quick nor easy. He had taken the team to third place in the Scottish Premiership. He had secured Europa League football. There were two appearances in cup finals. Over four years as boss he raked in £6million in transfer fees for likes of David Turnbull and James Scott and wiped out the club debts.

Every year he built up a team. Every summer he had to rip it up and start again. At times he spent more time fretting over the fortunes of Motherwell players than he did over his 16-year-old son. 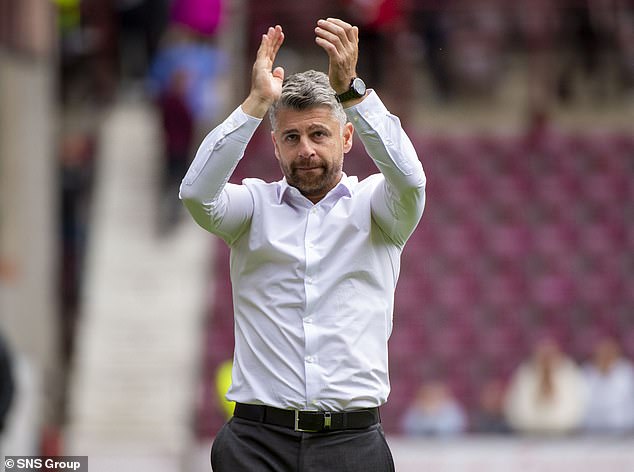 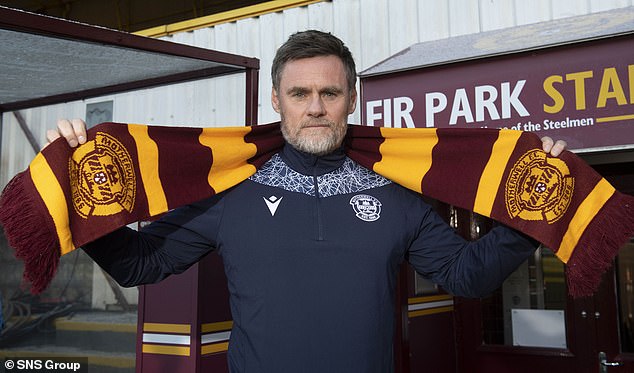 Letting go mid-season felt like a bereavement. Yet, when his old Preston team-mate Alexander called him up seeking the inside track on the post he told him to grab it with both hands.

‘When you go for a job interview everybody tells you things and you’re not 100% sure until you actually speak to the previous manager,’ Robinson tells Sportsmail.

‘I assured Graham it was a top class football club in terms of the people there. I had my reasons for leaving, but there was nothing I could say to discourage Graham.

‘I could only encourage him to work at a very good football club and assure him he would be allowed to run it from top to bottom with no interference whatsoever.

‘The expectations have risen massively in the last three or four years. And achieving those expectations time and time again might not be possible with the size of the budget Motherwell have and a fan base of 4000.

‘So you have to keep over-achieving and driving the club forward.

‘To finish third and get to cup finals is a big deal and I warned him the club would sell his best players — but that’s something he was happy with and used to.

‘Beyond that I couldn’t encourage him any more to go into Scottish football. Graham is his own man, he will make his own decisions.’ 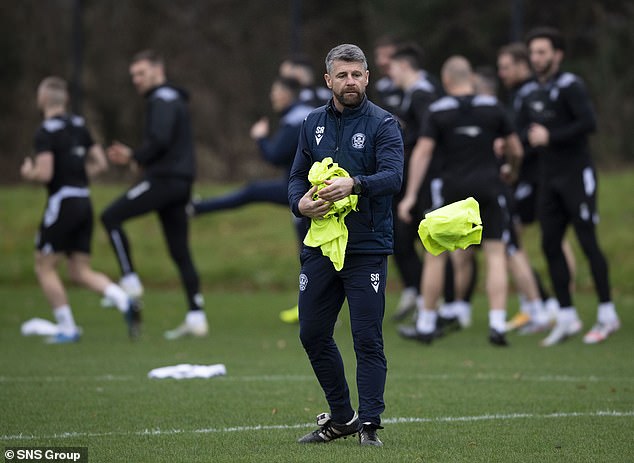 A former Northern Ireland, Bournemouth and Luton Town midfielder Robinson had two spells as assistant boss, with six months as manager of Oldham Athletic, before succeeding Mark McGhee in 2017.

Beaten finalists in the Scottish Cup and League Cup finals in 2017-18 the club qualified for Europa League qualifiers after finishing third when last season was cut short by the Covid-19 pandemic.

After punching above their weight, the rampant over-achievement was bound to end sometime. Injuries and the farcical indecision over six points awarded to the club for alleged Covid breaches by Kilmarnock and St Mirren proved draining. By the end he felt he had taken them as far as he could.

‘Every year at Motherwell you build up the walls and they get knocked down,’ he said. ‘There was never a chance to build on to the next season. You were starting from scratch every year.

‘I just thought the time was right for me personally to go. I didn’t believe I could take the club any further. There was frustration in there which were nobody’s fault. I was desperate for a new training ground. I was desperate for infrastructure to improve, but there isn’t a magic wand. Without money that’s very difficult to do.

‘The chairman Jim McMahon and Allan Burrows are men I couldn’t say anything but good things about. 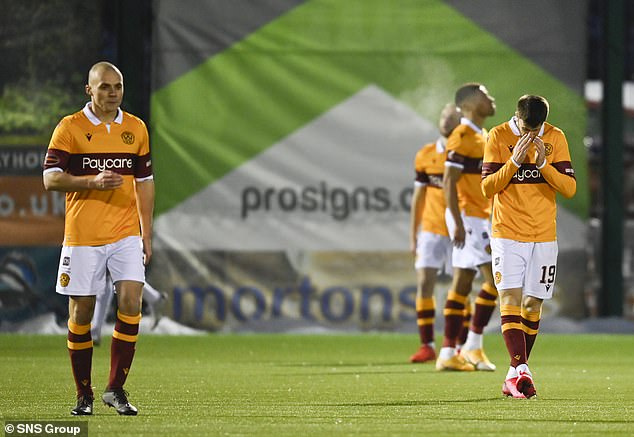 ‘Allan and Jim were behind the idea but it didn’t quite materialise and I felt I couldn’t take the club to the next level. I felt the club had reached the ceiling of where we could go to. Personally I don’t believe Motherwell will finish any higher than third.

‘A top six finish and a cup run is what the club should be aiming for and arguably we over-achieved by reaching two cup finals and the third place finish. When you are bringing in £6million for the sale of young players and not spending any transfer fees when you sell them on it’s very difficult to replicate time and again.’

He considered going after losing to Rangers at Ibrox. He thought about it again after a narrow defeat to Dundee United on Boxing Day. He finally did it on New Year’s Eve after weeks of agonising.

‘The right time to go would have been the summer probably. I’m the type of person where I don’t let anybody do anything. I try to do absolutely everything myself and you do run out of steam sometimes.

‘I was drained in terms of trying to push and push and push. When you are in management for five or six years at one place you become drained. It was the most difficult season I’d been involved in. You didn’t know where you were going to train. You didn’t know when you were going to get a day off. In terms of preparation Covid made the job even harder.

He lost key players like James Scott to Hull City. He sold David Turnbull to Celtic for £3m. At a selling club this is how it has to be. Harder to accept was the loss of his top three goalkeepers to injury along with the likes Charles Dunne, Liam Donnelly, Jake Carroll and Bevis Mugabi. 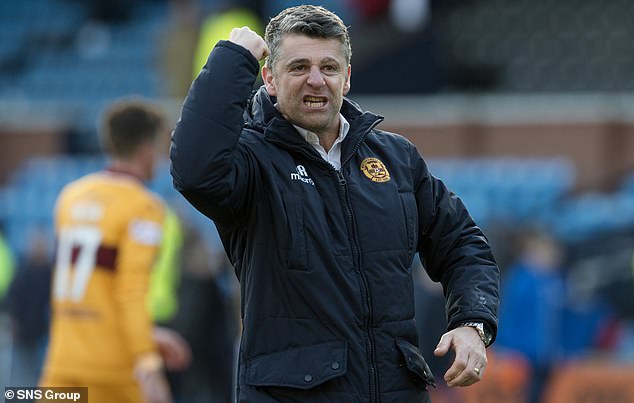 Had he hung around he might have brought them all back. What he could never recover was the chance to see his son move into adulthood.

Speaking from Dubai where he will take time out before considering his options, he reflects: ‘Unfortunately in football you sacrifice a lot of things. I probably missed my youngest boy Charlie growing up in the last five or six years.

‘He’s now a young man, 16, six foot one tall. I saw him regularly enough, but I made a lot of sacrifices for football and you just realise at times that you need a little time for yourself and your family.

‘It might only be a short break. In football you don’t get to wait and year and then say, “okay I’ll go back in.” I am not Pep Guardiola and if an opportunity comes along at what I feel is the right football club with people with a similar mindset to Motherwell then that would be appealing.

‘I would be very keen to move to the right club. Whether it’s Scotland or whether it’s England I don’t think it’s important, so long as it’s the right club. I left Motherwell in a much better position with no debts whatsoever and I am proud of what I achieved there.’