Stephen Robinson has been named the new manager of League One side Morecambe on a three-year deal.

The 46-year-old replaces Derek Adams who left to take the Bradford job, despite leading the Shrimps to promotion to the third tier in May’s play-off final.

Morecambe FC is delighted to announce the appointment of Stephen Robinson as first team manager.https://t.co/AyYrug4kmv

Speaking to the Morecambe website, Robinson said: “I have been very impressed with the club and everyone involved in the process.

“We are looking to build on last season’s successful promotion campaign and look to firmly establish the club in League One.

“There is a lot of work in terms of recruitment in the coming weeks and getting us prepared for the club’s first season in League One.” 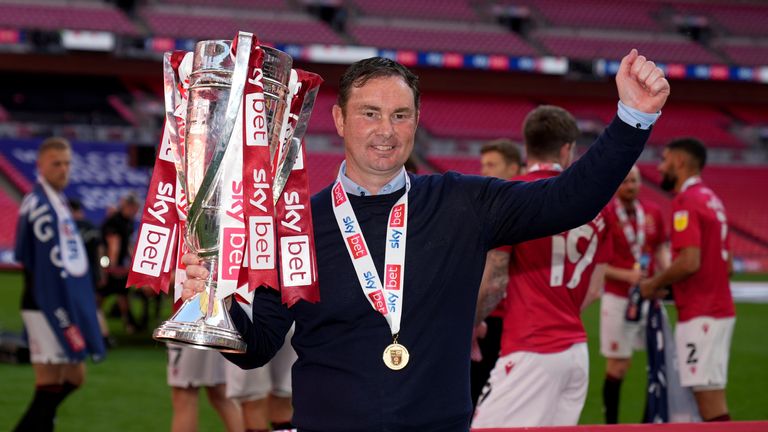 Robinson made over 400 appearances in a playing career that saw him turn out for the likes of Tottenham, Bournemouth, Preston and Luton before retirement in 2008.

He then took charge of Oldham before returning to Motherwell where he was named manager in 2017, guiding them to the final of both the Scottish League Cup and Scottish Cup.