In a meeting of monarchs, Liverpool’s Egyptian King now sits alongside King Kenny. For Mohamed Salah, a 172nd Liverpool goal means he has as many as the revered Kenny Dalglish, and in 238 fewer games. For Liverpool, Salah’s landmark strike was accompanied by an assist to show that, like Dalglish before him, he is far more than simply a finisher. Virgil van Dijk was the beneficiary and, until Stefan Bajcetic made it a day of scorers old and new with his first Liverpool goal, the Dutchman also had to be at his most defiant to secure victory at Villa Park.

It was just Liverpool’s second on the road in the Premier League this season and, like November’s triumph at Tottenham, indicated that they have regained the ability to prevail when subjected to intense pressure. Aston Villa’s first league defeat under Unai Emery was only inflicted after a frenzied effort, full of openings at either end, and with a performance to suggest the Spaniard’s debut win over Manchester United was no fluke.

For each club, it was a spectacular return to Premier League action. Liverpool had their mettle tested and could be grateful to the spine of a champion side: to Alisson, who conceded seven at Villa Park two years ago and, but for a series of saves and offside decisions, could have let in as many again; to Van Dijk, who in a game of high-octane, high entertainment showed his nerveless streak in organising the high defensive line; to Fabinho and Jordan Henderson, who produced performances of stature in midfield; and to Salah, whose sixth goal in as many games was a sign that, after a 40-day break due to the World Cup, he is carrying on where he left off. 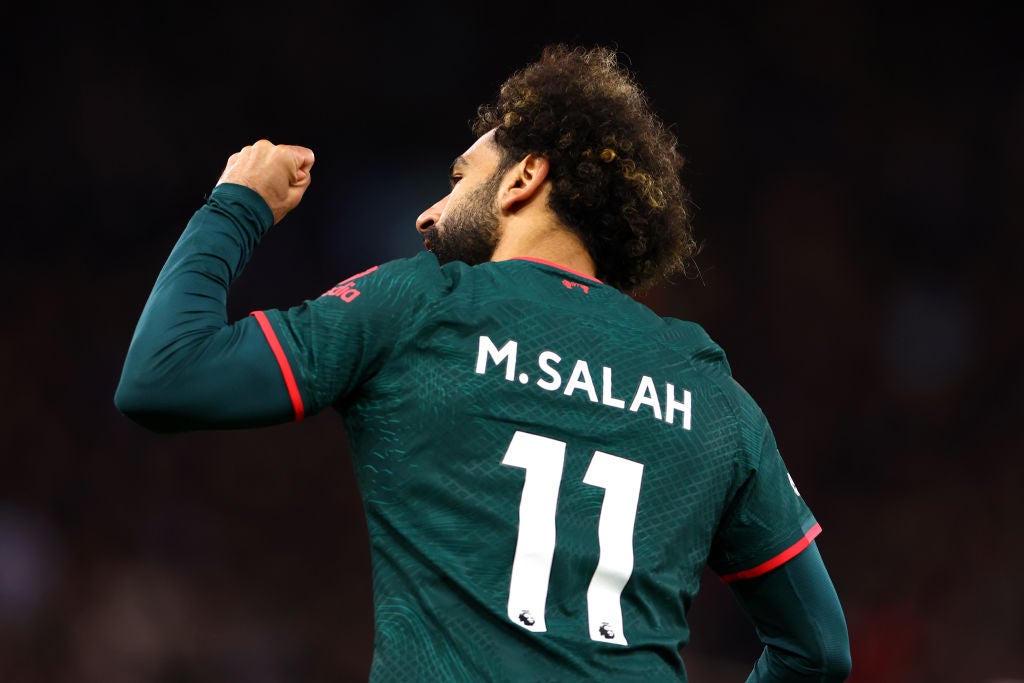 And yet it still took a rather less proven figure to see off Villa. Bajcetic had only played 21 minutes of top-flight football before coming off the bench. He had endured a difficult first half at Manchester City on Thursday. He may have been surprised to be summoned to replace the tiring Henderson but, after barely a minute on the pitch, the 18-year-old had become Liverpool’s third youngest Premier League scorer, in elite company behind Michael Owen and Raheem Sterling.

It brought an element of novelty to a familiar outcome. This was Liverpool’s ninth win in 10 league games against Villa, but the other was among the most traumatic games of Jurgen Klopp’s reign, 2020’s 7-2 reverse. On a return to Villa Park, Salah again scored, but much else was different. On a ground where Liverpool crumbled two years ago and stood tall in May, they prospered again. They made up two points on Tottenham in the battle for fourth, but their fans were able to end the game chorusing about Steven Gerrard, the Anfield icon Villa sacked. 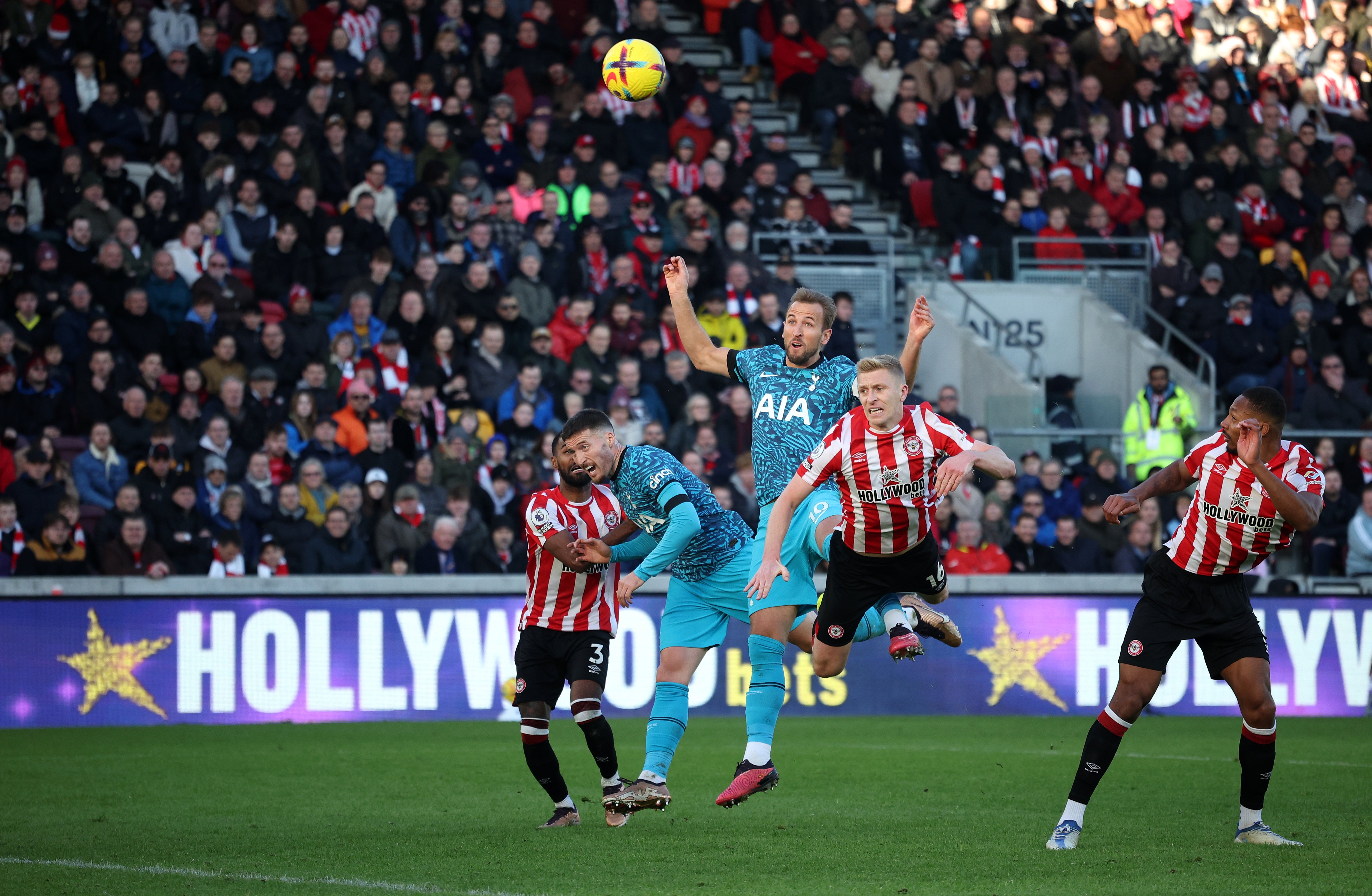 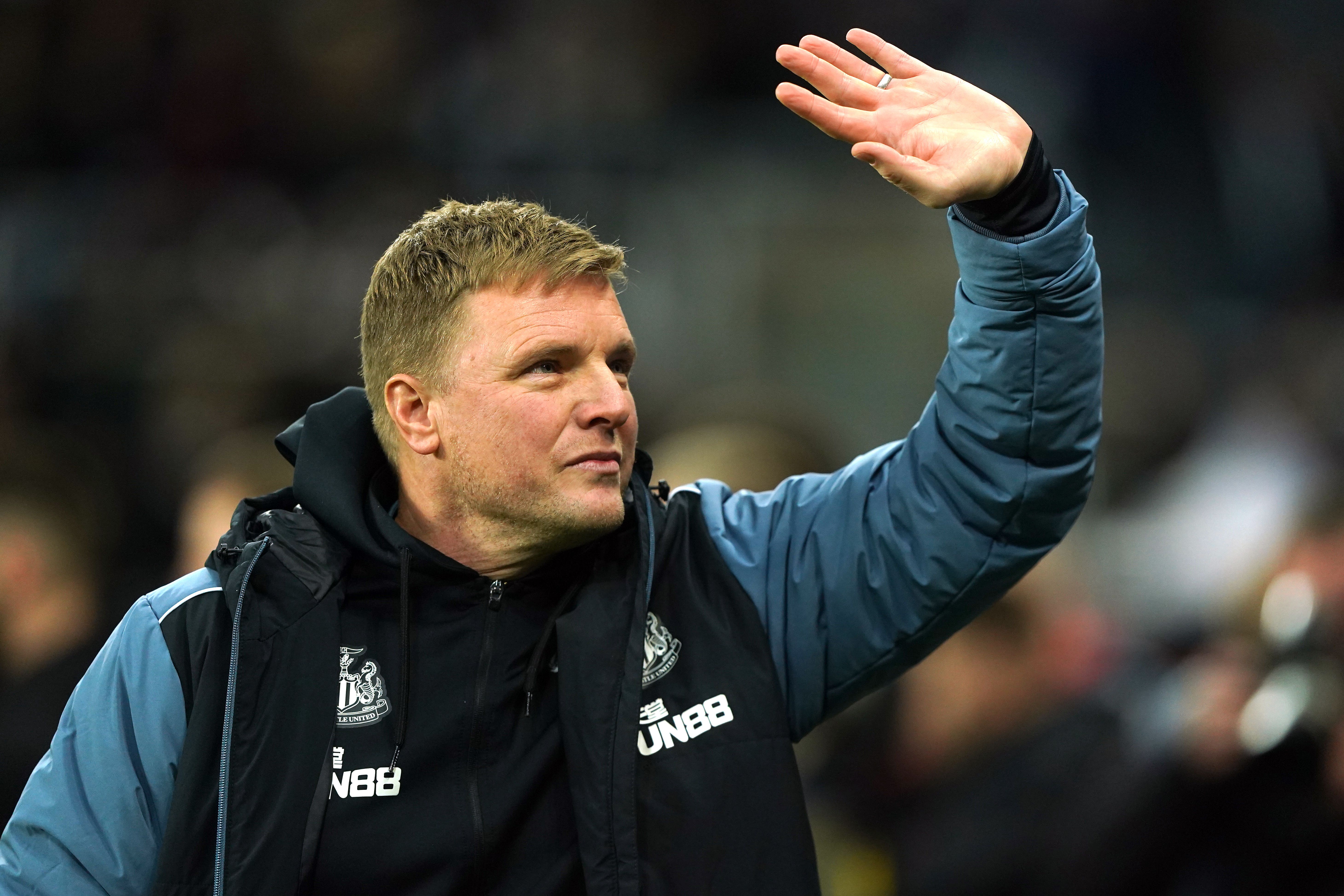 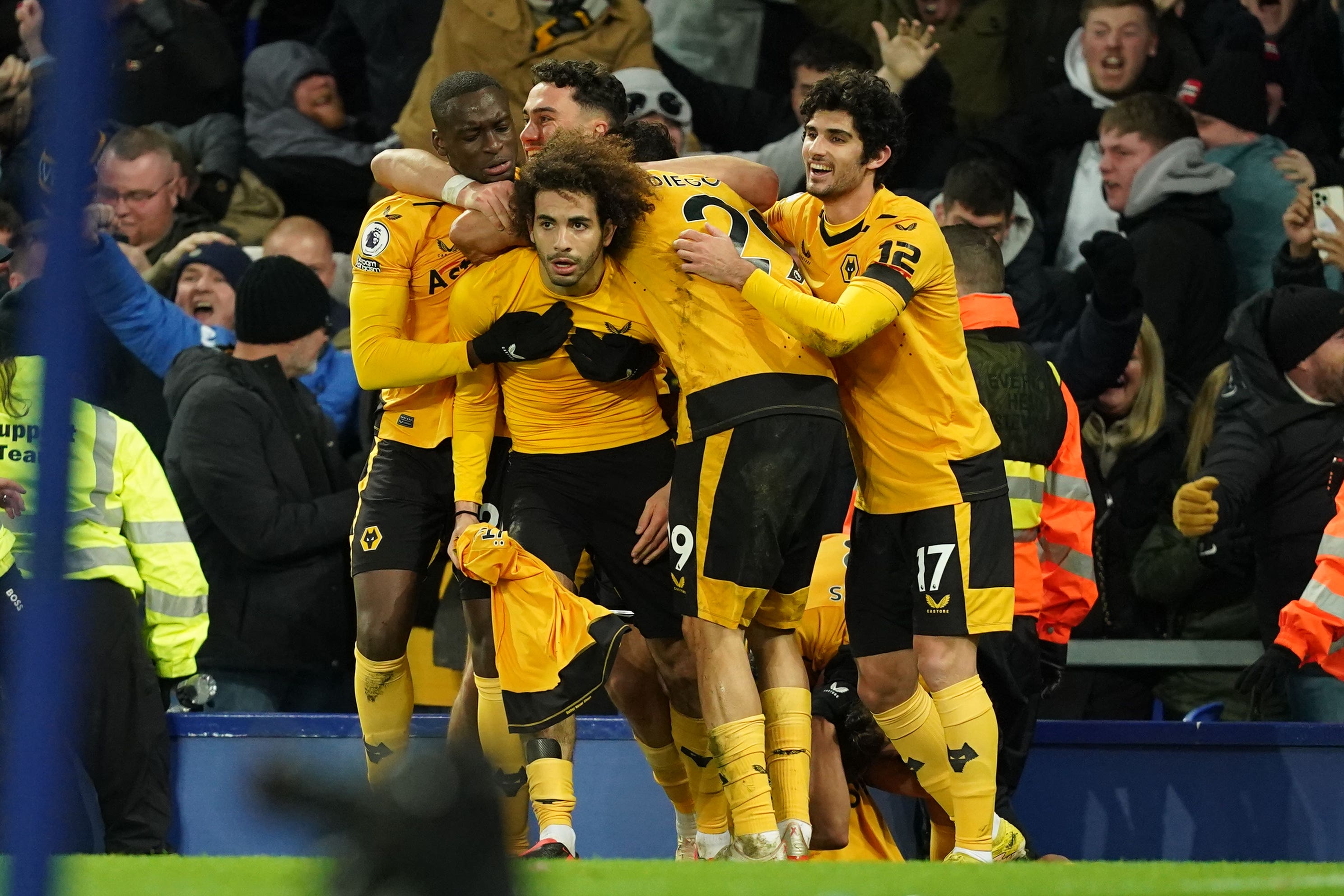 A more modern hero had pulled alongside a great from a past generation. Salah drew level with one Scotsman, Dalglish, with the aid of another, as Andy Robertson passed Leighton Baines to become the defender with the most Premier League assists.

It was part of an ill-fated start for Robin Olsen; deputising for the new World Cup winner Emiliano Martinez, his first action was to be flattened by Tyrone Mings, his second to pick the ball from the back of his net. Liverpool’s first-half double stemmed from Villa’s inability to clear corners. The opener came from a combination of full-backs, albeit with Robertson, the corner taker, scarcely in his natural domain as he had remained on the right. Trent Alexander-Arnold chipped a pass over the Villa defence, Robertson met it with a half-volleyed low centre and Salah had a tap in.

Alexander-Arnold took the set-piece for the second, resulting in Salah to lay the ball back to Van Dijk to hook in from an acute angle. His previous shot had been the missed penalty in the Netherlands’ World Cup exit to Argentina; this was altogether more precise, but this time Martinez was not in goal. In his absence, Olsen had an eventful evening, almost conceding to a colleague when the ball rebounded from Ezri Konsa on to his own post after a lightning break from the half-way line from Salah, whose initial shot was saved. 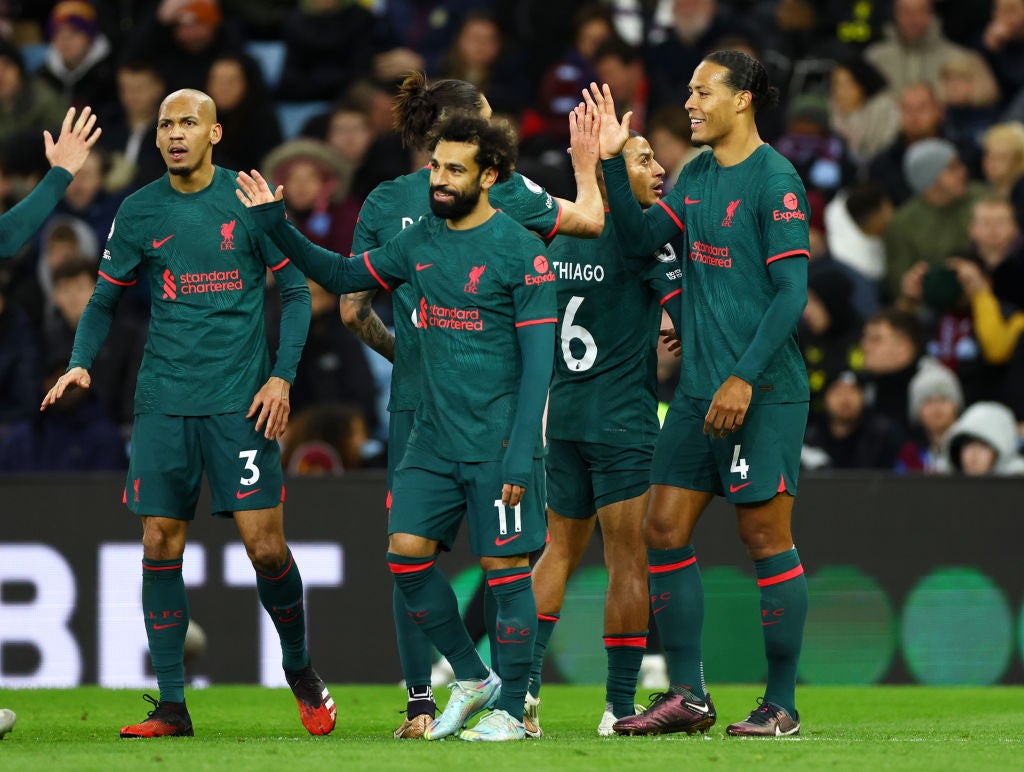 Yet his teammates showed their own enterprising streak. There was a vibrancy to Villa. Leon Bailey looks revitalised by his conversion to a roving striker, though many of their attacks revolved around his sidekick in attack. Ollie Watkins scored a hat-trick in the 7-2 and had the opportunities for another treble. He headed in from Douglas Luiz’s cross, though he was aided by Alexander-Arnold, whose wild attempt to clear instead only sent the ball to John McGinn. It was just his third league goal of the season and profligacy was a theme. Watkins had chances after 40 seconds of each half, directing the first at Alisson, beating the goalkeeper in the second but when offside. In between, he put a header too close to the goalkeeper. 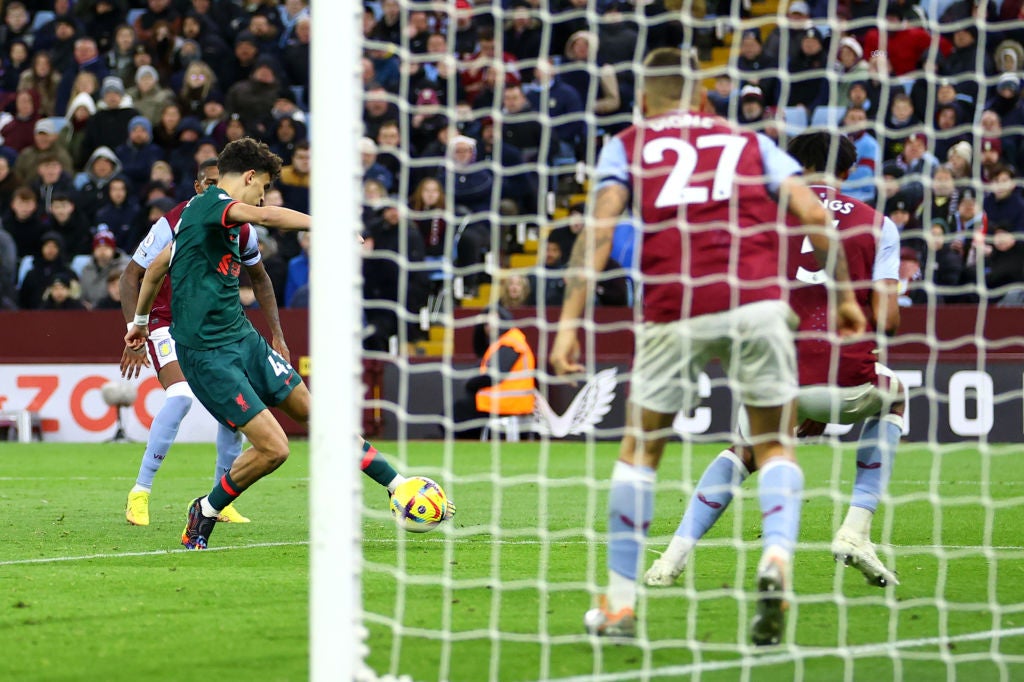 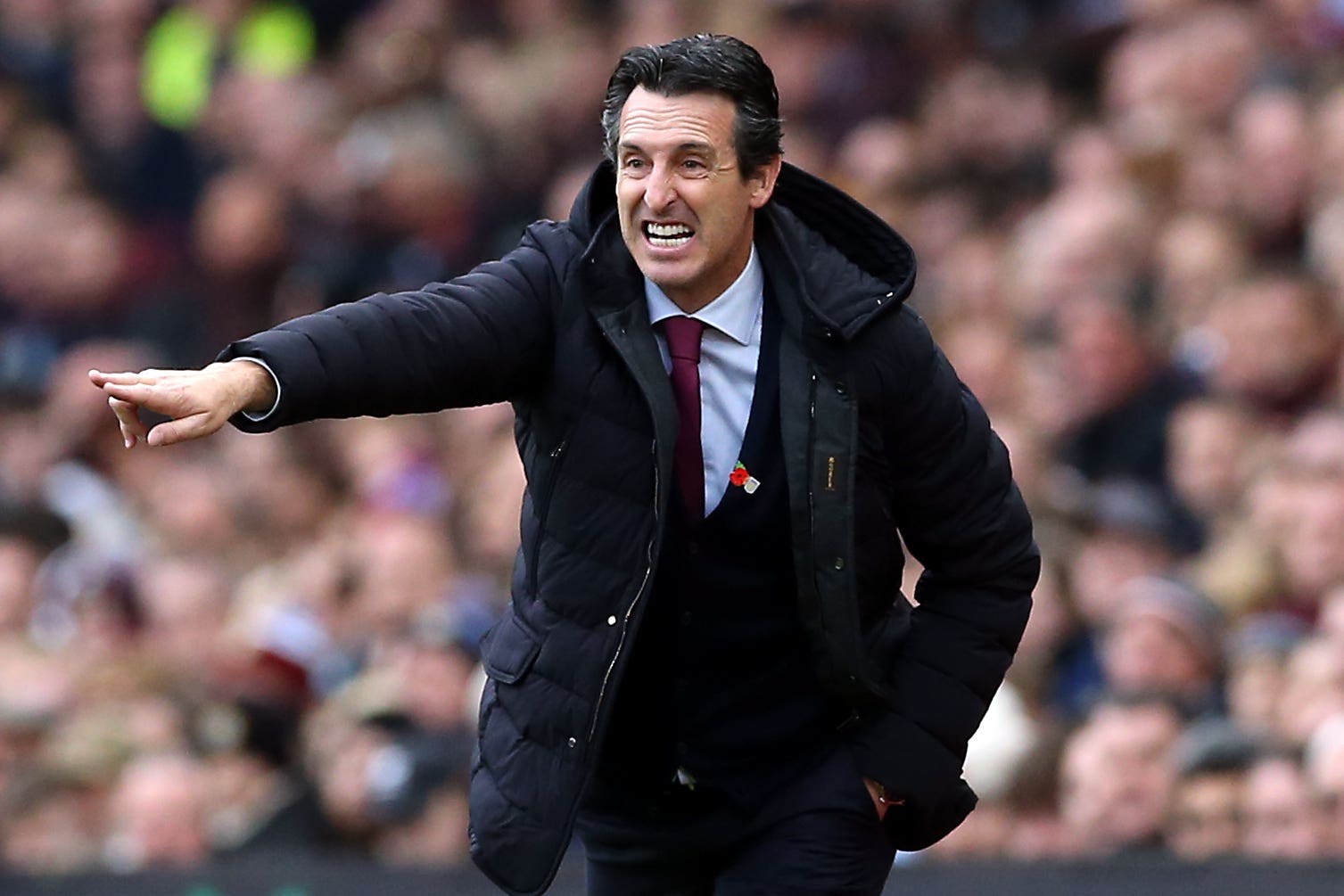 He was not the only striker struggling to convert presentable chances. The frenetic, error-strewn feel was underlined when Darwin Nunez shinned a volley at Olsen after latching on to Konsa’s sliced attempt at a clearance. It was symptomatic of his evening: he skewed a second-half shot wide after a brilliant, defence-splitting pass from Salah.

Often offside, usually unpredictable, seemingly uncontrollable, Nunez produced a performance of characteristic ubiquity. His was a huge, if rather mixed, contribution. If his misses at Manchester City had cost Liverpool, those at Villa did not, in part because it was Nunez, with a loose touch and then a cross Olsen parried, who played a part in Bajcetic’s goal, with the teenager showing the composure to elude the goalkeeper and slot in a maiden Liverpool goal. He is only 171 behind Salah.