‘We were thick as thieves… but sitting with him now is the hardest 45 minutes of your life’: Stan Bowles and his great QPR friend Don Shanks led thrilling, colourful lives, but Stan’s Alzheimer’s battle has wiped those golden memories

Don Shanks is reminiscing about his debaucherous days with his great mate Stan Bowles. ‘We had a few episodes where stuff happened and we somehow managed to get out of it,’ smiles Shanks. It is an almighty understatement.

The QPR team-mates were inseparable in the Seventies – sharing a flat and, on more than one occasion, a prison cell. ‘The Belgium one was my fault,’ begins Shanks, about a pre-season escapade.

‘We had been out and came back to the hotel and the bar was closed. I said to Stan, “I bet you a fiver I can get a brandy”, then I collapsed on the floor. The waiter came running out and Stan said, “Quick, get him a brandy”. He did, I drank it and got up! We started laughing and went to the room. But the fella didn’t see the funny side of it…’ 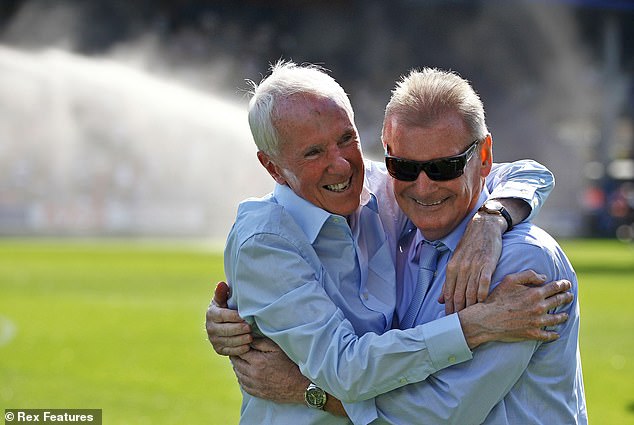 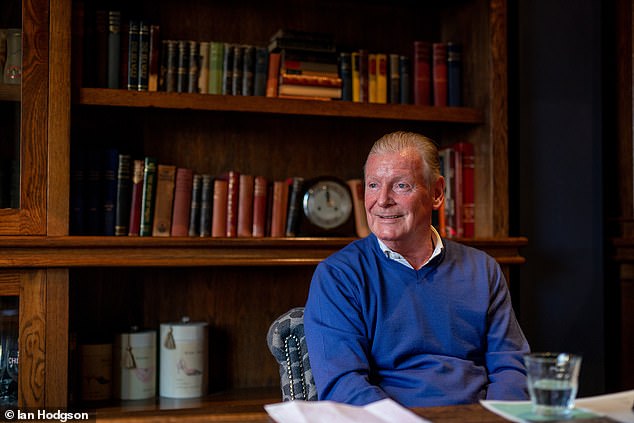 Unbeknown to the two footballers, the waiter had called an ambulance when Shanks collapsed and it is a criminal offence in Belgium to waste the time of the emergency service.

‘Armed police came up to our rooms with dogs,’ says the 68-year-old. ‘We didn’t know what we had done. We got taken down to the station and got smashed up, got a bit of a beating. We were in the cells for a few hours and then eventually got sent back to the hotel. Stan got a grand off a paper to tell his story!’

The other time they shared a cell was closer to home – London’s Snow Hill to be precise. As the tale goes, Bowles had borrowed a van from a friend to take him and Shanks to Hackney Wick to watch the dogs.

However, after stopping off at a Wimpy on their way home, the duo got more than the burger they bargained for. ‘I put the key in the van and they came out, six of them – it was the Flying Squad!’ explains Shanks. ‘I was lying on the road with a gun against my head on the floor. Then Stan came out and they grabbed him as well.

Shanks and Bowles were charged and the case went to court before it was eventually dismissed. ‘Stan got another couple of grand out of the papers for his story,’ adds Shanks, who got his own turn in the limelight when he started dating the reigning Miss World.

His relationship with Mary Stavin began after Bowles wagered £100 on Shanks not being able to pull her. But it ended when a certain George Best started an affair with the Swedish beauty queen, leading to a fight in a London hotel.

‘Yes, me and Georgie had a confrontation about the sleeping arrangements for the evening,’ grins Shanks. ‘We had a bit of a fight in the hotel foyer. Nothing too dangerous. It is one of those things, it happens to everybody in life.

If that was embarrassing for Shanks, it was nothing compared to Bowles’ appearance on Superstars, the iconic BBC programme, which pitted elite athletes against each other over a variety of sports.

With Shanks acting as the England international’s ‘manager’, the pair spent the night before the competition sinking large brandies in the hotel with fellow hell-raiser James Hunt, the 1976 Formula One world champion. 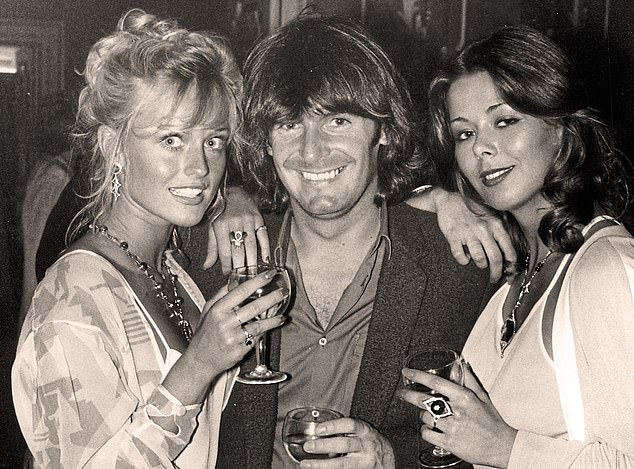 The next day was a write-off and has gone down in legend. ‘Everything Stan did was a disaster,’ says Shanks. ‘He went into the swimming but he can’t swim. He did his back in doing the weightlifting. In the canoeing, he capsized. He shot the table in the shooting.’

Bowles set a new record for the lowest points ever scored on Superstars – seven out of a possible 80. ‘Afterwards, I said to the woman who invited Stan on, “We didn’t do enough training but we will be spot on for next year”. She said, “There won’t be a next year”.’

Shanks never tires of sharing such stories, particularly as he is the only one of the two who still can.

In Bowles’ book, he says of Shanks: ‘If the two of us had never hooked up we might both have had a bit more money but never would we have had as much fun. I wouldn’t swap those memories for all the tea in China.’

But sadly for Bowles those memories have now gone, having been diagnosed with Alzheimer’s disease aged 66 in 2015.

‘People always ask, “Do you think he remembers you?”, but the truth is you don’t really know,’ admits a more sombre Shanks. ‘You think about a half of football, well sitting there with Stan is the hardest 45 minutes of your life. There is very little communication. There are no sentences. It is mono-syllabic.’

Last summer, Bowles, now 72, was moved into full-time care. He had become too difficult for his daughter Andrea to look after on her own at home in Manchester, as she had done since he first started suffering from the neurodegenerative condition. Now, because of the coronavirus pandemic, even Andrea is not allowed to visit him.

‘She goes and sees him now and he is the other side of the window,’ says Shanks. ‘The family have got it worse than the individual now because he doesn’t know what’s going on.

‘He has been picked up many times by local Manchester people after getting lost walking around in his pyjamas. 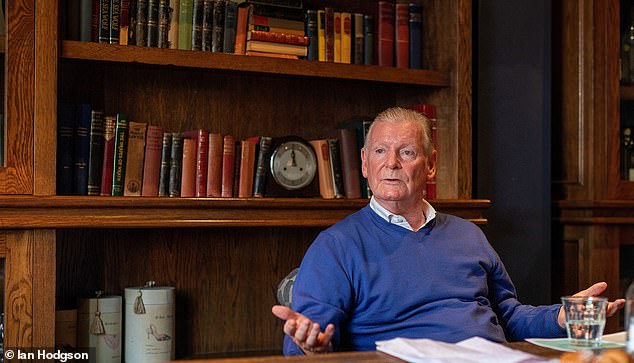 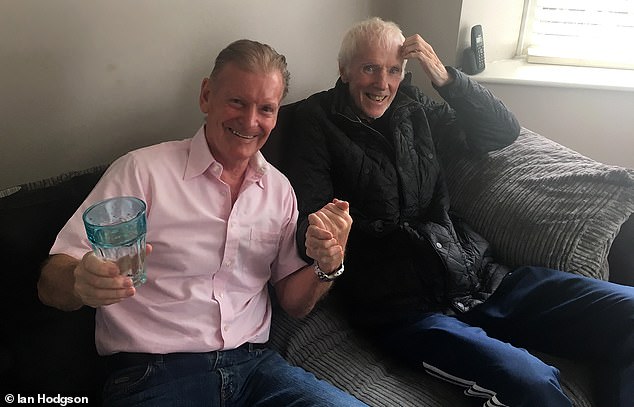 Shanks poses for a picture alongside Bowles, who was diagnosed with Alzheimer’s in 2015

‘I didn’t know anyone who had that condition until Stan had it. Until you know someone who has got it, you have no idea what this does to people and what this does to families – how all of a sudden their lives are totally, absolutely shattered.

‘There is no good news, there is no reversal, there is no cure. It just gets slowly worse. It is soul destroying for everybody involved.’

It is certainly a sad existence for one of the game’s finest talents and greatest characters. The maverick forward scandalously won only five caps for England but he was voted QPR’s best ever player with 97 goals in 315 league appearances – coming close to winning the title with them in 1976.

‘He could do anything out there,’ says ex-defender Shanks, who played with him at Loftus Road for five years. ‘He always wanted the football. He would absolutely slaughter defenders.

‘He was never in a rush, totally in control of all situations, no panic, nerves of steel. But still a fantastic team player.’

Off the pitch, Bowles, if you hadn’t worked it out by now, loved gambling, drinking and women. He once famously said: ‘I blew the lot on vodka and tonic, gambling and fags. Looking back, I think I overdid it on the tonic.’

According to Shanks, ‘gambling was totally destructive for him’ and ‘football basically supported his habit’. That is one of the main reasons why Bowles’ family have had to largely rely on fundraising to cover the cost of his care.

A benefit match between QPR and Bournemouth in 2017, which Shanks helped arrange and Bowles attended, brought in more than £100,000. A year later, Shanks raised another £20,000 for Bowles’ GoFundMe page by running the New York Marathon.

‘I am actually going to run it again next year when I am 70,’ reveals Shanks. ‘The one in 2018 was an event with one objective – just to complete it. I did it in 4hr 11m but next time I will run it and go the fastest I can. 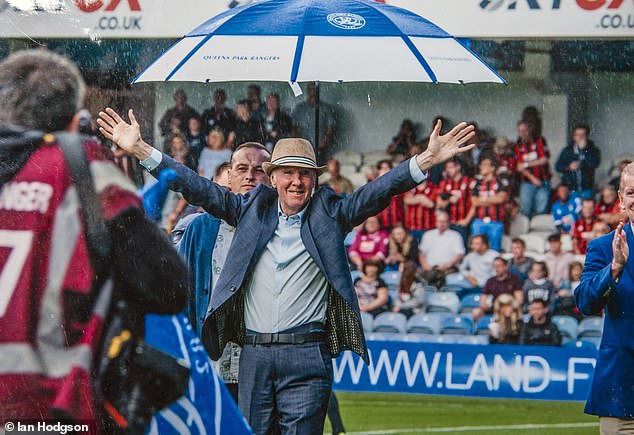 Bowles attends a benefit match between QPR and Bournemouth in 2017, which Shanks helped arrange and brought in more than £100,000

‘I will try and do something a bit spectacular. My target will be to break four hours which, four years older, at the age of 70, would not be too bad.’

But Shanks’ grand plans do not stop there and Bowles is not the only former footballer he wants to support.

He and his friend Colin Hale, who runs Sports Funding Initiatives, are in talks with a major care home provider to set up a home for former footballers and sportspeople with dementia as early as next year.

‘Dementia is an enormous problem in football now and it has got to a point where we should take a leaf out of horseracing’s book, which has the Injured Jockeys Fund and three rehabilitation centres,’ says Shanks.

‘People fall on hard times, people get sick, people are on their own. There should be a football place that these guys can go to.

‘Maybe only 16 rooms, but with a nice TV area, where people can have a life and not feel alienated. You might open it up to other sports, so you get rugby players or boxers in there. And then get people working in these homes with a little bit of a sporting background.’

Shanks also believes an annual ‘Dementia Day’ should be put into the English football calendar to raise funds and awareness. ‘Let someone pick a day and all clubs can do it,’ he says. ‘You can have proceeds from the game, sponsors taking adverts out, volunteers with buckets collecting money. 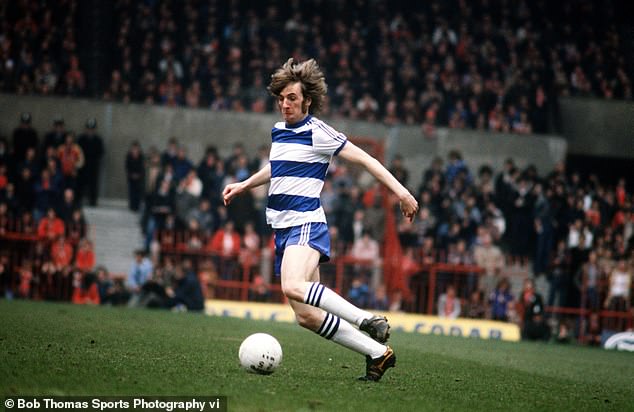 ‘Every club has at least one player they revere that has regrettably got dementia, but there is nothing that gels that together. We will be writing to the clubs to see if we can make this happen.’

Fundamentally, however, Shanks thinks football – the FA, Premier League, PFA and the players – should be putting more money in themselves to look after their own.

‘With the guys now that are earning so much money, it will make no difference for them to pay one to two per cent of their salary to go into a fund and help build these care homes,’ adds Shanks.

‘Everyone thinks about today but they are not thinking about 10 years’ time. All these footballers today, there will be a percentage of them in 20 to 30 years exactly like the ones are now. Maybe they will be financially better off, but they will be going through these things and then they won’t know they are a millionaire.

‘If you are an individual who has got nobody, you are totally screwed. There should be a database of former players who are checked upon.

‘The Daily Mail have highlighted lots of footballers on your pages and there are more to come. It’s a footballing issue that has to be addressed by football. Football should look after its players.’ 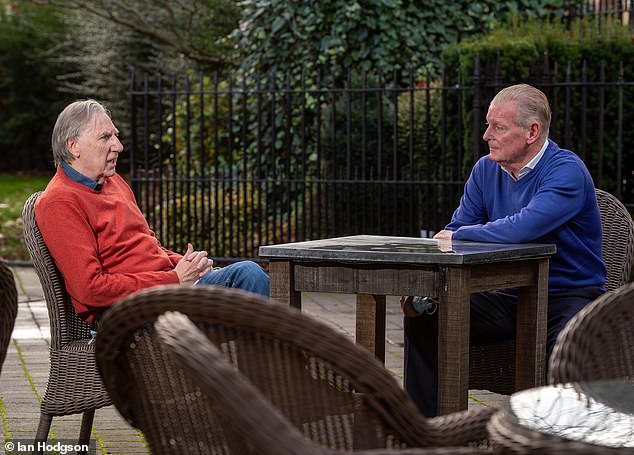