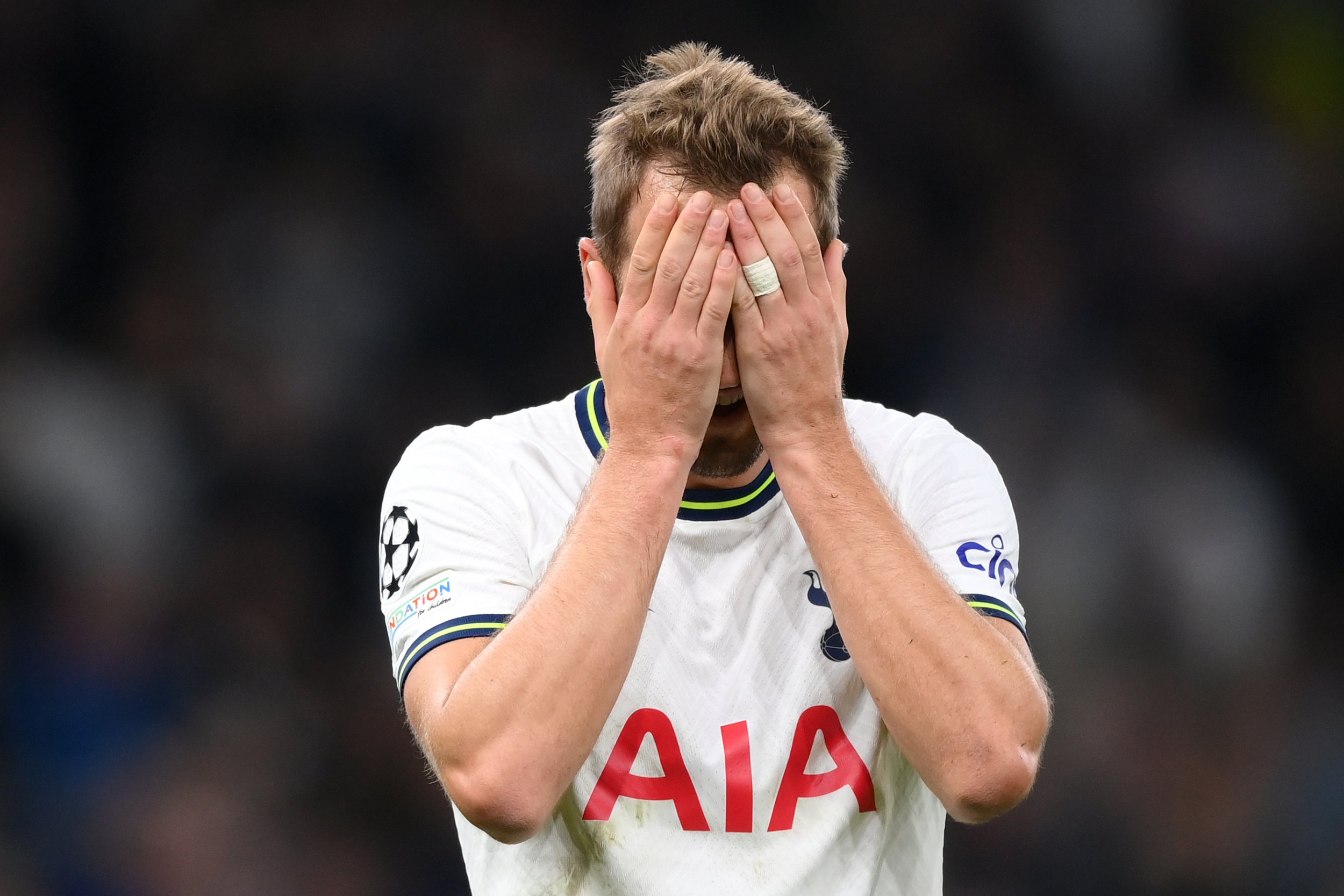 Tottenham were denied a late win against Sporting in the Champions League after Harry Kane’s injury-time goal was ruled out for offside.

Former Spurs midfielder Marcus Edwards put the Portuguese side in front in the first half and Spurs had to wait until the 80th minute for Rodrigo Bentancur to equalise.

Antonio Conte’s side then thought they had secured a place in the Champions League knockout stage as Kane met Emerson Royal’s header inside Sporting’s box to lash home from close range.

But after a lengthy VAR check, the goal was ruled out as Kane was offside from Emerson’s header across the box.

Conte was also shown a red card on the touchline, meaning he will not be in the dugout for Spurs’ final Group D game against Marseille next Tuesday.

The result leaves Spurs top of Group D with eight points, but Sporting and Eintracht Frankfurt are close behind on seven points, while Marseille have six points.

‘I think you can see from the celebrations we thought we won it. I don’t really know what happened at the end,’ Spurs defender Matt Doherty told BT Sport.

‘I thought because it went backwards and hit a defender it was a different phase of play. I’ll have to look at the rule book. A few of us don’t have a clue what happened.

‘If we’re being honest we didn’t play that well. They nullified us in the first half and deserved to be ahead.

‘We’re top of the group. It’s not how we wanted the night to go but it’s still in our hands.’