‘Playing without fans is sadder than dancing with your own sister’: Spain boss Luis Enrique bemoans the Bundesliga behind closed doors as LaLiga ramps up efforts to return

Spain manager Luis Enrique has bemoaned Bundesliga’s behind-closed-doors action, saying playing football without fans is ‘sadder than dancing with your own sister’.

Germany’s top flight recommenced last week following the suspension of football due to the coronavirus.

When asked for his thoughts on playing competitive matches without supporters, Enrique gave Colgados del Aro his strange repsonse. 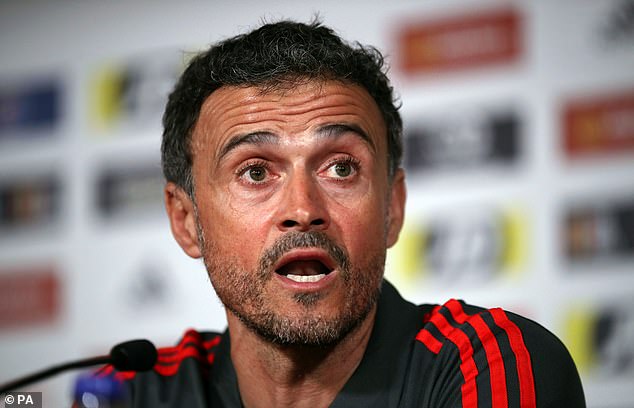 ‘It’s sadder than dancing with your own sister,’ he said. ‘I saw some games from Germany over the weekend and it’s a sad sight. You can hear everything and the intimacy of the better moments is lost.

‘We have to remember, I guess that this is big business and I understand that with football back, it may serve as a way of helping people in dealing with confinement. Watching football and basketball in these circumstances is certainly odd.’

Spanish clubs were given the green light to restart training this week, two months after Covid-19 brought the game to a shuddering halt across Europe. 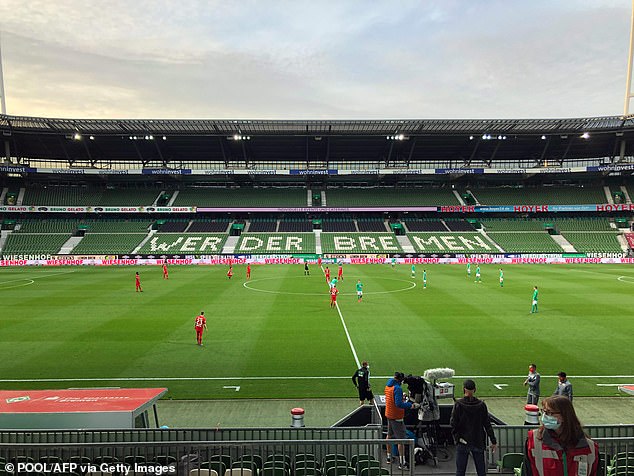 LaLiga giants Barcelona and Real Madrid returned to non-contact training in groups of 10 on Monday as Spanish top-flight clubs ramped up their preparations ahead of the June 12 resumption.

Enrique was in the Barcelona hotseat for three years before becoming manager of Spain.

Euro 2020 was postponed until the summer of 2021 in March and Enrique revealed his side are scheduled to play matches in the autumn but will only hold games when it is safe to do so. 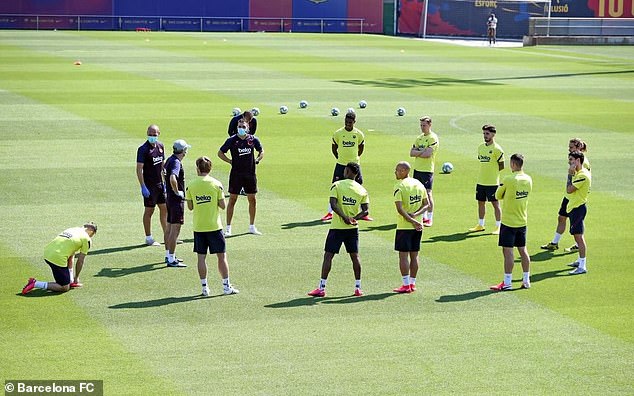 ‘It’s [the tournament] been moved to next year and there is still an air of uncertainty about everything. This new situation with everything shrouded in doubt is something we’ll have to deal with.

‘We’re waiting for football to return and later down the line, plan a few friendly games. In principal, the Spanish national side should have a few games in September, but only when it’s safe to stage these.

‘At present there are other more important matters a-foot so we just need to be patient.’