Manchester United boss Ole Gunnar Solskjaer has paid a poignant tribute on the 63rd anniversary of the Munich Air Disaster by laying a wreath outside Old Trafford.

Solskjaer was filmed paying his respects to the 23 people who tragically lost their lives on February 6, 1958. The club solemnly mark each anniversary of the crash and usually hold a yearly service at the stadium.

Supporters were not able to attend this year, however, with Solskjaer undertaking the emotional gesture alone before holding a moment of silence. 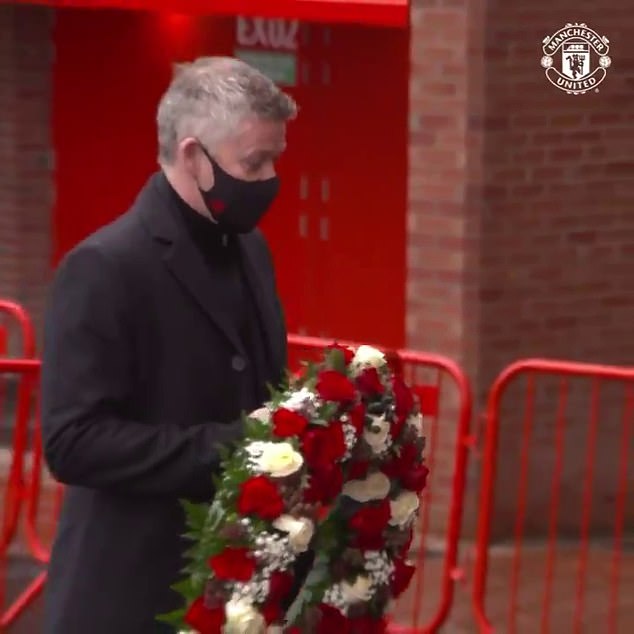 United play Everton at 8pm today – and it is a rare occasion when the anniversary of the disaster coincides with a fixture.

Solskjaer has urged his squad to deliver a ‘fitting performance’ in tribute to the fallen.

‘It’s a big day for everyone and always an emotional one,’ he said. 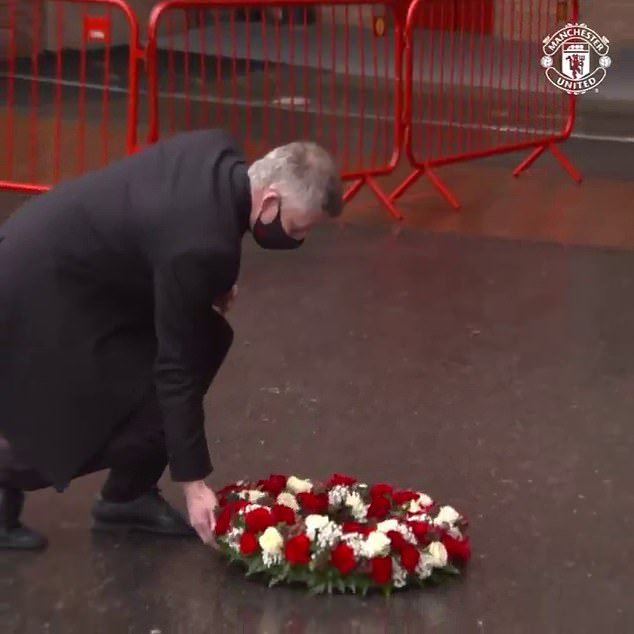 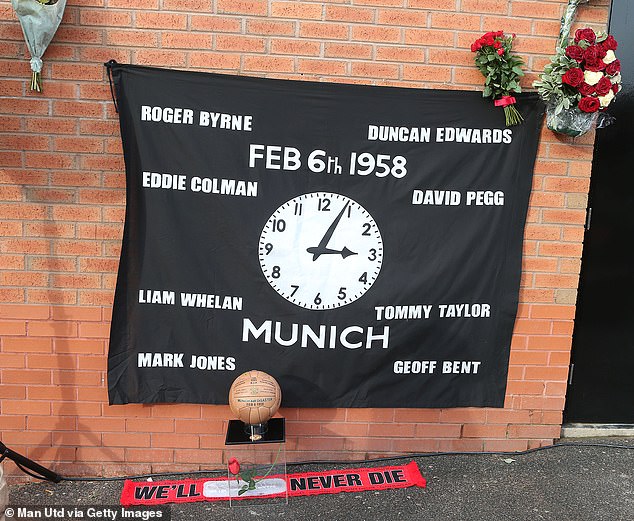 ‘It’s only the fourth time the game is played on the actual anniversary and it’s important we put on a fitting performance and hopefully we can honour them with the result.’

United Women manager Casey Stoney also laid a wreath of her own.

Eight United players were among those killed when their plane crashed on take-off in Munich. 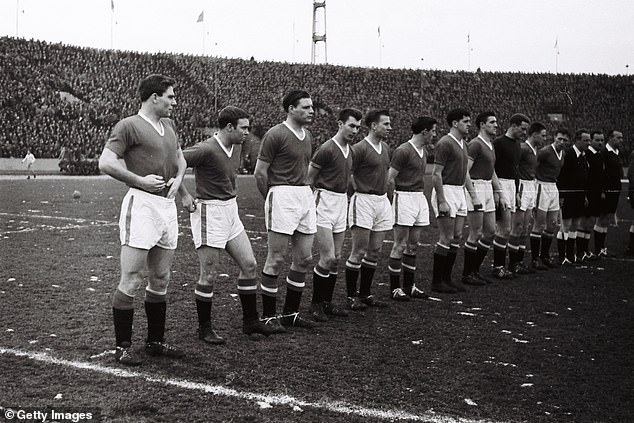 The disaster happened while Sir Matt Busby’s team were travelling back from Belgrade after reaching the semi-finals of the European Cup.

Sir Bobby Charlton is now the only living member of the group of players who survived the crash.

A service for supporters typically takes place on each anniversary under the Munich clock outside Old Trafford.

This year, a pre-recorded service was shown instead, beginning at 2:55pm. 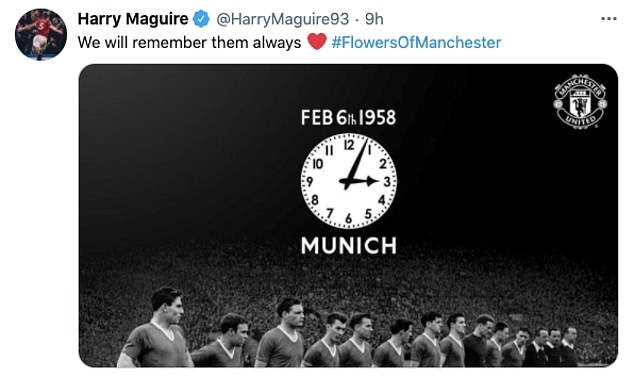 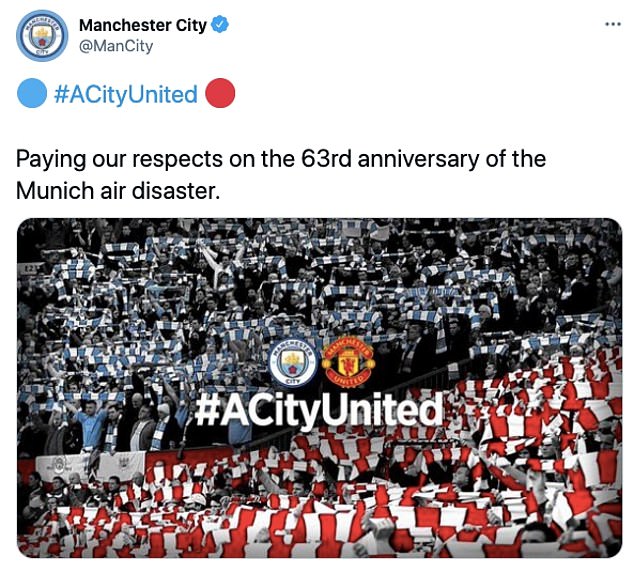 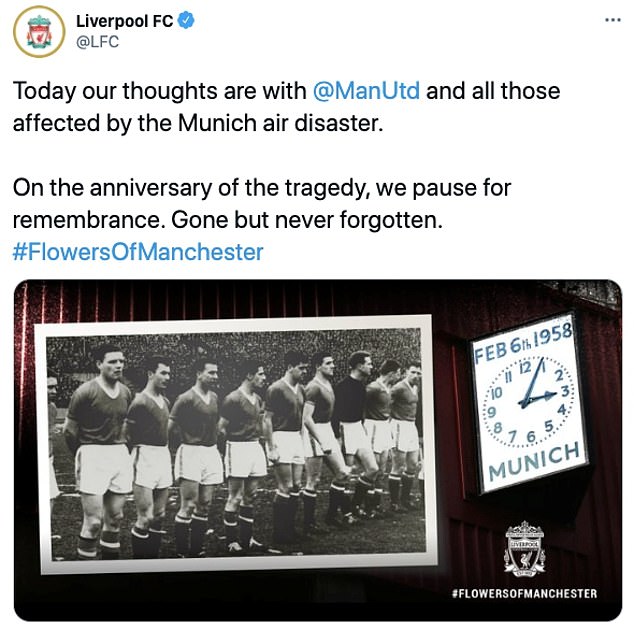 At 3:04, the precise time of the disaster, another minute’s silence was undertaken.

Another minute’s silence will be held before kick-off and both teams will also wear black armbands. The two captains will lay wreaths.

Harry Maguire, who will lead United out on Saturday evening, posted a touching tribute and wrote: ‘We will remember them always.’

Manchester City and Liverpool were among a large number of clubs to have also paid their respects this morning.