Ole Gunnar Solskjaer is optimistic Harry Maguire will be fit to lead Manchester United into the Europa League final against Villarreal.

Maguire damaged the ligaments in his left ankle at Aston Villa eight days ago and is racing to be back in time for the final in Gdansk on May 26.

‘He’s making progress but we’ve consciously taken the route of not testing him out too quickly because we don’t want to aggravate something,’ said Solskjaer. 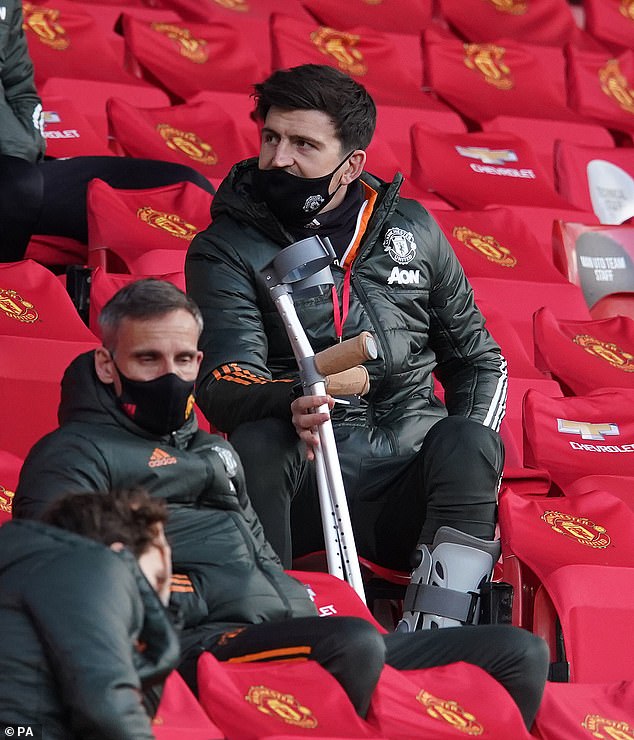 ‘Harry wants this so much, so he doesn’t want to take any risks either. We decided early on to focus and be positive and think that you’re going to make it until you have to say no. I’ve always been an optimist so we’re positive.

‘Harry is our leader and our captain. He’s been more or less ever-present. He is a big miss at the moment. I will give him as long as he needs, until he says yes or no.’ 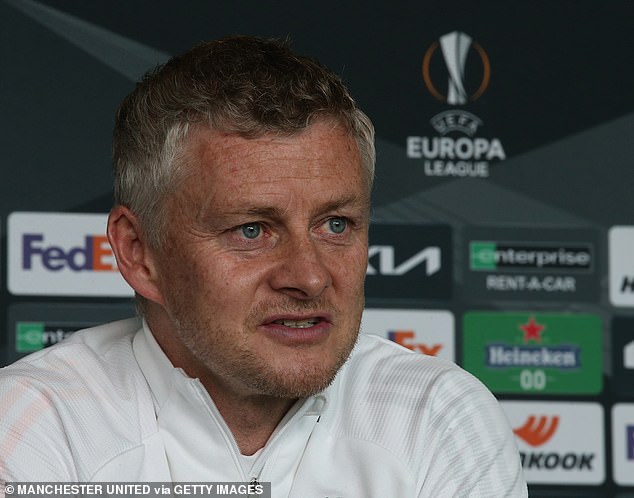 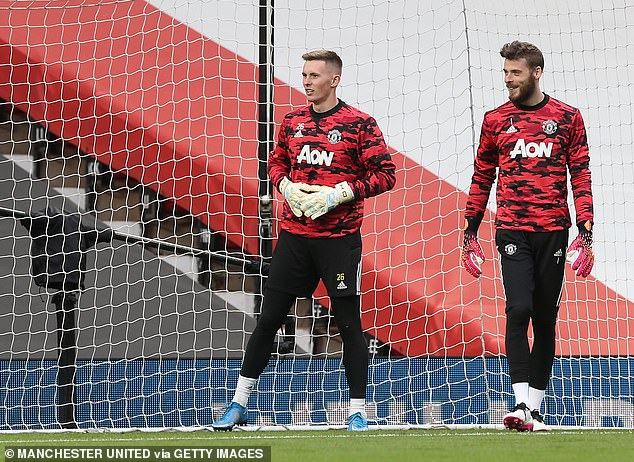 Solskjaer faces some difficult selection decisions and none more so than in goal, where he must choose between Dean Henderson and David de Gea.

Both goalkeepers have played in the Europa League this season. ‘Both have done really well so it will be a difficult call, of course,’ said Solskjaer.

‘It’s probably a different scenario with the keepers than it’s normally been because they’ve shared close to 60 games and both are around the 30 mark.

‘It is always difficult — the human side. You want everyone to get the experience but then you have to pick your 11.’