‘He has told us some secrets!’ Sokratis has offered his new Olympiacos team-mates the inside track on Arsenal, reveals Bruma, as Greek club look to dump Gunners out of the Europa League for second year in a row

Sokratis has been spilling Arsenal’s secrets to his new Olympiacos team-mates as they prepare to meet in the UEFA Europa League for the second successive season.

The Greek team dumped Mikel Arteta’s side out at the last-32 stage last season and now the draw fates have paired them together again one round further on.

Greek defender Sokratis, 32, who played in both legs last season, left Arsenal and joined Olympiacos back in the January window. 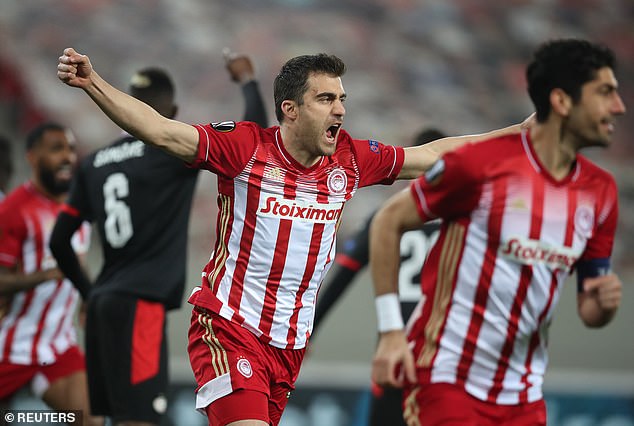 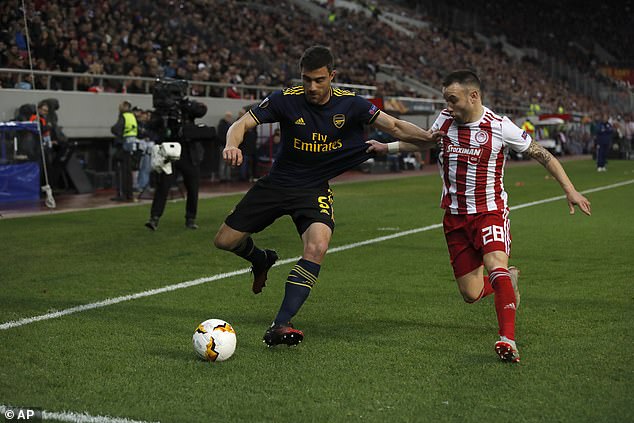 And Olympiacos winger Bruma has revealed that Sokratis has given manager Pedro Martins and the squad a full lowdown on how to get the better of Arsenal once again.

‘He has told us some secrets, but I won’t tell you about any of them,’ Bruma told Goal.

‘Of course, he knows Arsenal’s locker room better than anyone.

‘He is a great player with a lot of experience, he’s played for Milan, Dortmund and Arsenal who are all great, great clubs. 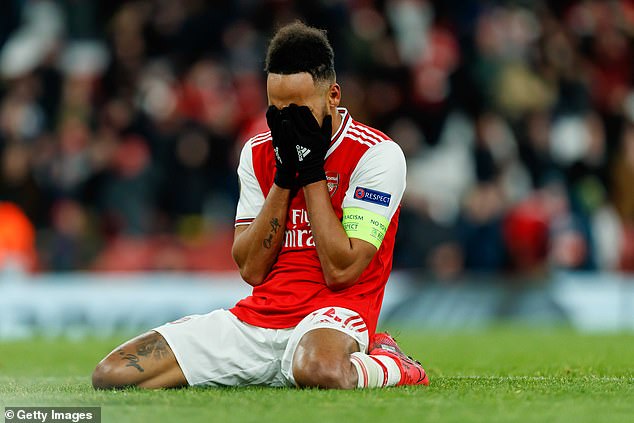 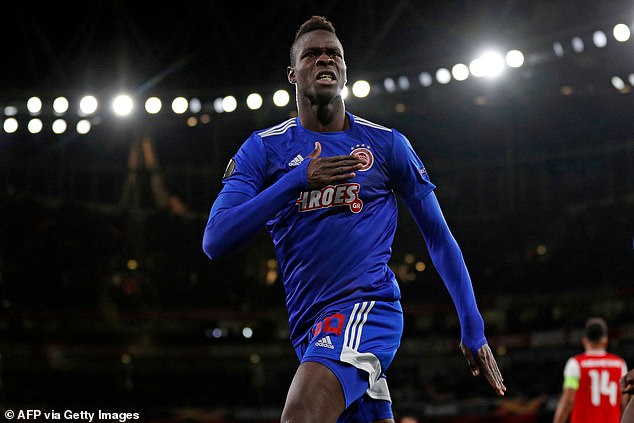 ‘We are really pleased to have him here and I’m sure he’s going to be a big help on Thursday.’

Centre-back Sokratis played 69 times for Arsenal after Unai Emery brought him to the club for £17.6million from Dortmund in the summer of 2018.

He helped Arsenal to the final of the Europa League during his first season, losing to Chelsea in Baku, and finished his second campaign by winning the FA Cup.

But last year’s European hopes ended in disappointment with a surprising exit to Olympiacos. After Arsenal won the first leg 1-0 in Greece, they lost 2-1 after extra time at the Emirates to exit on away goals.

And Bruma said: ‘It’s natural that Arsenal talk about revenge, but every game has its history and everyone is feeling good about this one in our team. 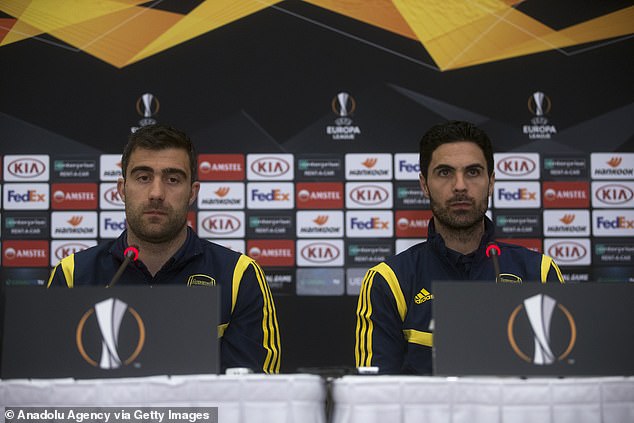 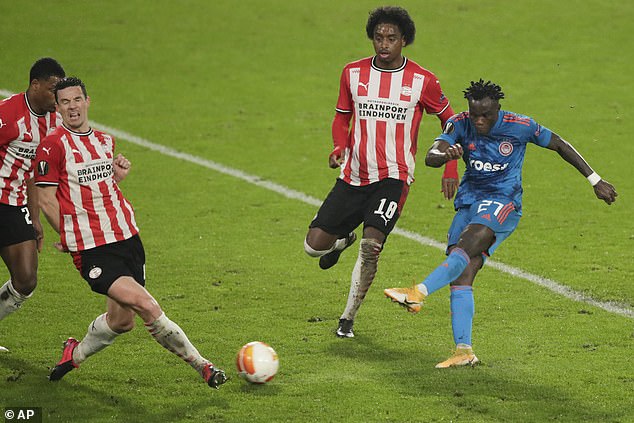 ‘We were on the journey back from Holland after playing PSV [in the last round] when the draw was made and it was a surprise for us all.

‘We were all happy because it’s going to be a great, great game. We want it and despite it not being an easy tie, we are just thinking of winning and that’s all that matters.’

Olympiacos can devote plenty of attention to their European campaign as they have the luxury of a 16-point lead at the top of the Greek Super League, having lost just one domestic game all season.

Their European form has been in stark contrast. They dropped out of the Champions League after the group stage after losing five of their six matches.

But they earned the consolation of a Europa League place and beat PSV Eindhoven 5-4 on aggregate to reach this stage.