The Russian league resumed on Friday in emphatic style as Sochi thrashed Rostov 10-1.

Rostov, fourth in the table, had tried to get the game postponed after six players tested positive for COVID-19 and their first-team squad was quarantined.

But hosts Sochi pushed for the fixture to go ahead and registered a double digit goal tally to claim a vital three points to boost their battle against relegation. 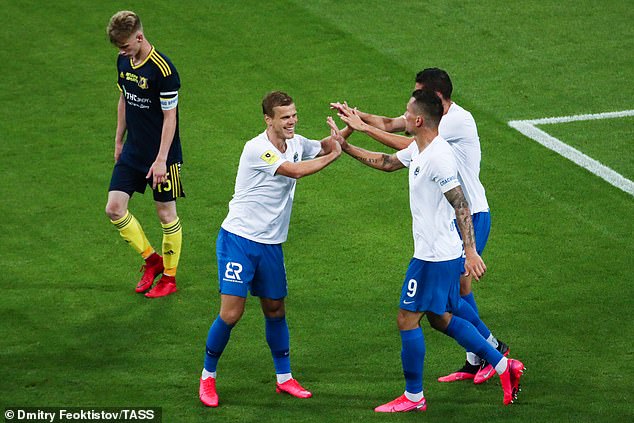 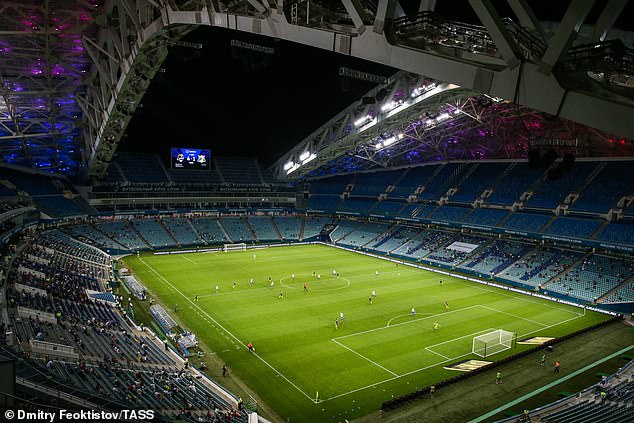 The visitors put out a team of teenagers who, despite helping the side take a first minute lead through Roman Romanov’s strike, were no match compared to Sochi’s first-team stars.

None of the Rostov squad had played first-team football before. The oldest player in the 18-man squad was just 19, while there were three 18-year-olds, two 16 year-olds and a dozen 17-year-olds.

‘We were weaker than our opponents only in terms of our physical characteristics,’ said 17-year-old Roman Romanov, who gave Rostov a first-minute lead, told Match TV. 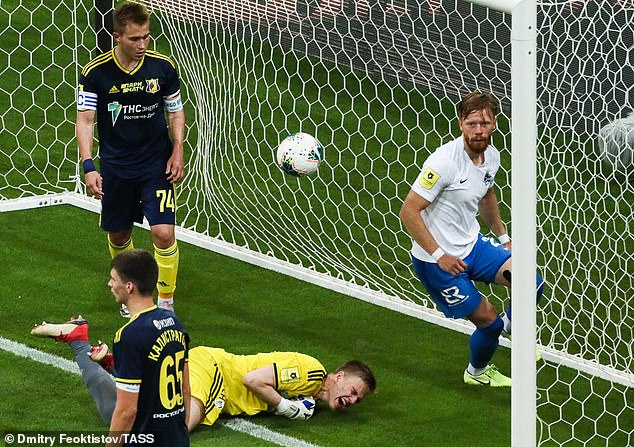 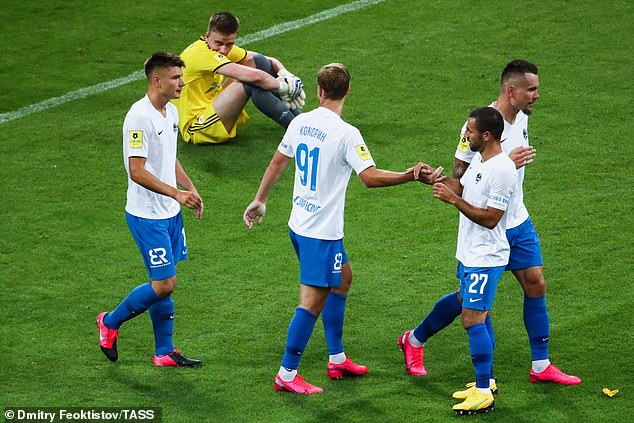 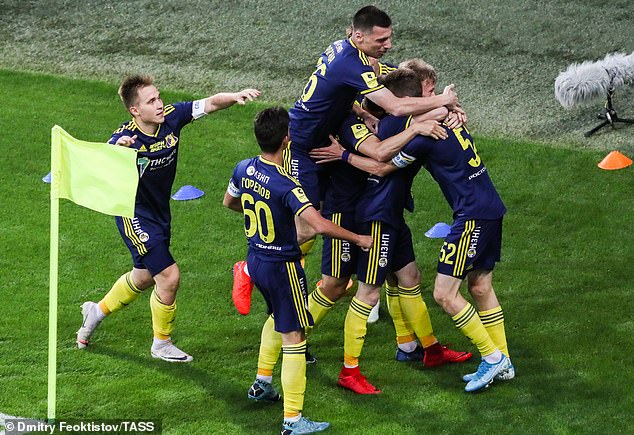 On Thursday, the Russian Football Federation offered to postpone the match until July 19, but this required the agreement of both clubs, and struggling Sochi declined.

Sochi issued a statement declaring the match on only hours before the kick-off.

‘Rostov and Sochi have agreed to stage the game, the 23rd round of the first division. The match is going ahead!’

But a petition organised by Rostov’s main sponsor urged Sochi to show ‘solidarity’.

‘Let’s remind ourselves of the values this sport teaches us. A dignified fight, honest competition, respect for our adversary…’ the petition signed by more than 1,000 people said.

The row clouded the league’s restart after its three-month hiatus.