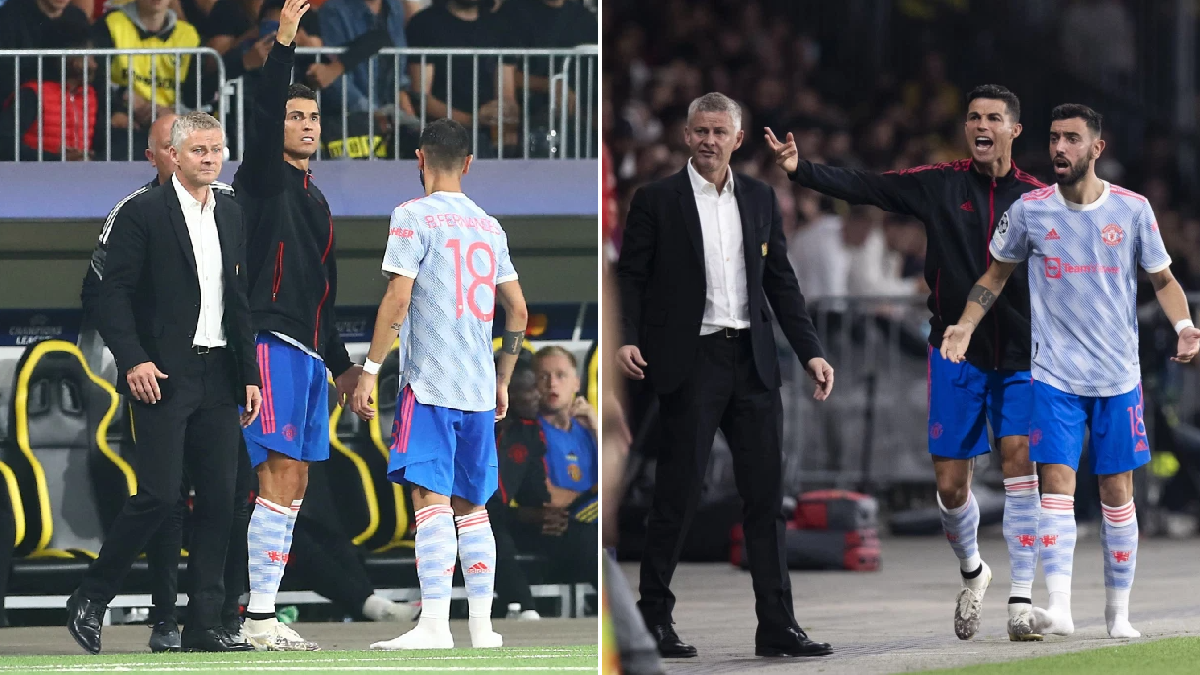 Rio Ferdinand says he would have told Cristiano Ronaldo to ‘sit down’ when the Portuguese star started barking instructions from the touchline during Manchester United’s loss to Young Boys.

The 36-year-old continued his excellent start to life back at the club by opening the scoring in Tuesday’s opening Champions League group game, though United ultimately endured a miserable night in Bern.

Aaron Wan-Bissaka was shown a straight red card shortly before half-time and Young Boys laid siege to United’s goal in the second period, scoring twice to win 2-1 courtesy of a calamitous stoppage-time goal.

Ronaldo, as well as compatriot Bruno Fernandes, were withdrawn in the 72nd minute of the match – a decision which has prompted criticism of manager Ole Gunnar Solskjaer for being too defensive.

But rather than take his place on the bench with the rest of the team, Ronaldo stood up and yelled instructions from the technical area, standing side-by-side with Solskjaer, while Fernandes also joined in.

It is not an uncommon sight to see Ronaldo prowling the touchline, famously doing so after coming off in the Euro 2016 final with Portugal, though former United teammate Ferdinand did not seem too impressed.

Reacting to Ronaldo’s antics on BT Sport afterwards, the former defender said: ‘If I’m the manager, I’ve got to be honest, I’m telling him to sit down.’

Fellow pundit Peter Crouch agreed, chiming in: ‘If I’m sitting on the bench as well I’m telling him to sit down. But he is Cristiano, we’ll let him do it.’