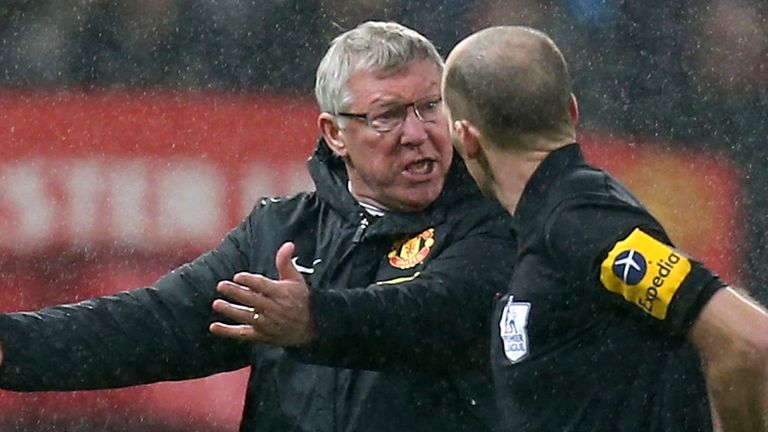 Gary Neville and Graeme Souness recall the psychology tricks of Sir Alex Ferguson, including how he subtly tried to influence referees before big games.

Ferguson became synonymous with the mental side of football management, whether it was in the pre-match press conference, in the dressing room, or through his touchline demeanour.

The man himself has only hinted at a tendency to put pressure on referees during his 26 years in charge of Manchester United, but many of his managerial rivals have spoken out on it, including Rafael Benitez and Harry Redknapp.

Souness, who managed Liverpool, Blackburn, Southampton and Newcastle against Ferguson’s United, is in no doubt either about whether the Scot tried to influence the man in the middle, claiming that United’s players refereed games “en masse”.

He said: “I remember Fergie saying before big games: ‘the referee has to be strong today’ as they were playing against a physical team or he’d pinpoint a player, without naming names, that would go to ground too easily.

“He was always trying to plant a seed in the referees’ head. And it worked.” 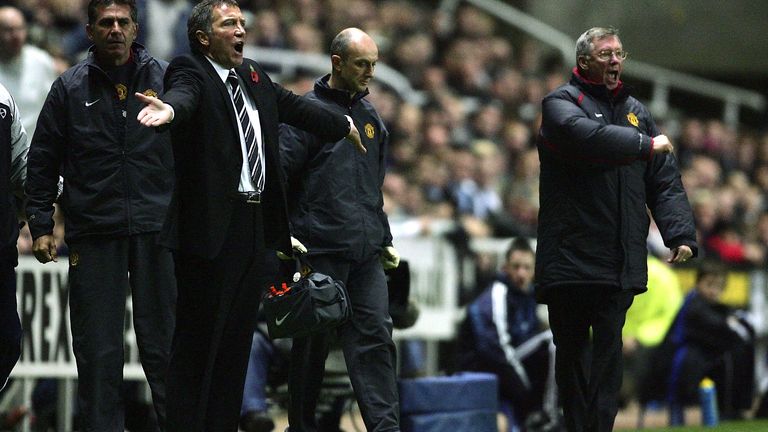 Neville played all his club career under Ferguson for United and their rivalry with Arsenal ranks among the great title battles seen in the Premier League era.

When recalling Ferguson’s ability to make the difference with psychology, Neville used the rivalry with Arsene Wenger’s team as a prime example of how his former manager’s brain worked.

“Sir Alex always felt that players like Thierry Henry and Robert Pires had an air about them that they couldn’t be tackled,” he said.

“He said he didn’t see players getting around them or tackling them. He said the opposition were too busy planning how to swap shirts with them. That would psychologically get into our heads.

“He’d say things like ‘I don’t want Vieira refereeing this game today, or Adams, or Keown’ – he’d say little things like that without ever encouraging us to intimidate the referee. People thought that happened but it didn’t.

“But those little things were the difference in matches. Sir Alex always said ‘find a way to win’ – there was an element of madness to us in the final 10 minutes of matches but that’s the risks he took to win matches.” 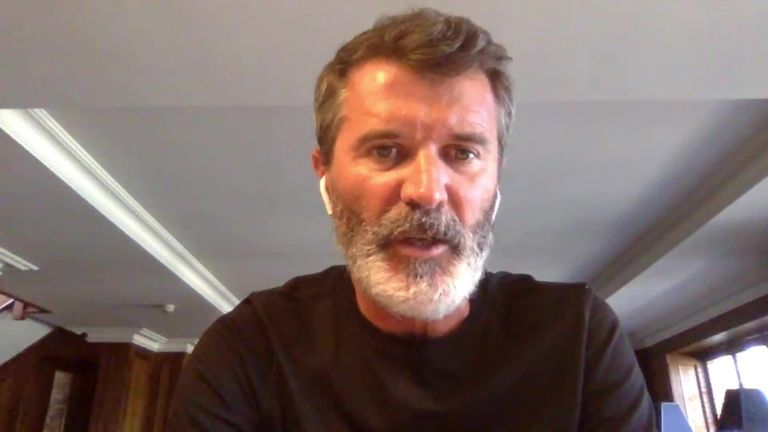 Neville added: “Not just in title run-ins, Sir Alex would identify weaknesses in the opposition, work out what kind of records we’d have under certain referees, at certain grounds – he would really pinpoint the areas of weakness in the opposition.

“If there was one player you could get at. When we played against Arsenal during their ‘Invincible’ era, we played completely different than how we would ordinarily play. He adapted us to certain situations.

“There were certain points he’d identify mentality issues with certain people within the game that would contribute to the game. He was very much into the detail of the battle on matchdays – the mental battle.”

Kevin Keegan was a famous example of being on the receiving end of Ferguson’s barbs during the climax to the 1995-96 Premier League season. That incident wasn’t an isolated one, according to Neville, who admitted his manager would look to gain a mental edge by offering small incentives to opposition managers.

Neville said: “He’d play those games with managers, saying he’d get them a lovely bottle of wine if they beat a rival.

“That would wind up other clubs that were in a title race. He would be always thinking how to get an advantage mentally not just on the pitch from a tactical point of view.”

Souness confirmed he would be on the end of a gift from Sir Alex after doing the double over Arsenal with Blackburn during the 2002/03 season when United edged out the Gunners in a tight title race.