‘He’s a class act and humble’: Chris Wilder praises Jose Mourinho as he reveals duo shared a bottle of red wine after Sheffield United’s victory over Tottenham at Bramall Lane

Chris Wilder celebrated Sheffield United’s first victory since the restart by staying up until 4.30am and finishing the bottles of red wine he had started with Jose Mourinho.

The Blades boss was a little bleary-eyed on Friday when he reflected on the 3-1 win over Tottenham and looked ahead to Sunday’s trip to Burnley.

After four games without a win he admits Thursday’s result was a relief and he toasted it long into the small hours. 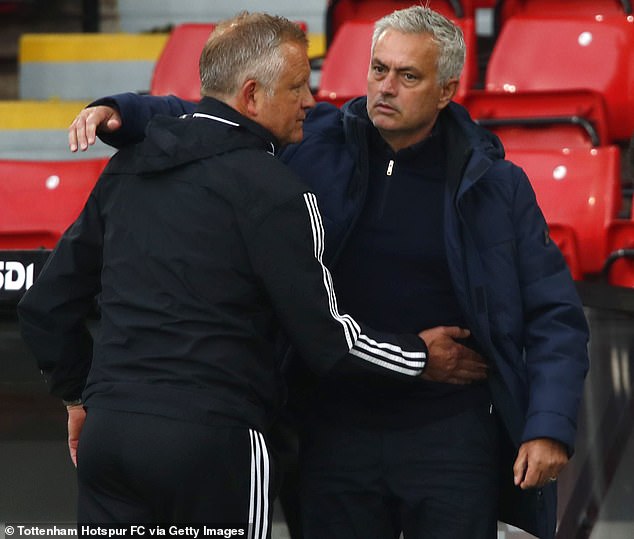 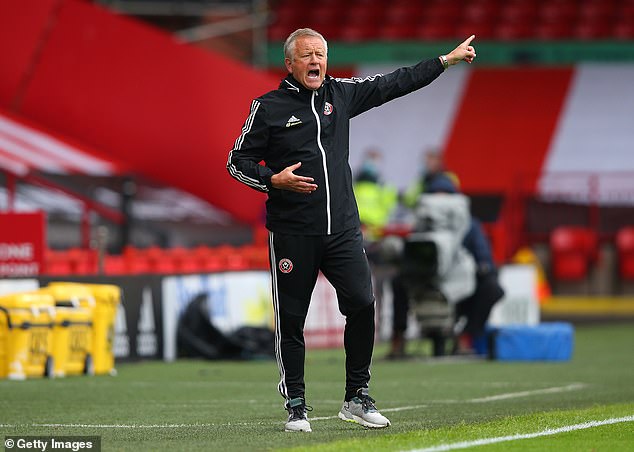 ‘It was a great feeling,’ said Wilder. ‘A win is New Year’s Eve in the Premier League and especially against Tottenham.

‘I was on the red wine afterwards. I went to the chief exec’s office before the game and said, “Any chance you can go and get a couple of bottles of red?”. He produced for me and it wasn’t a £3.99 bottle!

‘Jose came in after the game — I know a dozen more who would have got on the coach and shot off — but he’s a class act and humble. He had a glass of red and I finished it off!’

Meanwhile, wing-back George Baldock revealed that an image mocking the team’s survival chances has motivated them.

Baldock said: ‘We’ve got a group WhatsApp chat and one picture sent around said, “You can’t predict the Premier League table”. All the positions were empty, apart from at 20th where it said, “Sheffield United”.’ 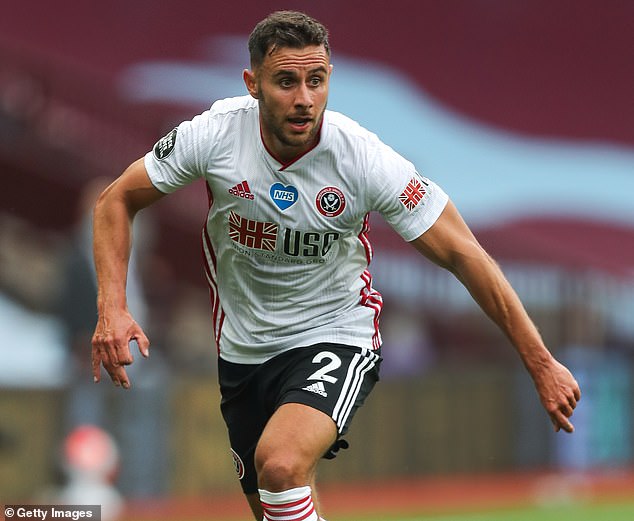