A place in the Europa League final is up for grabs as Sevilla and Manchester United meet in Germany.

Both sides came through tough tests in the quarters and won their respective matches by a single goal, with the Spanish side beating Wolves and the English team seeing off FC Copenhagen.

The winner of this semi-final will have an extra day’s rest ahead of the final compared to Inter Milan or Shakhtar Donetsk, further improving their odds of winning silverware.

Both these teams will be in the Champions League next season after top-four finishes in their respective domestic leagues.

Here’s everything you need to know about the match. 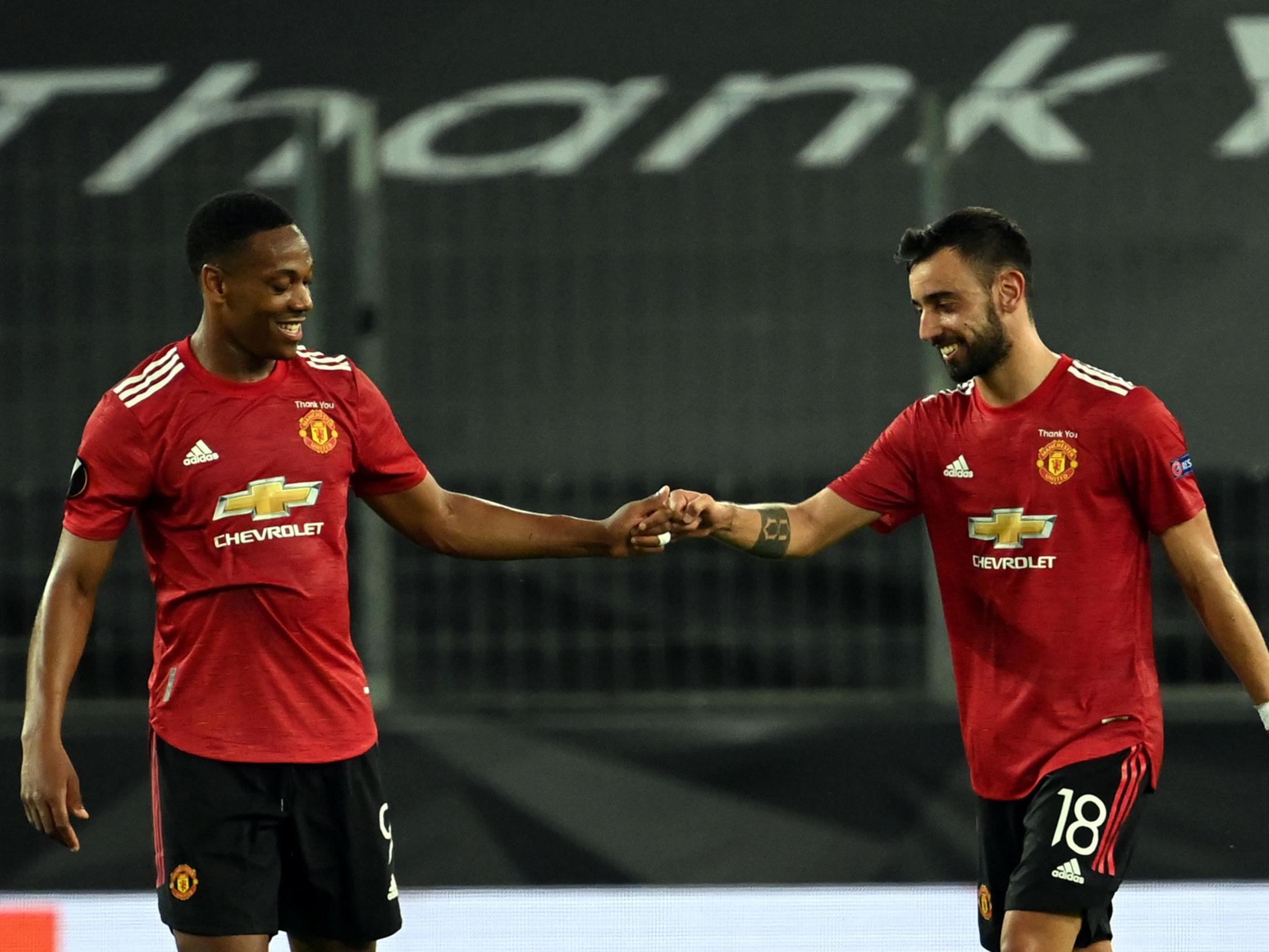 The match will begin at 8pm BST on Sunday 16 August at the RheinEnergieStadion in Koln.

The game will be broadcast live on BT Sport 1 and BT Sport Extra 1, as well as BT Sport Ultimate.

Sevilla should be at full strength, with goalkeeper Tomas Vaclik back – though he might not be picked to play. Nemanja Gudelj is a doubt after a recent absence, but wouldn’t start anyway.

Man United are without the usual defensive trio of Luke Shaw, Phil Jones and Axel Tuanzebe. Marcus Rashford appeared to pull up toward the end of the quarter-final and will face a fitness test before the game.

Both teams will have confidence of reaching the final thanks to their attacking talents on show. It could come down to who makes fewer defensive errors.