Sevilla had unlikely hero as they grabbed a 94th minute equaliser against Real Valladolid on Saturday night.

Julen Lopetegui’s side were heading for a 1-0 defeat until goalkeeper Bono, who had been sent forward for a corner, pounced on a loose ball to score a dramatic leveller.

As the corner came in, the ball was headed across goal and then kept in play twice with Valladolid failing to clear their lines. Bono had stayed in the box and as the ball fell to him in the area, he hit a first-time left-footed shot into the top corner. 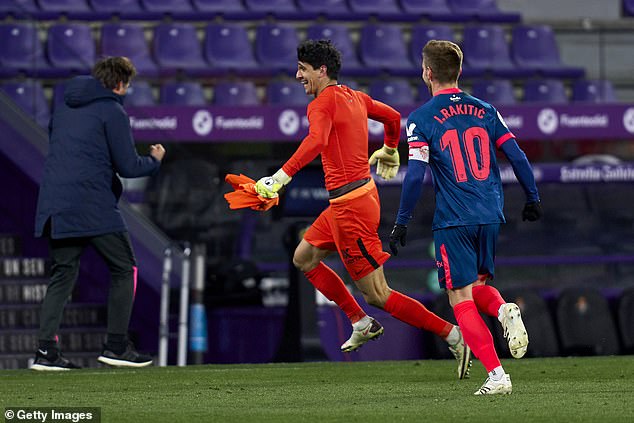 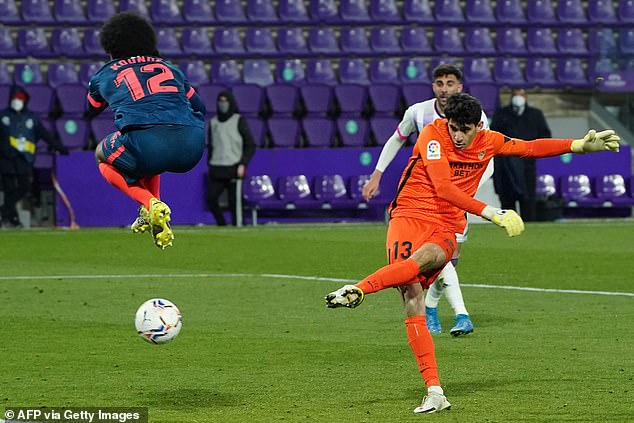 The Moroccan ‘keeper ran over to the bench in delight and waved his shirt in the air as he was mobbed by his team-mates.

Fabian Orellana’s penalty had given the hosts a 1-0 lead at half-time despite Sevilla dominating with 69 per cent possession and 11 shots compared to Valladolid’s three.

Speaking after the game, Bono told Marca: ‘The goal fell to me and I am grateful… the feeling is difficult to describe because I didn’t know how to celebrate it. 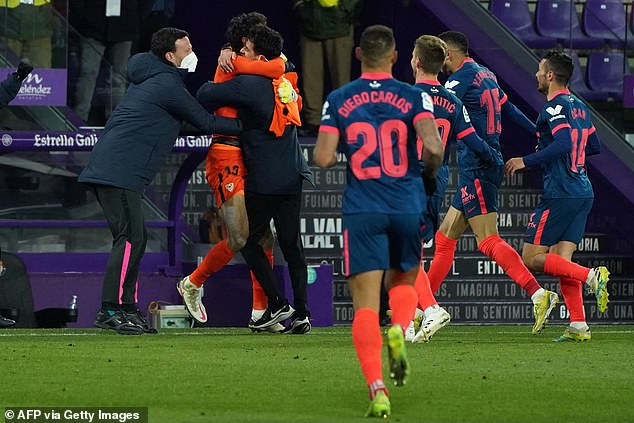 ‘It’s very strange, but hey, the teammates were happy because we deserved more.’

Sevilla have made a habit of goalkeepers scoring dramatic late equalisers with Bono joining Andres Palop in the history books.

In 2007, Palop scored with a header in the dying moments of Sevilla’s UEFA Cup (Europa Leage) last 16 tie against Shakhtar Donetsk which took the tie to extra time.

The Spanish club went on to win on penalties with Palop saving three spot-kicks in the shoot-out.

Manager Lopetegui, who was a goalkeeper himself during his playing career, was full of praise for his No 1.

‘I’ve never scored a goal, not even in training but obviously it’s a great goal from our goalkeeper today,’ Lopetegui said. 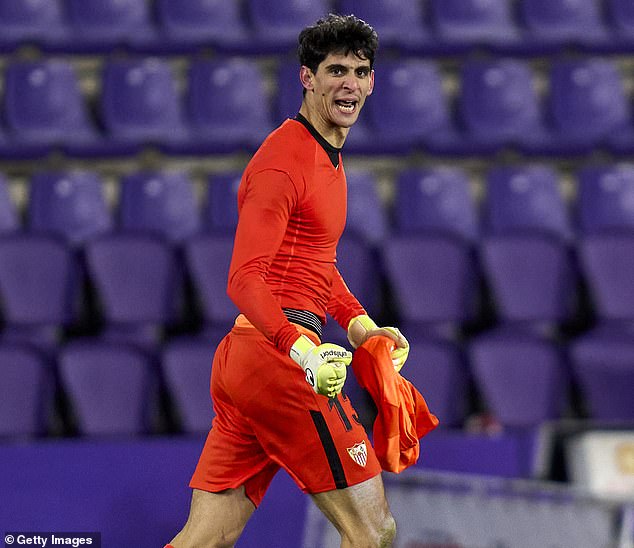 ‘It’s not normal but it gave us some joy at the end of the game when we could have got three points, but it looked like we were going to come away empty handed.

‘I just managed to speak to Bono after the game and obviously congratulated him. I am sure there were a few jokes in the dressing room surrounding Andres Palop’s goal [for Sevilla] because everyone remembers that and it was obviously a very, very important goal in the Europa League and today was a very important goal for us as it came in the final minutes of the game and it helped us rescue a point.

‘We’re very satisfied that we didn’t give up and we kept fighting to try and get back in the game. We kept on pushing and that is one of the characteristics of our team, and we got our reward.’