Premier League: How did the season unfold?

Real Madrid defender Sergio Ramos has been left out of Spain’s squad for this summer’s European Championships. The 35-year-old centre-back has struggled with injuries this season and has not been included in the 24-man squad manager Luis Enrique announced on Monday.

Ramos has started just 15 La Liga games this season for Real but his omission is still a surprise.

He has made 180 appearances for the Spanish national team, winning one World Cup and two European Championship titles.

It is the first time Ramos has not been named in a Spain squad for a major tournament since Euro 2004, but he is far from the only big name to miss out.

Former Barcelona manager Enrique has not named a single Real Madrid player in his squad, which contains just 24 players, despite UEFA allowing teams to bring 26 players due to the impact of the coronavirus pandemic.

It is the first time in Spain’s history that Real Madrid have not provided any players for a major tournament, with Dani Carvajal, Lucas Vazquez, Isco, Nacho and Alvaro Odriozola all also missing out. 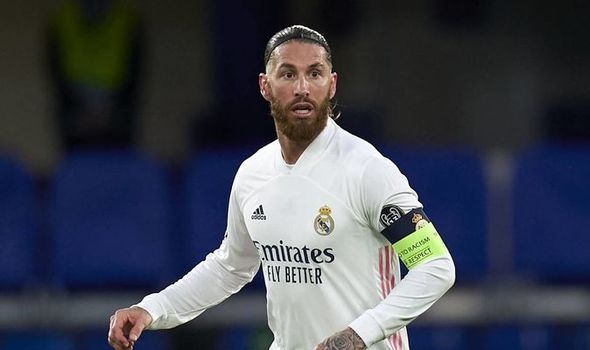 Here is the full squad.