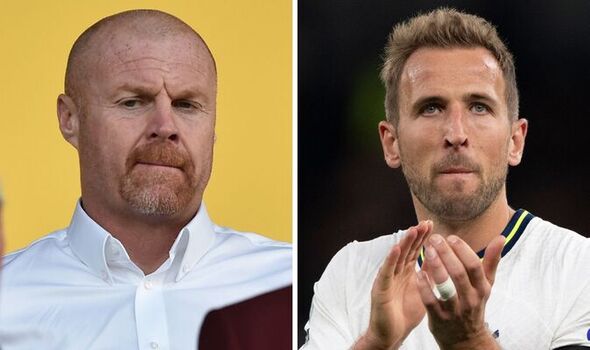 Sean Dyche has revealed he was just £4million short of striking a deal with Tottenham for England captain Harry Kane before the forward’s career exploded. The former Burnley boss, who was relieved of his duties in mid-April after a 10-year spell with the Clarets, even personally called Spurs to try and get the deal over the line.

Dyche was adamant that Kane had the makings of a top player but at the time, there were no guarantees he would make it at Spurs.

Burnley were therefore keen to negotiate a deal as Dyche rang Tim Sherwood to try and push through a move.

Now the 51-year-old has revealed how close the Clarets were to landing the world-class 29-year-old centre-forward – which could have proven to be one of the best signings in history.

Dyche told Ben Foster on the Fozcast: “I phoned up about him. Tim Sherwood immediately said £7m. We (Burnley) were in the market for £3m. I went to the board and they said we can’t do that.” 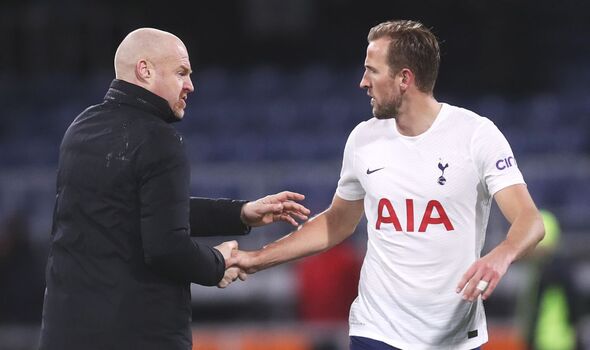 Unfortunately for Burnley, the move failed to materialise as Kane knuckled down to prove his worth in north London, where he has now etched his name into Tottenham’s history books.

It’s not the first time Dyche has discussed his interest in Kane after stating in August 2017: “We made enquiries, but so did a hundred others. I knew him from Millwall, and having played there myself I know that you can learn a lot from that as it’s a tough experience.

“He had a couple of quieter loan spells when things didn’t go to plan, but he seemed to make sense of it all and learn from it.

“Myself and many others rang about him as a young player to see if he was available, and at that time he was on the edge of breaking through anyway, which he did. Tottenham made a good decision in keeping him in there.”

Now-retired British managerial veteran Neil Warnock also revealed he tried to sign Kane when he was in charge of Crystal Palace.

“I tried to get him a few times when I came here,” said Warnock, when working as a pundit at Spurs. “He is a good lad and you know what you are going to get with him. He is an exciting player.

“His first thought when he gets the ball is positive and I like players like that, who commit defenders. He obviously enjoys it, you can tell by the smile on his face. He is a good asset.

“At the time, he was not involved [at Spurs] and we felt there was a chance of getting him on loan. But unfortunately, they were in that horrible cup on a Thursday night.”

Kane has scored a whopping 189 Premier League goals during his time at Tottenham as he looks to chase down Alan Shearer’s record of 260.

The Spurs icon is well on his way to achieving that feat, although his current Tottenham contract is due to expire in the summer of 2024.

There has been some suggestion in Germany that Kane is open-minded about a move to Bayern Munich, who are continuing to monitor his current situation with Tottenham.

Spurs intend to tie their main man down to fresh terms and Kane is thought to be open to extending his contract despite a lack of progress in discussions between the player and club.