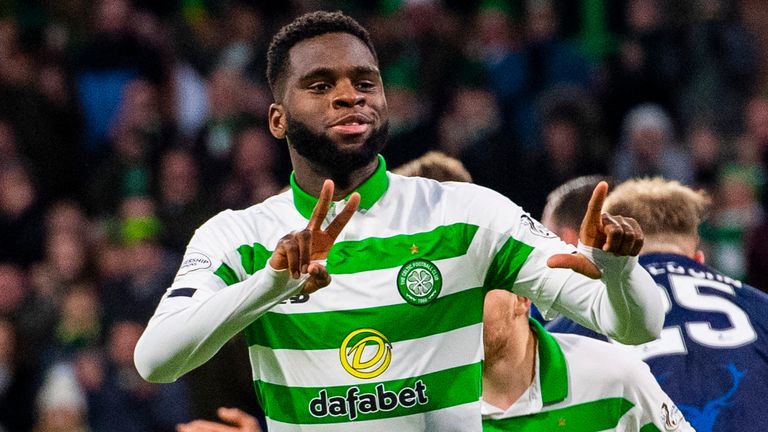 Odsonne Edouard is the outstanding candidate for the Scottish Premiership player of the year, say the pundits – but is he ready for a big-money move?

Scottish football pundits Andy Walker and Kris Boyd joined host Charles Paterson for an in-depth discussion about the standout players in the Scottish Premiership this season. And both agreed that Edouard would get their vote if the player of the year award was handed out tomorrow.

Football across Scotland is currently on hold due to the coronavirus outbreak but at the time of the postponement, the Celtic striker had netted 28 goals across all competitions, taking his tally to 62 goals in his three years at the club.

Download the player of the season podcast on: Spotify | Apple | Castbox | Spreaker

This level of performance hasn’t gone unnoticed with speculation growing over his long-term future at Celtic.

Newcastle are one of a host of teams linked with the striker – a list that includes Arsenal and Leicester according to various reports.

Celtic boss Neil Lennon has confirmed the club are still trying to convince Edouard – whose contract expires in 2022 – to an extended deal.

Speaking on the podcast, Boyd argued the case for Edouard being ready to make the step up, suggesting a move to a top-four team in England would be within his capabilities.

“He’s the outstanding player in the league – a class apart,” said Boyd.

“There’s talk of him going to a mid-table team in England but he should just cut them out and go straight to the top with any of the big guns. He’s got everything. He glides past defenders as if they are not there. He’s got skill, although perhaps one criticism can be his finishing, he tries to place everything in the corners. He’s not from the same finishing school as someone like Leigh Griffiths but in terms of the all round package, he’s the best player in Scotland.

“Yes, he has the supply line from his team-mates but you’ve got to get into those positions. He’ll go right to the top in England – he doesn’t need to prove himself in that regard. If I was Celtic I would hold out for a record-breaking fee as he’ll surpass the £20m for Moussa Dembele. He’s destined for the top.” 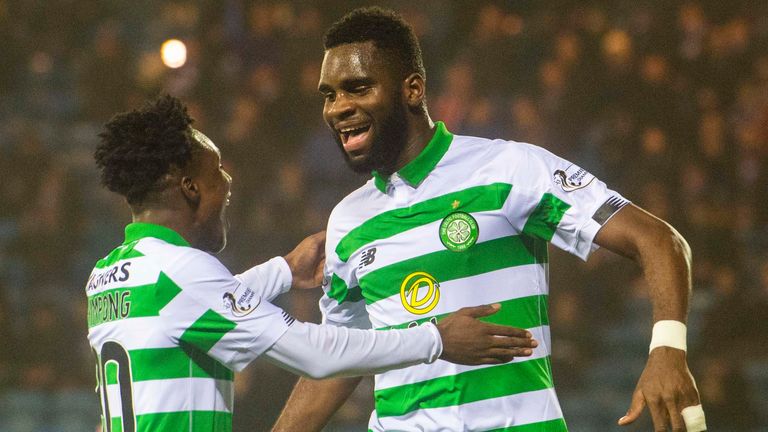 The stories linking Edouard with a move to the Premier League raise the commonly debated question surrounding whether the level of Scottish football is a good guide when it comes to analysing a player’s ability to transfer his skills to the English league.

Walker refuted that suggestion regarding the standard of the Scottish game, using the examples of Virgil van Dijk, Andy Robertson and John McGinn, all of whom were snapped up originally from the Scottish Premiership.

“The market has changed recently as Celtic have managed to get huge fees for players like Dembele,” Walker said.

“It makes me wonder how much of a fee Eduourd will attract – playing European football helps when he’s performing well there and for the French under-21s.

“I think there’s a realisation in England that the talent is there. Virgil van Dijk played in Scotland for years and nobody fancied him until Southampton got him and he made the step to Liverpool. Andy Robertson was the same and John McGinn is a perfect example. As soon as he got settled after 20 games for Aston Villa, there was talk of him moving to Manchester United.

“There is now general acceptance that Scottish football isn’t as bad as some first thought.