It is two years this month that Scott Parker found himself sat in the big chair of the home dugout at Craven Cottage. The circumstances of 2019 were not so different to how they are now in 2021.

Then, his purpose was to mastermind a great escape. Fulham were 10 points from safety with 10 to play, a malaise reflected in Parker’s appointment as their third manager of the 2018/19 season, following on from Slavisa Jokanovic and Claudio Ranieri. With the rot irredeemable, five defeats in Parker’s first five matches confirmed an inevitable relegation.

The circumstances now are much more in his favour. Yes, Fulham are still in the relegation zone, but safety is only two points away. The game extra they have played is offset by Newcastle and Brighton – two and three points ahead, respectively – squaring off on Saturday evening. Anything other than a Brighton win means victory for Fulham on Friday, over Leeds United, will take them out of the bottom three for the first time since the second week of December.

Few would have watched Fulham early on and concluded they’d have even a whiff of staying up with nine games to play. They had just four points after nine, in disarray at the back, cycling through 10 different defensive starters during this period. Each seemingly a clown out of the car stepping on the same old rake.

Thus you could argue the brunt of the“great” part of this particular escape has already happened. Because since Valentines Day, Fulham have picked up 11 points from seven, cutting that gap from eight to two. They also picked up three clean sheets – the most notable in a 1-0 win against Liverpool at Anfield – to take them to nine overall, joint seventh in the Premier League.

In an alternate universe, we may attribute this uptick to the “new manager bounce” fallacy. But here in the reality of Plague Island, the credit is well and truly Parker’s.

Is it time to start giving him credit? Or is that a bit like thanking a surgeon for removing a spike from your foot and limping off as the blood slowly fills your shoe? Fixtures away to Arsenal, Chelsea and Manchester United await Fulham, before a final-day showdown at home to Newcastle. Challenging assignments are still to come.

But maybe for that reason it’s worth stepping off the relentless treadmill of this Covid-20/21 season and toasting Parker for getting to this stage – if only to note the work he has done thus far. And the fact he’s still in the job. The talk up to this point, certainly what has cut through to the mainstream, has been, well, almost exclusively memes.

The melodic pattern of his post-match interviews dovetailing neatly with Mike Skinner’s flow with The Streets. His wholesome, perfectly manicured aesthetic: a boyish facade with a chiselled jaw and perfect hair giving us a glimpse of what Band of Brothers would have been in Disney’s hands. A GQ Action Man doll that could steal Barbie away from Ken. 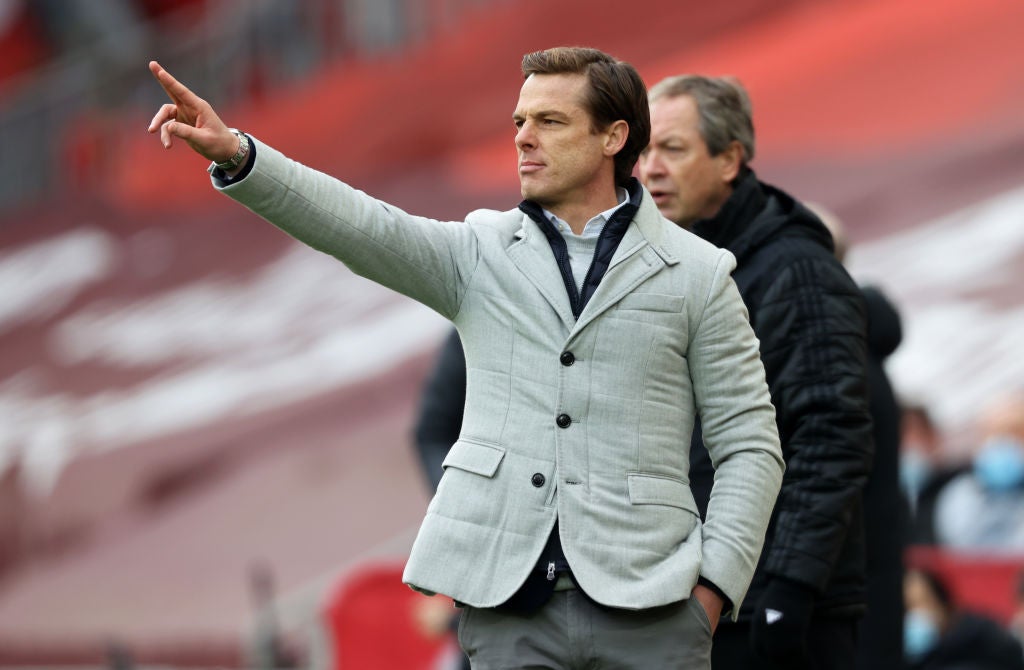 Yet what we have before us is a manager growing into his own perfect skin. After a season of individual growth in the Championship and months of trial and error in the top-flight, Parker seems to have found a way to thrive, not just merely exist. Though an 18th placing does not suggest it, the 40-year-old is doing a lot right.

The upturn in form has come through peristing with a flowing style that is starting to return points. Fulham are seventh when it comes to passes made in the opposition half and ninth for chances created out of the 20 league sides. In a perfect expected Goals world, they would be 14th. Alas, this imperfect one on Plague Island has seen just 22 goals for them. Nevertheless, the right moves are being made.

To be fair, this triumph of persistence and belief has not gone totally unnoticed. “He’s gone through difficult moments in the Championship and in the Premier League and in all of them, he’s managed to overcome them by imposing his philosophy, and the system that he uses is a very creative one,” said Marcelo Bielsa, a pretty sound judge on those matters.

Parker’s personnel management also warrants praise. We can probably start with the fact that Aleksandar ­Mitrovic and Abou Kamara remain willing teammates in west London despite their tear-up during a yoga session at the start of 2019.

But the care behind the scenes among the less volatile members of the group has ensured the early missteps had not gutted morale. The word is his rapport with the playing staff was one of the reasons Fulham’s decision-makers kept faith with Parker when others might have cast him aside.

Perhaps the clearest sign of a happy camp is how well temporary players have integrated. Goalkeeper Alphonse Areola (Paris Saint-Germain), centre-back and captain Joachim Andersen (Lyon), spritely craftsman Ademola Lookman (RB Leipzig) and livelier Josh Maja (Bordeaux) are all on deals that expire at the end of the season. Yet these loan rangers have committed to the cause, playing critical roles in this burst that takes Fulham into the home straight.

And yet, no one inside the club or us out of it are engaging in any false pretences. Outright and worthwhile judgement will only come after 38 games. No one could be critical of Fulham if they low-blocked their way to safety.

Leeds, the first of the remaining four home fixtures, will be a stern test of their mettle. Bielsa’s side are the league’s great equalisers: their controlled chaos a dare to all-comers to lay down their arms, disregard their principles and indulge in a bare-knuckle scrap. The desperation for just a sixth win in what would be 30 attempts may see Fulham do just that.

In many ways, we’ll find out how robust Fulham’s belief actually is, in a few different things. In the numbers, and the idea that eventually xG turns to G. In Parker, and his understanding of this group, and their fighting spirit. And that this time, unlike 2019, Fulham have enough in the camp to survive.