Billy Gilmour filmed grinning from ear to ear after uncapped 19-year-old finds out he is in Scotland’s Euro 2020 squad to take on England, Czech Republic and Croatia as Steve Clarke names 26-man group for first major tournament in 23 years

Uncapped midfielder Billy Gilmour has been included in Scotland’s 26-man squad for the European Championships.

He will offer a ball-playing option in midfield with Scotland competing at their first major tournament in 23 years and is joined by fellow youngsters Nathan Patterson and David Turnbull. 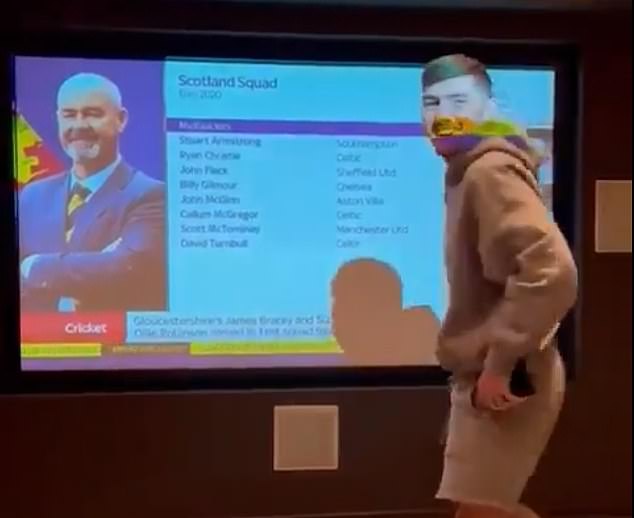 Gilmour grinned from ear-to-ear as he watched Sky Sports for the announcement, filmed by team-mate Ben Chilwell.

Scotland will host the Czech Republic and Croatia at Hampden either side of a trip to Wembley to face the Auld Enemy England.

Chelsea midfielder Gilmour has emerged as a star of the future after moving to Stamford Bridge from Rangers, featuring in a number of high-profile Premier League and European clashes.

Clarke had until now resisted the urge to hand the deep-lying playmaker a senior call-up but the Scotland Under-21 player will now get his chance to prove he can make his mark on the international stage. 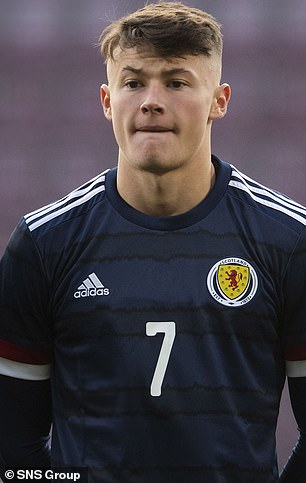 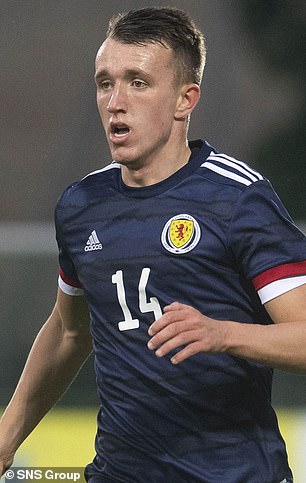 Patterson is another highly-rated teen talent, with his Ibrox boss Steven Gerrard even claiming the defender was one of the nation’s ‘brightest prospects ever in terms of right-back’.

With just 16 appearances to his name, it was feared a four-game ban he received for breaching lockdown rules earlier this year would count him out but Clarke has decided to forgive and forget that indiscretion.

Celtic ace Turnbull has also impressed in his first year at Parkhead. In a season of darkness and despair for Hoops supporters, the former Motherwell midfielder has been the one shining light, contributing 10 goals and eight assists.

Turnbull’s club team-mate James Forrest returns to the national team fold after a year of injury, while Newcastle’s Ryan Fraser is included despite his Magpies boss Steve Bruce admitting it would be a gamble for him to join Clarke’s squad having not kicked a ball since March due to a groin injury.

But there is disappointment for the likes of Liam Palmer, Leigh Griffiths, Lawrence Shankland and Andy Considine, who have all been involved recently.

Ryan Jack, Kenny McLean and Oli McBurnie had already been ruled out through injury. 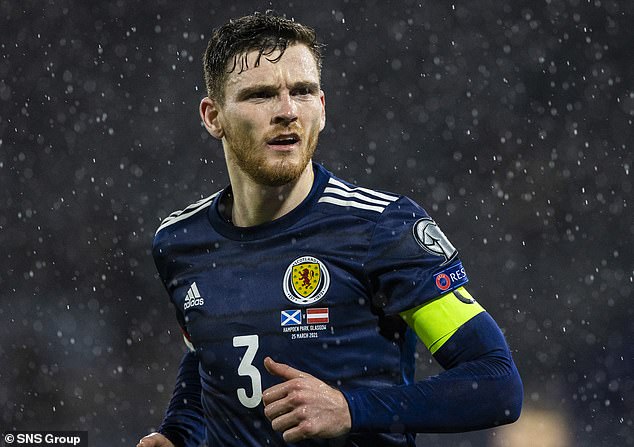 And there is no place either for Ryan Gauld despite the Farense forward’s impressive form in Portugal this season.

Liverpool ace Andy Robertson will become the first man since Colin Hendry at the 1998 World Cup to lead out the Scots at a major tournament when he marches out of the Hampden tunnel to face the Czechs on June 14.

David Marshall – whose vital spot-kick save from Serbia’s Aleksandar Mitrovic sealed qualification – is expected to start again in goal ahead of Craig Gordon and Jon McLaughlin.