Samuel Eto’o reveals he offered a young Lionel Messi ‘career-changing’ advice to ‘fix two or three things’ that helped propel the Argentine to stardom at Barcelona… but he won’t reveal his words of wisdom!

Former Barcelona striker Samuel Eto’o has revealed he provided a young Lionel Messi with ‘career-changing’ advice during their days together at the Nou Camp.

The pair were team-mates for a number of seasons from Messi’s breakthrough into the Barcelona first team during the 2004-05 season until Eto’o’s departure for Inter Milan in 2009.

And while Messi’s prodigious talent was the worst-kept secret in La Masia at the time, the Argentine apparently feels indebted to the words of wisdom imparted by Eto’o. 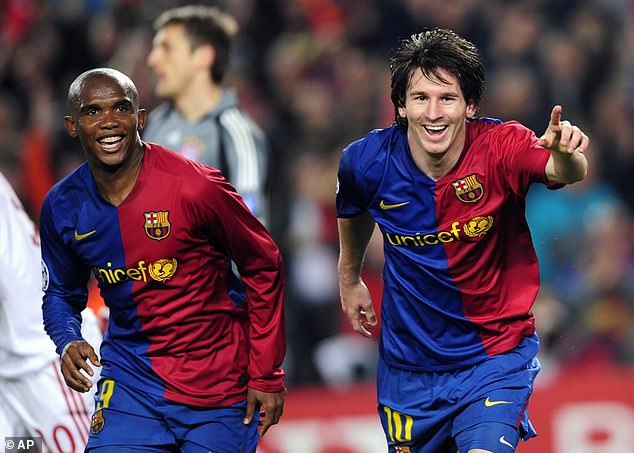 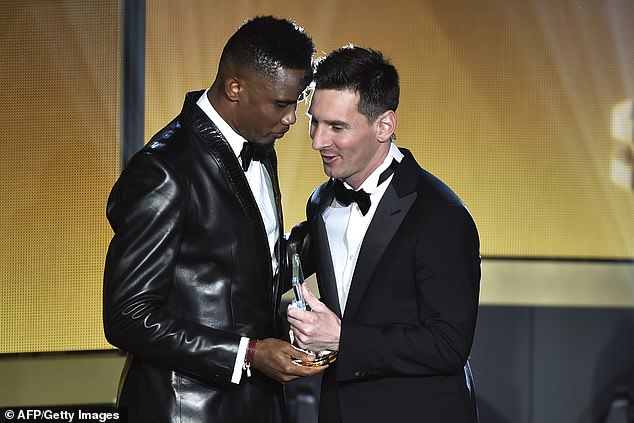 ‘[Messi] confessed to me that, thanks to my advice, which I am not going to reveal, his career had changed,’ ex-Cameroon striker Eto’o told DAZN.

‘One day he said: ‘Thanks to Samuel, my career changed.

‘He had to fix two or three things but he has always had the talent.

Eto’o, now 39, enjoyed five successful years at Barcelona, with his 130 goals in 199 appearances helping them win the Champions League twice as well as three LaLiga titles and one Spanish Cup.

But Messi, 32, has surpassed all records at the club, with 627 goals in 718 appearances, winning the Champions League four times plus 10 league titles, six Spanish Cups and a host of other medals. 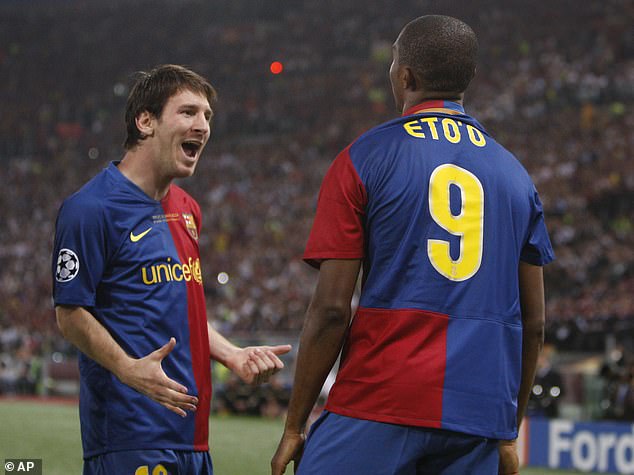 Messi and Eto’o went on to win two Champions League titles together, in 2006 and in 2009 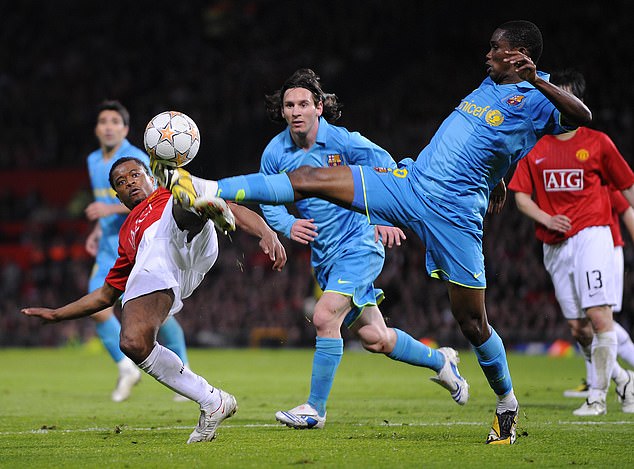 Eto’o knew full well at the time that Messi would become a one-off players.

‘He was going up and down from La Masia to the first team,’ he added.

‘We already knew that one day Messi was going to be what he is.

‘I am happy because he has made it in the end, thanks to himself.

‘He showed me that nothing has changed. He is still the good person I met.’

Eto’o was man of the match and scored when Barcelona beat Arsenal 2-1 to win the Champions League final of 2006, a game Messi missed through injury.

And both were on the scoresheet as Barcelona beat Manchester United 2-0 to win the 2009 final in Rome.