‘It is clever from them’: RB Salzburg coach Jesse Marsch reveals why Liverpool keep signing their players… with three former stars in Takumi Minamino, Sadio Mane and Naby Keita all moving on to Anfield

Takumi Minamino became the latest man to leave the Austrian side for Anfield after completing a £7.5million move in January, joining fellow ex-Salzburg players Naby Keita and Sadio Mane.

Keita first moved to RB Leipzig before signing for Liverpool while Mane’s route to Merseyside included a two-year spell at Southampton. 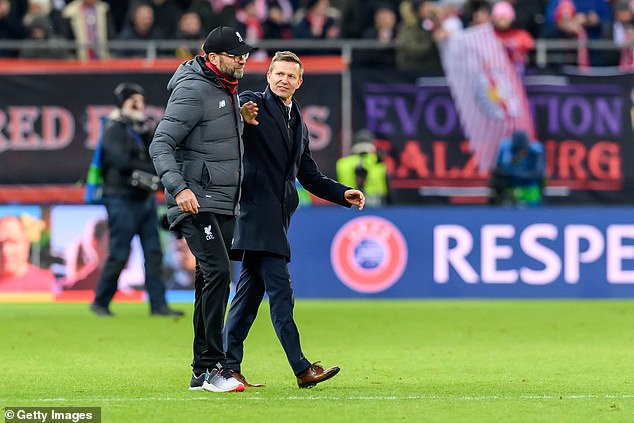 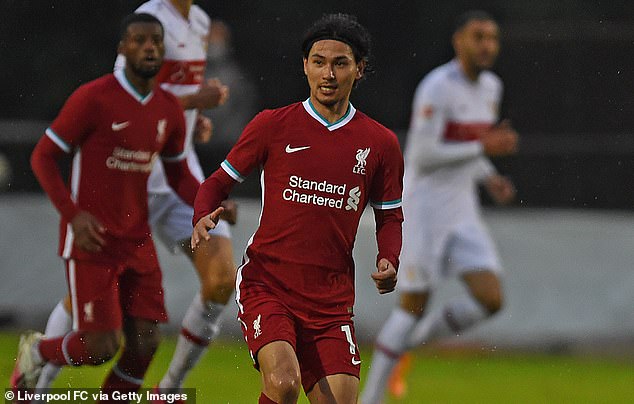 Marsch said he believes Jurgen Klopp looks at players in the Salzburg side because of the two clubs have similar styles of play.

‘Klopp doesn’t call me directly! But I was in the office when they first called about Taki and it was before we played them in the second [Champions League] game and it is clever from them,’ Marsch told Goal.

‘I have even often said to our scouting department maybe the best way of thinking about how to scout players is to think about what leagues and clubs around the world play a similar brand of football to what we do. 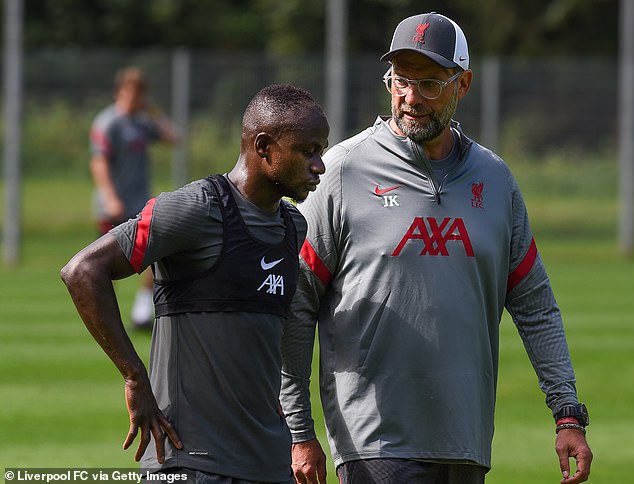 ‘Maybe that’s a good starting point to think about how we can find good young players to integrate into what we do. Essentially, that’s the strategy that Jurgen Klopp has adopted and he has had success with that.

‘I’ve been asked before about which players from Leipzig and Salzburg could join Liverpool right away, off the top of my head, I could pick five players from each side that would fit into Liverpool perfectly. Then, it would just be about adapting to the level.

‘That’s similar to what Taki Minamino is going through right now, he is equipped with all the tools to play in that team and it is just about adapting to the level which things are done. 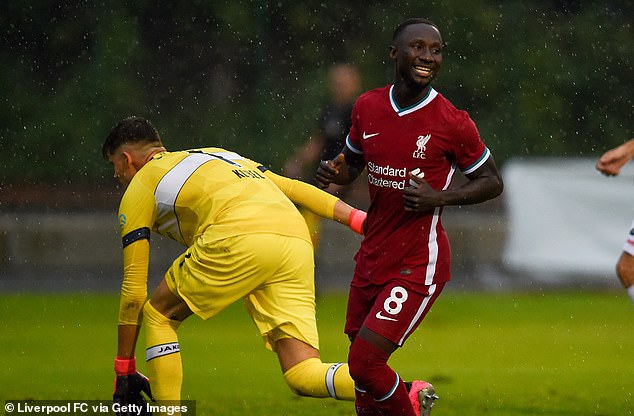 ‘I think this team takes it as a big compliment that a club like Liverpool and a coach like Jurgen Klopp thinks so highly of us.’

Liverpool have been preparing for the start of the new Premier League season with a training camp in Austria and will take on Salzburg in a friendly on Thursday.

The Reds recorded a 3-0 victory over Stuttgart on Saturday with new signing Kostas Tsimikas making his debut as Keita, Roberto Firmino and Rhian Brewster got themselves on the scoresheet.