Not quite Portuguese warmth is it Rui? Patricio covers up completely in the cold with black blanket as he watches Wolves in FA Cup action against Southampton

Rui Patricio felt the cold of the West Midlands air as he was comically seen covering his full body with a blanket on the bench while watching his Wolves side in action.

The 32-year-old goalkeeper was named among the substitutes as the Molineux side crashed out of the FA Cup in their fifth round tie against Southampton.

The Portugal international was replaced by John Ruddy in the starting XI by Nuno Espirito Santo, and the Wolves No 2 was slightly unfortunate to see Danny Ings’ opener slip past him in their 2-0 defeat. 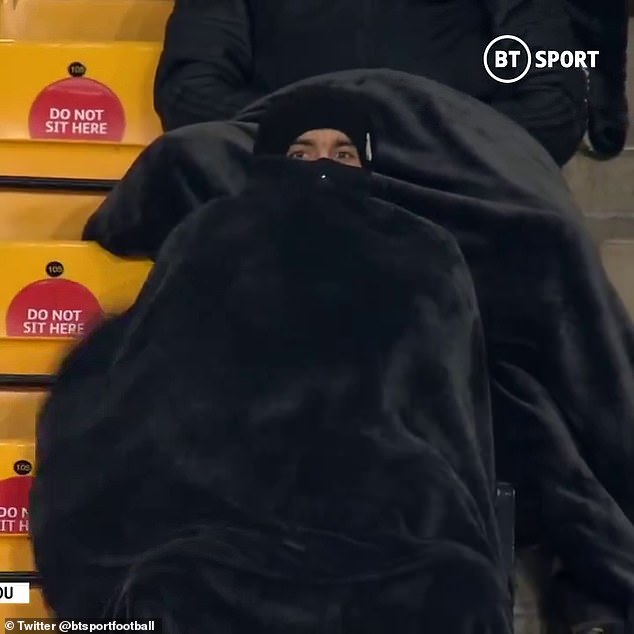 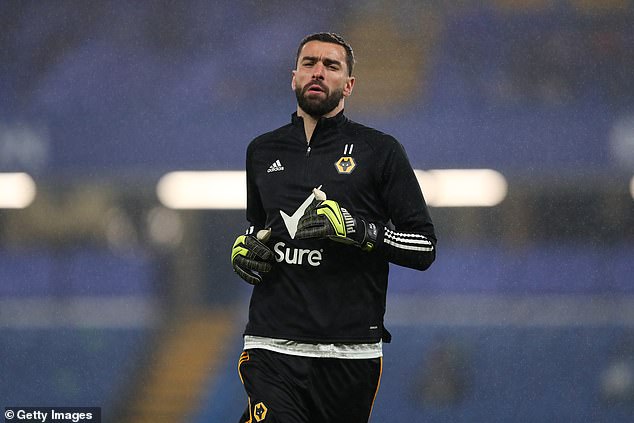 But while he has proved to be a reliable goalkeeper over the years, he also gave a perfect example of how to keep warm in the freezing West Midlands conditions, with the match taking place at a temperature below freezing.

The goalkeeper was wearing a black mask and hat to keep himself as warm as possible on the bench, but drew laughs from the commentary box when he began to put a blanket over both his shoulders.

Commentator Peter Drury said: ‘That what it means to be sub goalkeeper tonight, Rui Patricio is not anticipating playing.’

Co-commentator Steve McManaman added: ‘I like the fact that you can tell from his eyes and his eyebrows that is Rui Patricio!’ 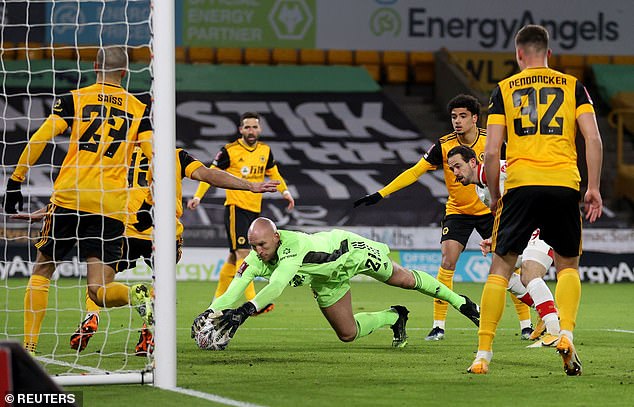 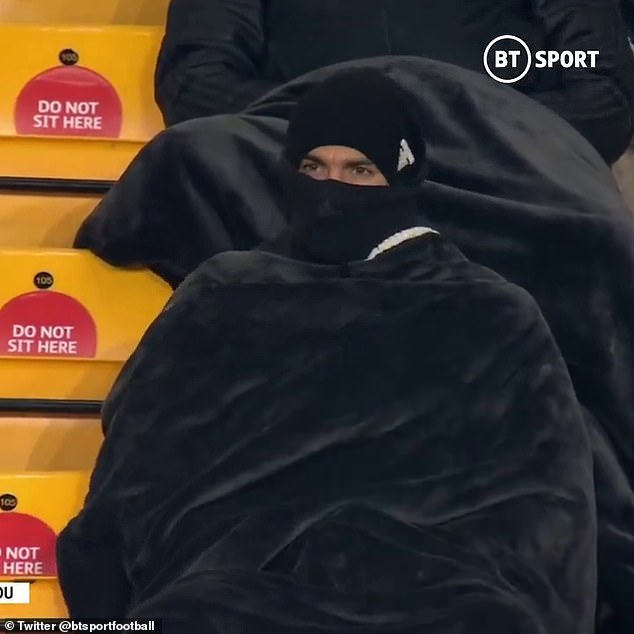 Fans also reacted hysterically, with one tweeting: ‘ Rui Patricio tucked up and ready for bed already,’ while another added: ‘Rui Patricio is a mood right now.’

Another fan meanwhile was glad to be camped at home, stating: ‘I’d love to be at Molineux right now (roll on the day when it can happen!!) but seeing Rui Patricio wrapped up in a blanket on our bench makes me glad I’m in the warm at home.’

The comic moment came on another miserable night for Wolves though, as they were defeated by Ralph Hasenhuttl’s side.

Danny Ings scored with his trailing leg after Ruddy had saved his initial shot before Stuart Armstrong netted a late second to seal the win after a poor clearance from the former Norwich shotstopper. 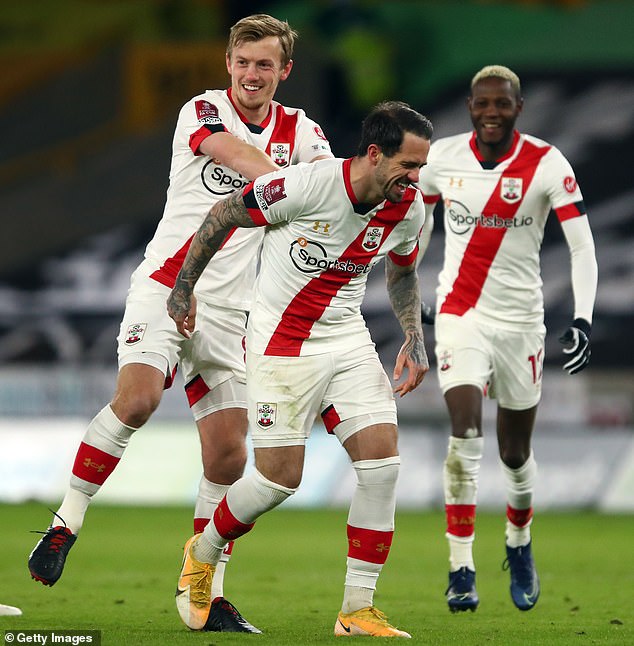