‘You’re Liverpool Football Club, if you keep behaving like that, it will be another 30 years before you win another title’: Roy Keane SAVAGES Jurgen Klopp for making ‘excuse after excuse’ and says his side have been ‘bad champions’

Roy Keane slammed Liverpool for being ‘bad champions’ and making ‘excuses after excuses’ after their Premier League title bid was dashed by a 4-1 loss to Manchester City.

The Reds were outclassed by Pep Guardiola’s City as two goals from Ilkay Gundogan and strikes from Raheem Sterling and Phil Foden moved Anfield’s visitors ten points clear of Jurgen Klopp’s side with a game in hand.

Liverpool are now 27 points worse off than last season, the worst decline by any Premier League champions in history and Keane claimed the Reds became too complacent after winning their first title in 30 years last term.

Keane told Sky Sports: ‘We spoke before the game about them making a lot of excuses, to me they’ve been bad champions. 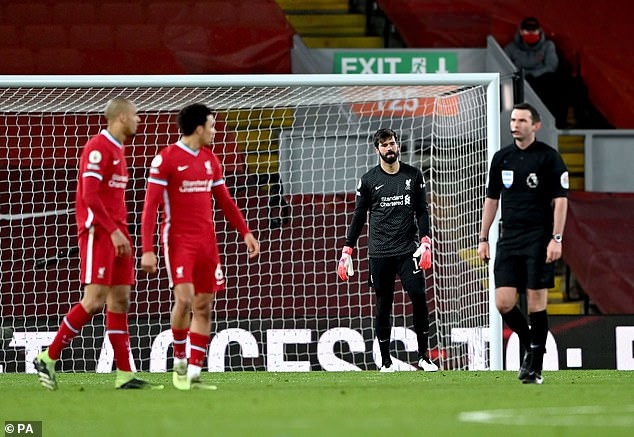 ‘We spoke about some sort of drop off (this season), they won the league last year and they believed their own hype and thought “we could beat other teams”.

‘When you win the title, you think, “can we get it again?” I never thought that from this group. They went, “Let’s enjoy this.” I never heard any of the players saying “Let’s do it again.” Now we’re talking about the top four and it being their target.’

After Gundogan scored his first to put City in front early in the second-half, Liverpool levelled through Mohamed Salah’s penalty following Ruben Dias’ foul on the Egyptian. 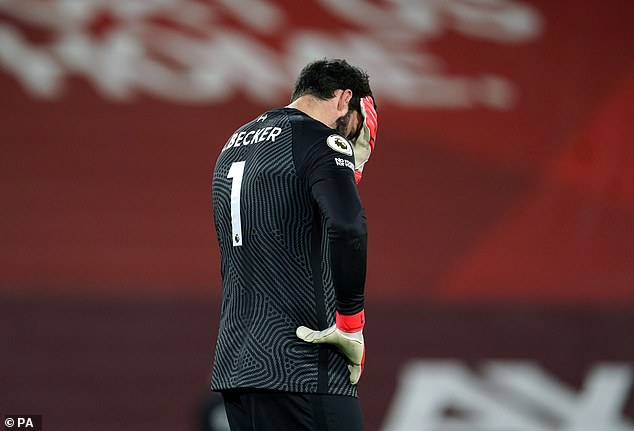 But two massive mistakes from Reds goalkeeper Alisson put City in control at Anfield. The Brazilian goalkeeper gave possession away to Guardiola’s side on two occasions – with Gundogan and Sterling taking advantage. 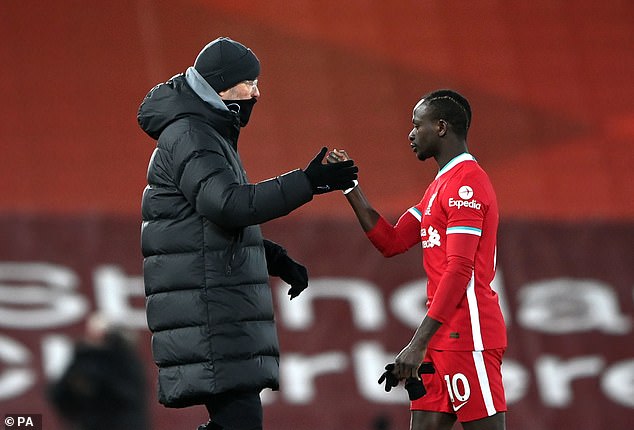 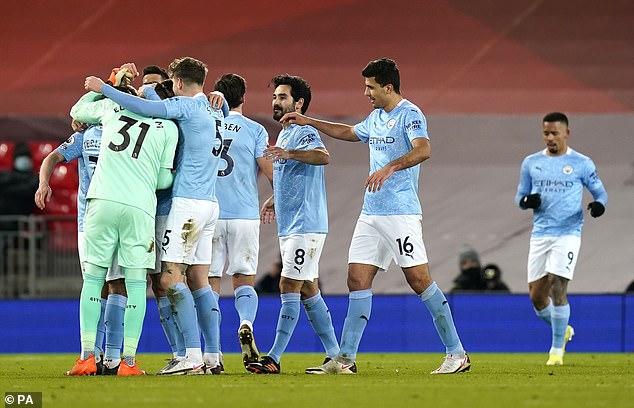 Keane added: ‘You keep telling me Liverpool is a huge club. If you’re a huge club you have to deal with setbacks.

‘If you want to look at Man City and the form they’ve been on, you can say they’re missing their two best players. Liverpool still had their best attacking players on the pitch, still had the best goalkeeper. International players in midfield.

‘Klopp was saying maybe the goalkeeper’s feet were cold. It’s excuse after excuse. It just goes on and on. Just get on with it. You’re Liverpool Football Club, if you keep behaving like that, it will be another 30 years before you win another title.’